MotoGP heads to Misano for the 14th round of the 2021 world championship season, the San Marino Grand Prix, to complete its latest double-header.

Following Francesco Bagnaia’s maiden MotoGP victory at the Aragon GP last weekend, the MotoGP paddock travels to Misano for the first of two races at the Italian circuit this season.

Fabio Quartararo continues to lead the MotoGP standings having seen his advantage at the top of the championship trimmed to 53 points by Bagnaia’s win, with the French rider targeting a fightback at Misano where Yamaha has performed very well having taken the most wins (eight) of any manufacturer in the MotoGP era.

But with Quartararo uncharacteristically struggling at Misano last year, despite finishing runner-up to Marc Marquez on his first visit to the track as a MotoGP rider in 2019, it could see the top two in the title race go head-to-head.

Bagnaia grabbed his first MotoGP podium in the Misano opener last year, and while he crashed out of the lead of the second race, he is one of the strong favourites this weekend after his breakthrough win at Aragon.

Joan Mir will also be hoping to join the fight at the front after missing out in Aragon, having to settle for third place for Suzuki, as his chances of defending his MotoGP crown begin to dwindle 57 points behind Quartararo with only five races to go this year.

The San Marino GP should also welcome back two familiar races to the MotoGP grid. Franco Morbidelli is lined up to return at Misano for his promotion to the factory Yamaha team after the dismissal of Maverick Vinales, while Andrea Dovizioso will end his sabbatical early to slot into the Petronas SRT Yamaha line-up as Morbidelli’s permanent replacement alongside Valentino Rossi.

The new-look SRT squad will also be unveiled during the San Marino GP, with the current team set to quit MotoGP at the end of 2021. 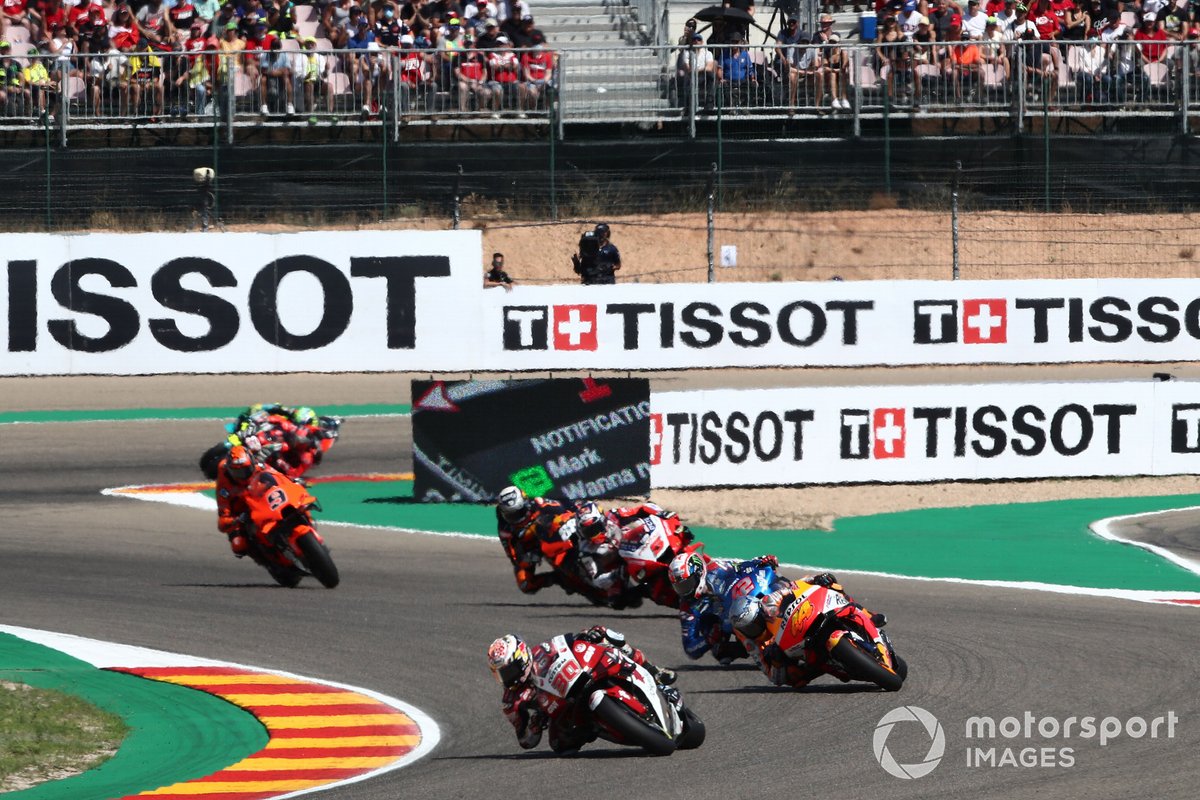 MotoGP will run its standard schedule across the San Marino GP on Friday and Saturday, with two practice sessions on Friday that will run for 45 minutes each. On Saturday third practice will also run for 45 minutes, with the top 10 on the combined FP1-2-3 timesheet automatically entering into Q2 of qualifying. A final 30-minute FP4 session is held on Saturday afternoon ahead of qualifying.

Q2 is the pole position shootout which decides the order of the front four rows, with the rest of the grid organised on Q1 times, for the San Marino GP on Sunday.

Moto2, Moto3 and MotoE are also in action during the San Marino GP. 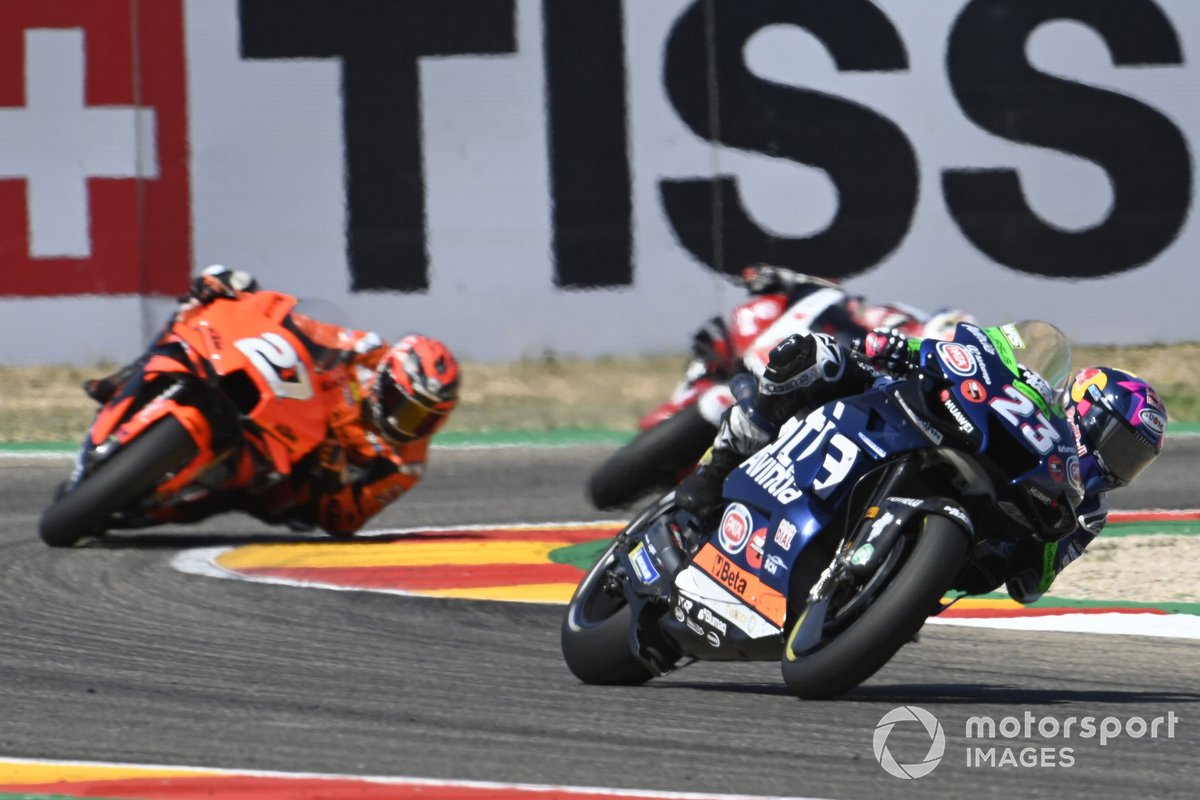 BT Sport’s live coverage of Sunday’s action starts with the warm-up sessions at 7:30am BST, taken from the world feed, before switching to its own broadcast at 09:15am BST for the pre-race show ahead of the Moto3 race.

Can I stream the San Marino MotoGP?

Viewers in the United Kingdom can also stream the San Marino GP by purchasing a video pass from MotoGP.com. A one-off video pass, the remainder of the 2021 MotoGP season, costs £38.36p.

Misano is set for largely warm and dry conditions throughout the weekend, but with some cloudy spells and a chance of a rain shower on Sunday. Highs of 25 degrees Celsius are forecast on race day, which is three degrees cooler than the Aragon GP.