After a dramatic Austrian Grand Prix, MotoGP stays at the Red Bull Ring for the second leg of the double-header with the Styrian GP

With the paddock reflecting on a stunning Austrian race that was overshadowed by a huge crash involving Johann Zarco and Franco Morbidelli, MotoGP will return to action at the same track as part of the shaken-up 2020 race calendar following the COVID-19 pandemic postponements and cancellations.

The crash and Red Bull Ring track safety is set to dominate conversation with MotoGP facing the unusual prospect of racing at the same circuit for consecutive weekends - a situation already completed at Jerez and will also take place at Misano, Aragon and Valencia as part of the reshuffled calendar put together by organisers Dorna Sports.

PLUS: Why the Ducati-Dovizioso divorce was unavoidable

As a result of the double-headers, the second Red Bull Ring race is called the Styrian GP given two races cannot have the same name in a single season.

Andrea Dovizioso is also under the spotlight having won the Austrian GP one day after confirming his Ducati 2021 exit, as he looks to continue his world title charge having moved up to second place in the riders' standings.

﻿PLUS: Why Dovizioso's MotoGP replacement shouldn't be Lorenzo

Fabio Quartararo continues to lead the championship, with an 11-point advantage over Dovizioso, having finished in eighth place in the opening Red Bull Ring race having struggled with brake issues during the race.

Fellow Yamaha rider Maverick Vinales will also look to bounce back having taken pole position for the Austrian GP only to fade to 10th place due to a slipping clutch, while he and team-mate Valentino Rossi were both lucky to avoid being hit by the errant bikes of Zarco and Morbidelli in the crash which dominated the headlines.

Zarco will undergo surgery before the Styrian GP after a fracture in his wrist was discovered on Monday suffered in the horror crash, but he is expected to be fit to race this weekend.

But defending MotoGP champion Marc Marquez remains out of action for Honda has he continues to recover from surgery on the broken arm he sustained at the Jerez opener. 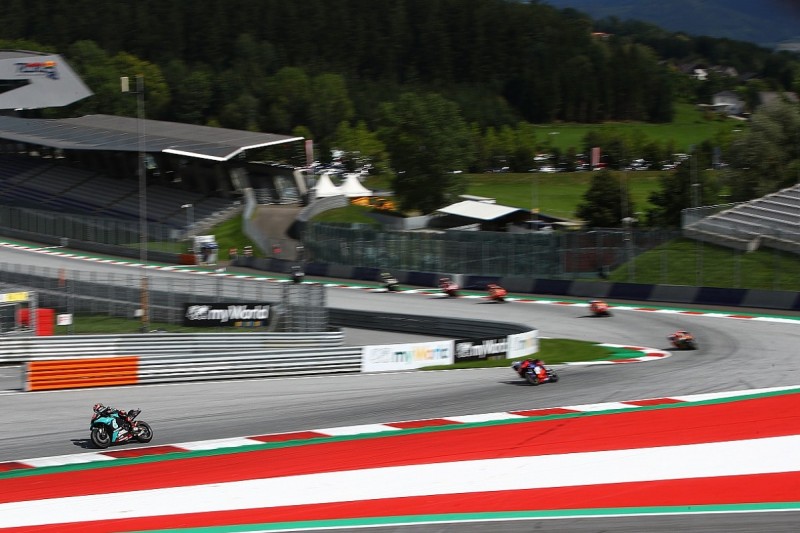 The top 10 on the combined FP1-2-3 timesheet will automatically enter into Q2 of qualifying. A final 30-minute FP4 session is held on Saturday afternoon ahead of qualifying.

Q2 is the pole position shootout which decides the order of the front four rows, with the rest of the grid organised on Q1 times, for the 28-lap Styrian GP on Sunday. 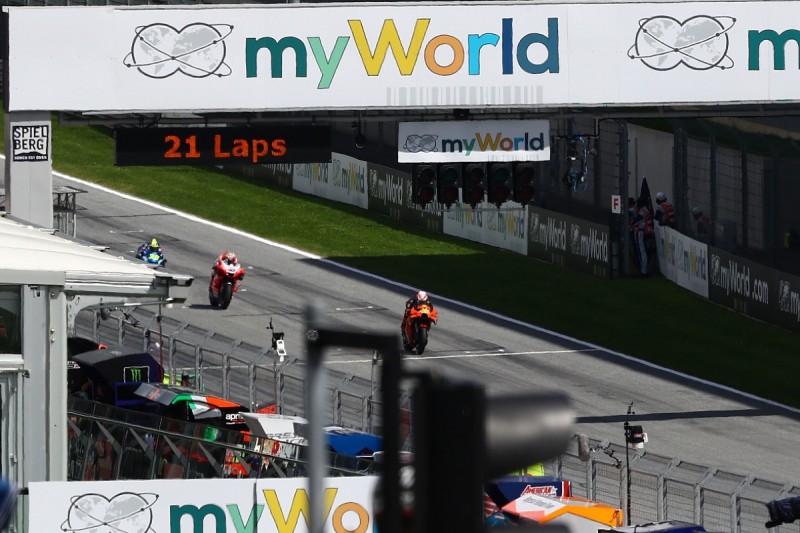 Viewers in the United Kingdom can also stream the Styrian GP by purchasing a video pass from MotoGP.com. A one-off video pass, which lasts until the first race of the 2021 season, costs £144.24p, or it can be paid for in two instalments each costing £72.11p.

Spielberg is set for mixed conditions with sunny spells and rain showers which could also cause some localised thunderstorms during the Styrian GP, with highs of 24 degrees Celsius on race day.