Valentino Rossi "didn't understand" why he crashed on the opening lap of the MotoGP French Grand Prix and called his third-successive non-finish a "great shame". 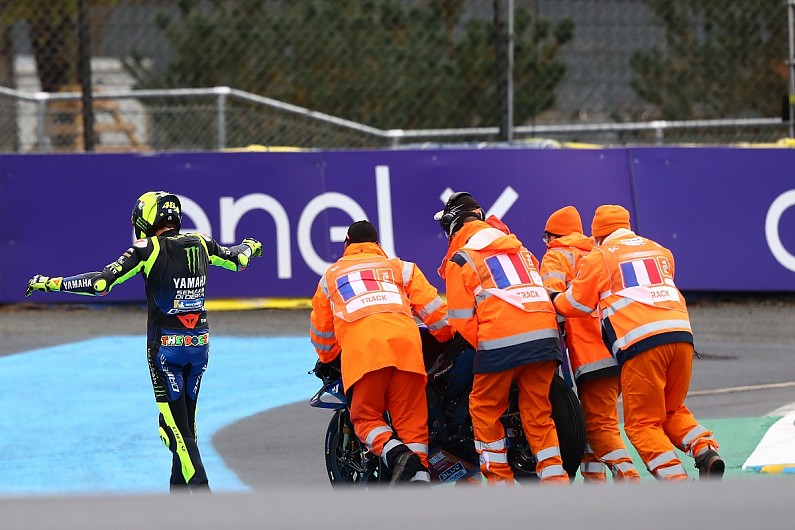