MotoGP doesn't miss a beat as Misano hosts the second leg of its double-header with the Emilia Romagna Grand Prix. Here's how to watch qualifying.

MotoGP is tearing through a frantic nine races in the space of 11 weeks to finish the redrawn 2020 calendar, with Misano hosting a double-header over the next two weeks.

Brno winner Brad Binder topped the second free practice session to demonstrate clear gains KTM has found over the past week following on from the Misano opener and Tuesday test.

Binder edged out Takaaki Nakagami on the 2019-specification Honda, with the Japanese manufacturer down to just two riders for the rest of this weekend after Stefan Bradl pulled out through injury with both Cal Crutchlow and Marc Marquez already sidelined.

After crashing twice and subsequently losing his MotoGP world championship lead in the first Misano race, Fabio Quartararo has responded strongly by topping FP1 and ending the day third overall for Petronas SRT, while new championship leader Andrea Dovizioso had a low-key day for Ducati in 18th place.

With Maverick Vinales taking fourth place ahead of KTM's Pol Espargaro, Danilo Petrucci showed encouraging signs on the factory Ducati in sixth place having struggled in the Misano opener. 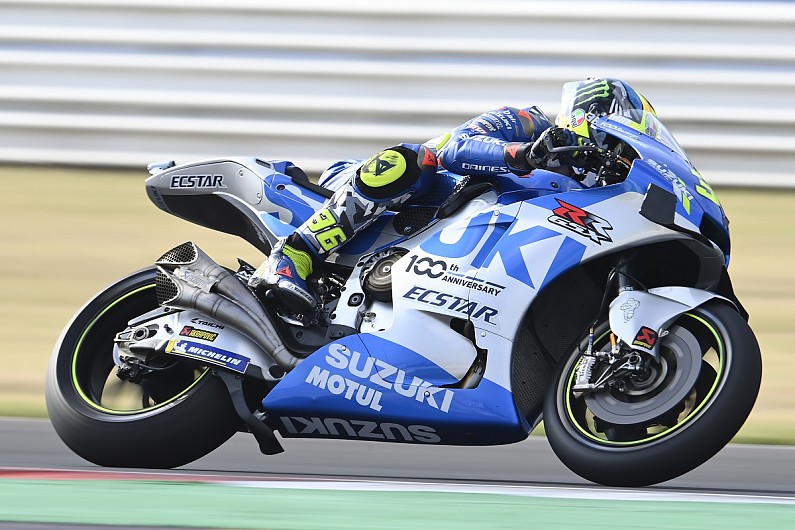 What time does qualifying start for the Emilia Romagna MotoGP?

Warm and sunny conditions are forecast for qualifying at Misano, with a very low chance of rain. A high of 24 degrees Celsius for qualifying will mean temperatures will be fractionally cooler than Friday's FP2.