Ducati has confirmed it has agreed a new two-year MotoGP deal with Francesco Bagnaia and will retain Johann Zarco for 2021, though is yet to decide their teams.

Ducati has so far only officially announced Jack Miller as forming part of its 2021 line-up at its works squad.

Last week, Andrea Dovizioso announced he would be leaving Ducati at the end of 2020, which has led to numerous rumours as to who will take his place - with Bagnaia, Zarco and three-time MotoGP world champion Jorge Lorenzo all linked to the vacant spot.

Pramac's Bagnaia is known to have agreed a new deal with Ducati, which sporting director Paolo Ciabatti confirmed on Saturday of the Styrian GP.

He also confirmed Avintia's Zarco will remain a contracted Ducati rider for 2021, with a decision on both rider's teams set to be made ahead of the Misano races in September.

"It's true that we basically agreed terms with Pecco for the next two years," Ciabatti told motogp.com.

"It's too early for us to say if we continue with Pramac or he will move to the factory team.

"We will also continue with Johann Zarco, and then we will make up our mind just before Misano."

Autosport reported earlier in the year that Ducati had agreed a deal with KTM Moto2 rider Jorge Martin to join Pramac next year. 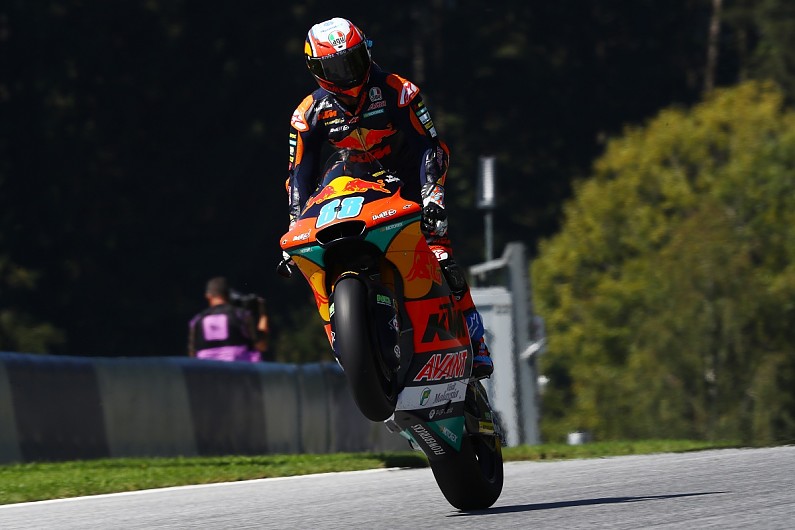 "Yeah, as you know there is another Moto2 rider [Martin] that is interesting for us that we cannot mention at the moment, but for sure Luca and Enea they are doing very good," he added.

"So, we are also looking at the possibility to sign another Moto2 rider joining Ducati for next year.

"I think again we will probably make a decision in the coming weeks, then the target is to make an announcement just before Misano so then the rider line-up for Ducati for 2021 will be clear."

Last week, Miller called Bagnaia the "logical" choice to join him at the factory Ducati squad next year.

The Italian is set to return to action at the San Marino GP in September after fracturing his knee in a crash during practice at Brno at the start of August.