© 2020 Autosport.  All rights reserved.
Previous / Lorenzo won't get MotoGP wildcard return in 2020
Next / The day Honda was denied its dream team

Suzuki MotoGP team boss Davide Brivio says he feels Ducati should not drop Andrea Dovizioso amid rumours that the Italian veteran is considering a change of scenery for 2021.

Although it had been widely assumed Dovizioso was prepared to commit to Ducati for another two years, recent reports in the Italian media have linked him to a sensational KTM switch.

However, KTM is currently aiming to retain its current line-up for 2021.

When asked for his opinion, Brivio said he would pair Dovizioso, who has finished runner-up to Marc Marquez in each of the past three seasons, with a younger rider.

"I think Dovizioso has proved to be a rider who can win races, and for several years now he has been the rider who has been closest to Marquez, so I would keep him as a guarantee for the future," Brivio said in a recent teleconference with the media.

"Maybe I'd try to decide who can be his replacement or maybe the one who can come closest to him in the future and I'd keep him alongside him, making him develop alongside Dovizioso.

"I'd keep Dovizioso, but maybe they have problems at Ducati that we don't know about, so they make their own assessments.

"From a sporting point of view, though, I don't think they can give up Dovizioso.

"Then I don't know if there are other economic, marketing or other problems." 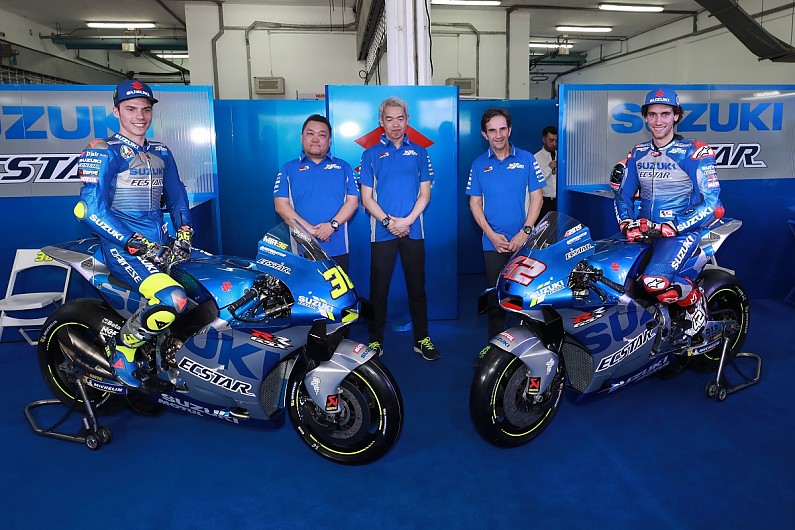 While Ducati's 2021 line-up remains unclear, Suzuki has secured both of its existing riders Alex Rins and Joan Mir on new two-year contracts in recent weeks.

Mir, who is going into his second year in the premier class, said he feels he is no longer a number two rider to Rins, and when asked about these comments Brivio said he hopes a "healthy" internal rivalry between his riders will spur on the team to greater heights.

"Joan definitely has the potential to compete with Alex," said Brivio.

"One of the things we were looking forward to with great confidence this season was the competitive atmosphere within the team, which both are already starting to feel.

"That's what we missed a little bit last year.

"In 2018, when Iannone was there, Alex was the up-and-coming rider and wanted to beat him.

"This internal competition allowed us in the last six or seven races to always be on the podium with at least one of them.

"When one rider was on the podium, the other got angry and tried to do it the next time.

"I hope this atmosphere will come back in 2020 and I think the conditions are in place."