Dovizioso's bargaining position for a fresh deal with Ducati for 2021 and beyond was strengthened considerably when the Borgo Panigale marque's top two targets, Maverick Vinales and Fabio Quartararo, both re-signed with Yamaha.

Ducati was also believed to be interested in Joan Mir, but the 2019 debutant will remain at Suzuki alongside Alex Rins in 2021.

Sporting director Paolo Ciabatti recently admitted that those developments meant Ducati would have to choose from its current stable of works-contracted riders for next season.

But, speaking to Spanish outlet AS, Battistella claimed that Dovizioso is "open to everything" and is not "in a hurry" to land a 2021 deal.

"No negotiations will begin until mid-May or the end of the month."

Dovizioso, 34 is the third-oldest rider on the MotoGP grid after Valentino Rossi and Cal Crutchlow, but Battistella insists retirement is not on his client's mind.

"Andrea wants to continue racing, of course, but at the moment he is not doing anything because he wants to see how the different projects develop," he said. 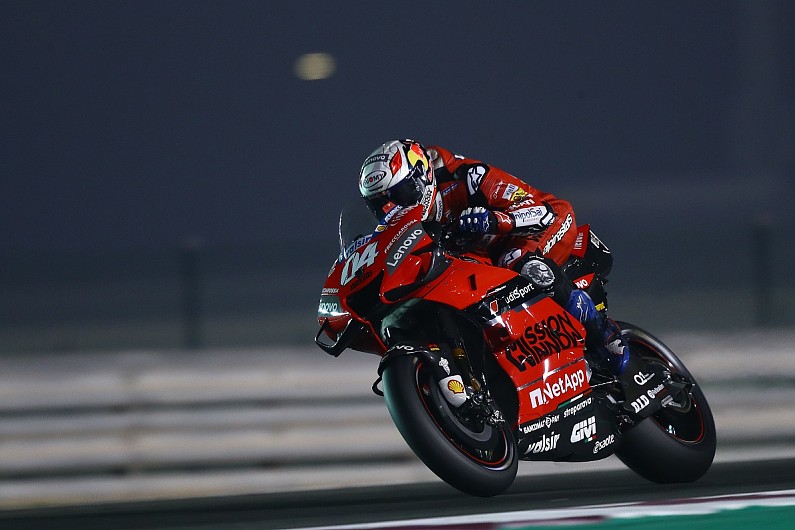 "It doesn't bother him that Ducati has tried to recruit riders like Maverick or Quartararo, and that they are always watching what [Marc] Marquez does, just as it didn't bother him at the time if they signed [Jorge] Lorenzo or others.

"He understands that his manufacturer must [always] be looking for talented young people."

Dovizioso's tally of two wins was his lowest since 2016, although he comfortably finished runner-up in the riders' standings behind Marquez for a third successive season.

In recent days, Dovizioso has been linked to a sensational switch to KTM for 2021, with a lucrative offer - backed up by Red Bull - reported to have been offered to him.

However, KTM has once again stated to Speedweek that it wants to re-sign all four of its current riders - Brad Binder, Pol Espargaro, Miguel Oliveira and Iker Lecuona - before the season gets underway.

Espargaro is rumoured to have made contact with Ducati about a 2021 switch, while he has also been linked to Honda, with HRC team boss Alberto Puig admitting the 2013 Moto2 champion "would go very fast on a Honda".

In response, Espargaro said: "Honda is an option that could be good for me, it's an aggressive bike and it could fit my style.

"But I feel very good at KTM and it is my first choice, I feel comfortable and I see my future with them."