Reigning MotoGP world champion Marc Marquez says Jorge Lorenzo's Yamaha wildcard at the Catalan GP proves he has "no fear of motorcycling", but was "maybe afraid" of the Honda.

Triple MotoGP champion Lorenzo announced his retirement from racing at the end of last year, following an injury-hit first season on the Honda that robbed him of all confidence and desire to continue.

However, in the winter he secured a deal to return to Yamaha - with whom he won all three of his premier class titles - as its official test rider, and will take part in a wildcard outing at Barcelona in June.

When asked by Spanish broadcaster DAZN for his thoughts on Lorenzo's return to action, Marquez said: "It cost him a lot to adapt to the Honda.

The impulse decision which could show up a MotoGP legend

"He said he retired because he was afraid after the accidents [Lorenzo suffered two heavy crashes, in a test at Barcelona and in practice at Assen, the latter sidelining him for four races with a back fracture].

"Maybe he was afraid of our bike, because if he has now accepted to do a wildcard [with Yamaha] it means that within him there is no fear of motorcycling."

Lorenzo: With the right bike I could have fought for the title

Lorenzo recently took to his social media channels to answer questions from fans, and broached the subject of his retirement.

The Spaniard said he believes he is still capable of fighting at the front in MotoGP "with the right bike", but didn't feel it was "worth it" to continue to find out. 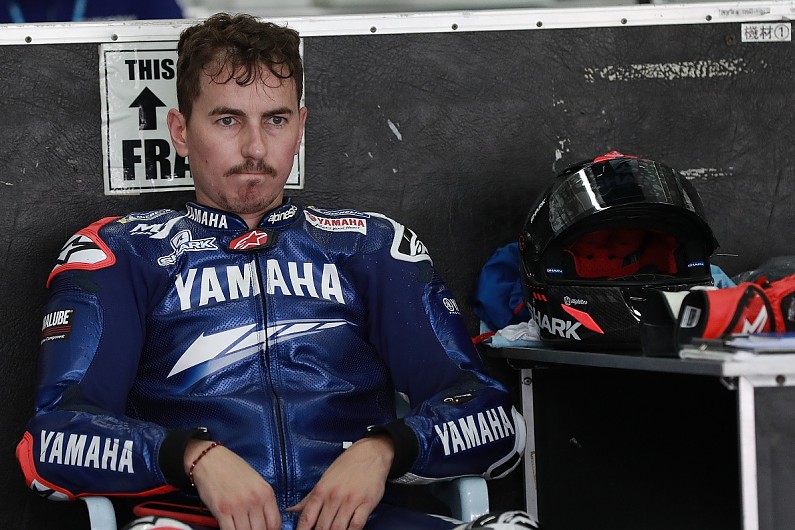 "Honestly, I think that with the right bike I could continue fighting to win races and titles, but it was no longer worth it," he said.

"It was something I have already done.

"It encourages me more to be good at doing other things while enjoying life."

Last week Lorenzo admitted to Sky Sports Italia that fighting for a top five finish on his race comeback with Yamaha was "too optimistic" a goal right now.

"Honestly, that would be too optimistic a goal at the moment," he said.

"Nothing is impossible in MotoGP, even with my role being to help the team."

Lorenzo rode last year's M1 at the Sepang shakedown and for one day during the official test at the Malaysian circuit last month, but is yet to sample the current bike.

Maverick Vinales has said Lorenzo's wildcard would be important for Yamaha, as it would give the marque a chance to properly test items it would have struggled to gather useful data from with just the race riders at the post-race test.