© 2020 Autosport.  All rights reserved.
Previous / New MotoGP season-opener at Austin now under threat
Next / MotoGP could resort to two-race weekends for 2020

Several MotoGP manufacturers are set to carry out a private test at Jerez later in March in the absence of racing this month as a result of the coronavirus outbreak.

This weekend's season-opening MotoGP round in Qatar had to be cancelled due to new quarantine procedures being placed on Italian travelers by the country, while Thailand's ban on large public gatherings meant round two had to be postponed to 4 October.

Autosport/Motorsport.com understands KTM has rented out the Jerez circuit from 18-20 March, with Honda and Suzuki set to join the Austrian marque.

Due to testing restrictions, both HRC and Suzuki will have to do so with their test riders Stefan Bradl and Sylvain Guintoli, though KTM - as it is a concession team - can use its full roster of works riders and satellite riders with Tech3.

Aprilia was also due to take part in the test, with the Italian manufacturer also able to use its race riders.

However, Italy placed some 16 million of its citizens from various 'red zone' regions under quarantine in the early hours of Sunday morning in a bid to quell the outbreak of COVID-19 - which has infected more than 5800 people and killed 234. 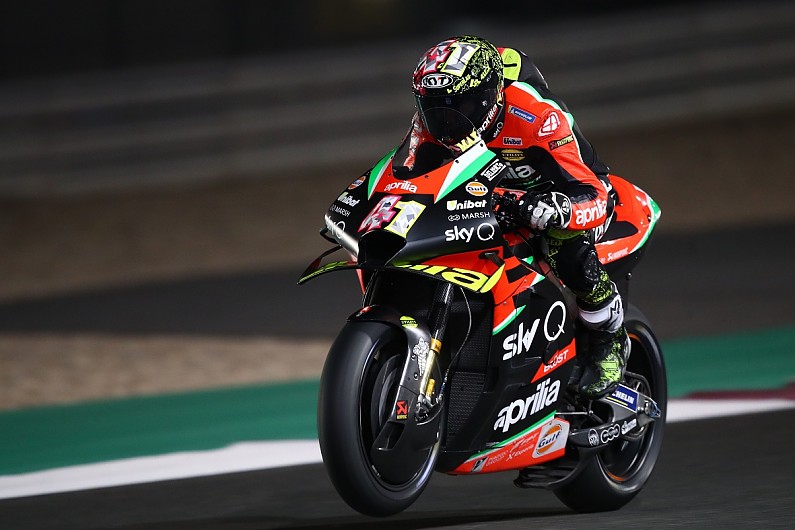 Aprilia's Noale base - situated in the province of Venezia - falls into the quarantine zone, making its appearance at the test unlikely.

Ducati currently avoids the quarantine zone, but has not designated Jerez as one of its private test venues for this year.

Yamaha also won't be present at Jerez, but is expected to conduct a test on the same dates with test riders Jorge Lorenzo - who will race the M1 in a wildcard outing in Barcelona later this year - and Katsuyuki Nakasuga.

MotoGP's first round is due to be the Americas Grand Prix on 5 April, though this is now looking increasingly unlikely.

Host city Austin declared a state of emergency over the COVID-19 outbreak, while the situation in Italy affecting numerous paddock personnel - including Valentino Rossi - has cast further doubt on the Texas race.

The Italian declaration passed by the government does permit travel exceptional circumstances, such as work commitments which cannot be moved.

It is unclear how this will relate to MotoGP.