MotoGP champion Marc Marquez says his team-mate Jorge Lorenzo didn't "deserve" to have had such a difficult season as his final year in grand prix racing.

Lorenzo announced on the eve of the Valencia finale last month that he would be calling time on his MotoGP career, as recent injuries - including a back fracture which ruled him out of four races - had taken their toll in a year in which his confidence was ground away by his struggles in adapting to the difficult Honda.

The triple world champion ended his worst year in the premier class with just 28 points and no top 10 finishes to his credit.

Team-mate Marquez says Lorenzo deserved better for his final year in MotoGP, and insists the 2019 campaign "does not reflect his great career". 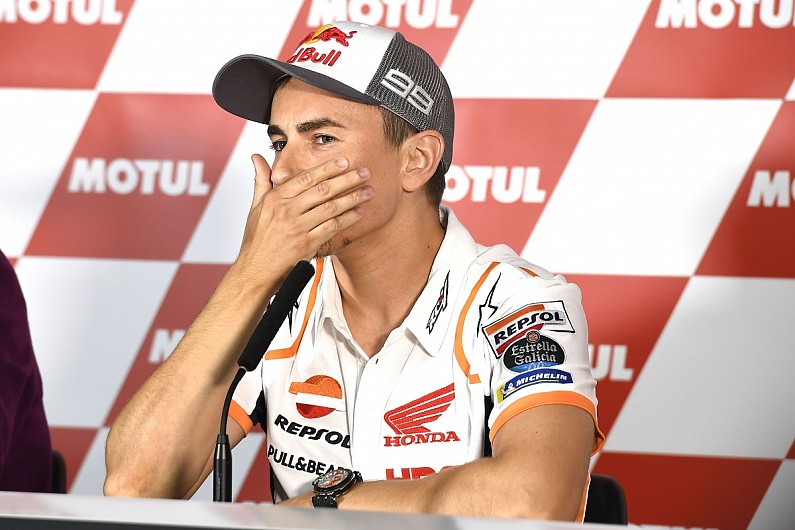 "In the end the Jorge that I have in mind, that everybody has in mind, is the five-time world champion," Marquez said after Lorenzo's farewell race in Valencia, in which Honda was crowned teams' champions.

"And in the end we will celebrate something together, and this also makes me happy.

"Jorge does not deserve to have this as his retirement year, this season does not reflect his great career and what it has meant for motorcycling.

"It meant a lot on his part that he came to celebrate the championship here on the podium with us."

Marquez was able to ride around the RC213V's well-documented issues in 2019 and guided Honda to its second-successive triple crown of the riders', manufacturers' and teams' titles.

He says the latter achievement is "a way to say thanks to Jorge".

"We finished in the best way, that was winning the race in Valencia but especially taking the teams' championship, because all the Repsol Honda [crew] deserved it, and it's a way to say thanks, or bye, to Jorge."