Jorge Lorenzo branded second practice for the MotoGP Japanese Grand Prix as his "best" since he got injured at Assen, after reverting to an older chassis Motegi.

Lorenzo's already difficult debut season with Honda took a turn for the worse when he suffered a back injury in a crash during FP1 at Assen and was forced to spend four races on the sidelines.

He hasn't finished higher than 14th since his return, and has been regularly towards the back of the field in most sessions.

Lorenzo attributed that progress to a decision to revert to a chassis he last used in May's French Grand Prix at Le Mans.

"After Thailand I opted to return to the previous chassis, which I took to Le Mans, he said.

"I would say it [FP2] was the best session since I was injured at Assen.

"The problem was not being able to improve on the soft tyre, I only cut four tenths of a second [out of my laptime].

"I'm a little closer [on pace] and when the fastest ones pass me I can keep [on the back of] their wheel a little more. The main thing now is to improve the vibrations in the front."

Lorenzo added, however, that it would take a "miracle" to find a real breakthrough in 2019 as there are no new things that he can try this year.

"The reality is that there is nothing new, so we have to deal with the old. The only thing we can do is try things we've tried before, there's nothing new.

"To find the key would be a miracle, it's about small things." 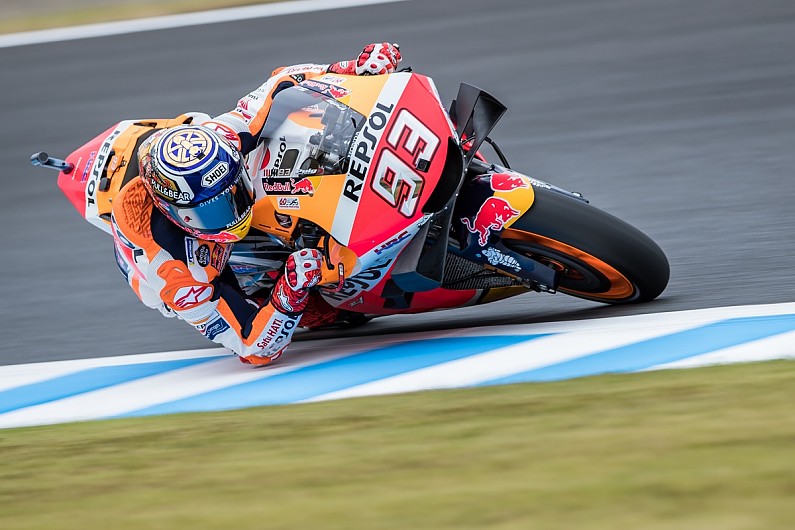 His team-mate Marc Marquez, who sealed the 2019 title in Thailand, was third on Friday, which he said was more difficult than usual as he suggested Yamaha riders Quartararo and Maverick Vinales had an edge.

"On the first lap I already had a scare, so we came back to reality soon," said the world champion.

"It wasn't the best day, especially the second practice, but at least we're there [on pace].

"In the second practice we got a bit caught up with the things we tried, but we have to keep working to be with the Yamahas.

"The two fastest [riders] here are [on a] Yamaha. The level is being set by Fabio and Maverick, and when there are two who are going fast you try hard to be with them.