Speaking ahead of the Thailand Grand Prix, Rossi confirmed that 41-year-old Munoz - who oversaw Sky VR46 rider Francesco Bagnaia's run to the Moto2 title last year - will step up to the premier class for the first time to replace Galbusera at Rossi's side.

"Looks like unfortunately we are a little bit stuck," Rossi said.

"Together, also with Silvano, with Yamaha we try to understand the way to improve.

"And sincerely [Munoz] is the first name [on my list] because I know him very well, I follow the team very well and last year he did a very good job with Pecco [Bagnaia].

"I like the way that he managed at the end of the season, when there was a lot of pressure and Pecco was a little bit nervous to lose the championship to [Miguel] Oliveira." 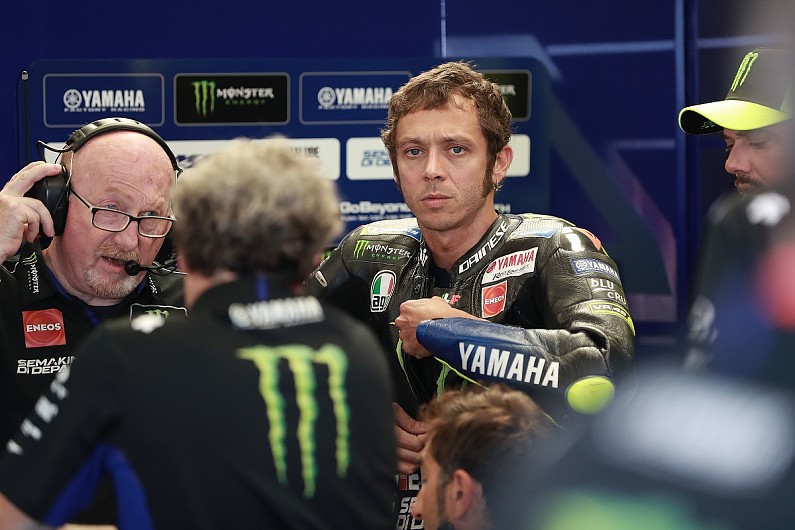 Rossi conceded re-assigning Munoz will be a downside for his Sky VR46 Moto2 team, but said he welcomed the opportunity for Munoz to "bring new ideas" to Rossi's MotoGP garage.

He made it clear, however, that the Galbusera split was mutual, and that the suggestion had initially come as a surprise to Rossi.

Galbusera is now set to move over to the test team, and looks likely to be working with KTM outcast Johann Zarco next year - after team boss Lin Jarvis confirmed on Friday that Yamaha had made the Frenchman an offer.

"Silvano wanted to continue to work for Yamaha, but also he wanted to try something with a bit less stress and with less days out of Italy," Rossi explained.

"At the same time, also Yamaha wanted to try to make the test team stronger for next year, to improve the work in Europe.

"Sincerely, I didn't expect [it] at the beginning, but speaking together we decided to change.

"At the end everybody is happy, also Silvano is good, he's happy to stay in the test team."

Galbusera had worked with Rossi since 2014, after the seven-time MotoGP champion had split with long-time crew chief Jeremy Burgess.

"It was different with Jeremy, it was much more difficult, also because we had really been together for 15 years," Rossi recalled.

"It seemed to me that he didn't have much motivation anymore and I saw him a little tired.

"It's different with Silvano, but it's always difficult because, in addition to the professional relationship, after many years you also get attached [to one another].

"But I know he'll cheer for us even if he works with the test team."