Johann Zarco felt that continuing with KTM for the 2020 MotoGP season without any improvements would have meant that he "failed" in his career, so preferred to leave.

In a shock decision, Zarco decided to end his contract with the factory KTM team one year early and will depart at the end of 2019.

The ex-Tech3 Yamaha rider has struggled to adapt to the KTM in his first 11 grands prix with the RC16 bike this year, and he currently sits 17th in the championship.

Zarco said that if he chose to continue with KTM in 2020 but without getting better results, he would only be doing so for the money.

When asked if he had failed in his project with KTM, Zarco said: "Can be, maybe yes. But the feeling was if I continued also for next year and I cannot have a better result, I not only failed in the project but failed also in my career.

"That was my biggest scare, that is why I prefer to give myself the opportunity to do something else for next year than wait one more year.

"I say to KTM, being honest, if I accept to finish 15th [every race], just to do the job, it means I will ride only for your money. I don't want to do that. Maybe later, in 10 years, but not right now.

"I was speaking with my people around me, Jean-Michel [Bayle, rider coach] too, but everyone said 'we cannot choose for you'.

"For sure if you think about it logically, you have a choice [between] nothing, or a choice to continue in MotoGP next year, having a good salary. Which one do you choose?

"Logically you choose, 'OK, I don't have any choice, I continue in MotoGP'. But I was feeling bad so I say 'no, I cannot, it is not the way I want to race'." 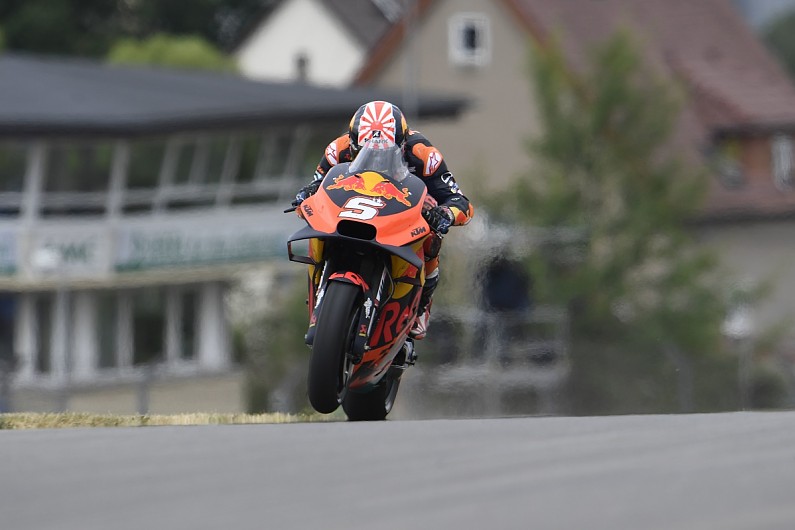 Zarco insisted that he will continue to give his best for the rest of the season.

Having added that he had a "handbrake inside me" in recent races, he is hopeful that he can ride more freely now.

"On the MotoGP bike you cannot go halfway, you have to give everything or if not, you don't go on the bike," he said.

"It is my way and I was giving everything also from the beginning of the year to now.

"But the last races, I was giving everything but with a handbrake inside me.

"Let's see now if I release this handbrake.

"As a professional guy, I will give my best.

"The work I'm going to do for the next races until Valencia will be very clear and simple because it will be the best work I can."