Crutchlow started alongside Miller in ninth, but a poor start dropped him to the fringes of the top 15 behind Avintia's Tito Rabat.

Rabat hit the rear of Pol Espargaro when the KTM rider cut out in front of him and Crutchlow at the slow Turn 3 right-hander on lap two, leaving Crutchlow powerless to avoid crashing into Rabat and retiring from the race.

Crutchlow blamed his exit on his own poor start, but admitted he was caught off guard by what he thought was an early launch from Miller.

"I created my own luck from having a bad start," Crutchlow said.

"I was absolutely positive Jack had jumped the start next to me, so I didn't want to move either, and [when] I did move I dropped the clutch way too much and had a big wheelie and bogged off the line.

"I was 15th from that, I made up some places on the first lap. I actually felt quite comfortable with the situation at the time."

"At that point I hadn't seen if he crashed in front of Tito, because I knew Tito hit somebody, and then at such a slow corner you have not to react and I was so close to Tito to able to [avoid] running out [wide].

"Anybody on the grid would have crashed in that situation, because I hit him so hard the handlebar just turned in my hand." 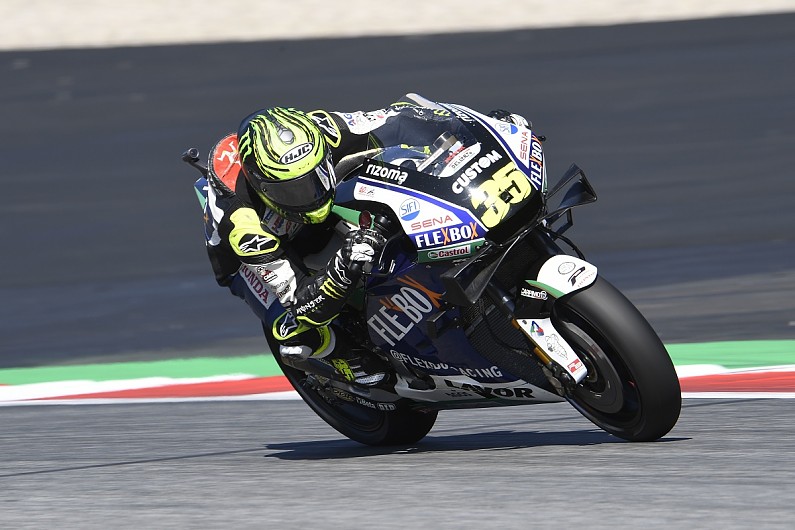 Crutchlow said without the accident he thought he could have worked his way towards the battle for fifth between Yamaha's Maverick Vinales and Alex Rins on the Suzuki.

Elaborating on why he thought Miller had jumped the start, Crutchlow explained: "I was looking at the lights and he'd gone.

"I honestly don't know if he went and then stopped again, but he definitely jumped and jumped as high as I did - the front was up in the air.

"And then by the time he'd done that I sat up to go and did the same, but I must have been half a second faster than him.

"I don't know how he didn't get a jump-start [penalty], so maybe he stopped.

"He definitely jumped twice. I'm not saying he jumped the start, [but] he nearly looped the bike.

"I thought it was race over because he'd jumped the start. But the worst thing was he flew up in the air, went back down, maybe stopped, then went again and was third into the first corner.