KTM has announced Johann Zarco will leave its MotoGP outfit at the end of 2019, ending his two-year contract after a single season.

Double Moto2 champion Zarco was a prize signing for KTM's ambitious MotoGP programme, having starred on Tech3's satellite Yamahas in 2017 and '18.

But he has been unable to replicate that form with the KTM RC16, and has so far scored just 22 points to his team-mate Pol Espargaro's 61.

The 29-year-old Frenchman's performances and approach had been criticised by KTM CEO Stefan Pierer, and while the recent addition of new manager and rider coach Jean-Michel Bayle was aimed at improving the situation, Zarco and KTM have now decided not to proceed together past the current season.

"Zarco tried to adapt his riding style to the KTM RC16 and the team tried relentlessly to mould the #5 machine to the Frenchman's wishes and requirements while team-mate Pol Espargaro made regular Q2 qualification appearances and persistently vied for top 10 positions," KTM's statement read.

"Ultimately both Johann and the team decided not to proceed with their joint project for 2020 and will now focus on giving the maximum for the final eight rounds and remaining months of MotoGP 2019."

In a social media post, Zarco intimated that the split was his decision.

"It was a hard decision to take, I have the chance to do the best work in the world and I want to do it with a smile, racing for podiums," he wrote.

"As a professionnal, I'll keep focused for the rest of the 2019 season, giving my best and trying to improve my skills."

Pierer had confirmed to Speedweek during the Austrian Grand Prix weekend that Zarco requested an early termination of the deal, although it had not been clear to KTM whether its rider would like to see out the season.

Test rider Mika Kallio was named by Pierer as a back-up option had Zarco gone immediately. 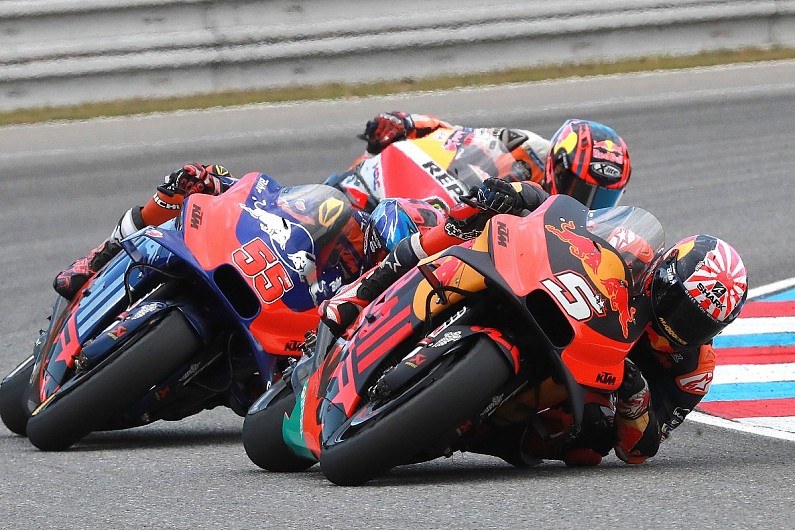 It is yet to be confirmed who will take Zarco's ride for 2020, although Tech3's rookie Miguel Oliveira - who finished a standout eighth at the Red Bull Ring for what is now KTM's satellite team - would seem to be the most obvious option.

KTM is also believed to have considered Jack Miller, who officially remains a free agent for 2020 and whose future was briefly left in limbo when Jorge Lorenzo emerged as a potential contender to replace him at Pramac Ducati next year.

Lorenzo is understood to have now decided against pursuing such a move, and Miller indicated to Autosport on Sunday that his Pramac future was now nearly firmed up, and that he would continue to ride a factory-spec Ducati for the satellite team next year.