Aprilia technical boss Romano Albesiano says the Italian manufacturer is planning something "really different" for its 2020 MotoGP bike as it bids to catch up with its rivals.

With nine races to go in the 2019 season, Aprilia sits sixth and last in the manufacturers' standings, 16 points behind KTM, which has beaten the Noale marque to fifth place in each of the past two campaigns.

Aleix Espargaro is Aprilia's top representative in the riders' standings in 14th place, with a best finish of ninth in Argentina, while team-mate Andrea Iannone sits 15th.

Albesiano said: "We have done a lot of work, the bike has improved a lot, engine-wise, chassis-wise, weight, aerodynamics, but the level [of the other manufacturers] is progressing.

"For the future we are planning something really different from what we have now.

"We have found the limit of our solution in many areas, and we have decided to make quite a big step for next season." 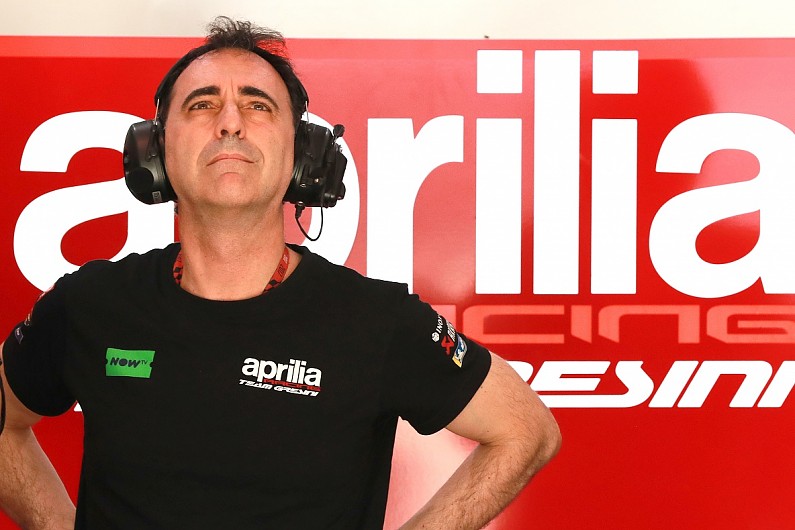 When Albesiano's comments were put to Espargaro by Autosport, the Spaniard replied: "It's great to hear, but I want to see it.

"It's my third year [at Aprilia]. They bring five different riders and nobody is close to me, never.

"Every time I try to push more I crash.

"I think this is the limit of the bike, so what Romano says is what we need.

"I don't know if we need revolution, but a lot of new parts to grow and get closer to our rivals."

Albesiano however ruled out a change as radical as ditching Aprilia's V4 engine concept.

"I can tell you we are not switching to inline-four, even if it's a very interesting layout," he said.

"V is in the DNA of Aprilia, this has to remain." 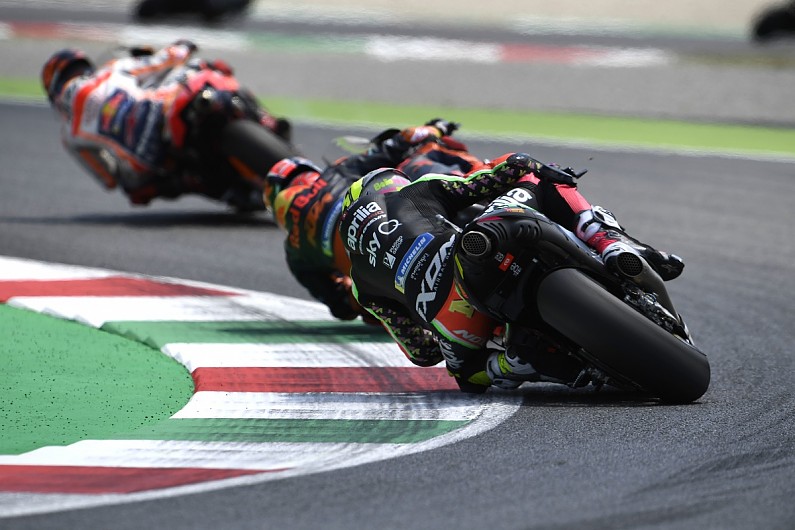 Albesiano also addressed concerns that Aprilia, which is owned by the Piaggio Group, might have trouble keeping up in the development race against its rival manufacturers.

"Piaggio is a big company which is doing very well, and for sure has no problem financing this activity," said Albesiano.

"This is absolutely clear.

"When we aim to do top five, top three or whatever, for sure a step will need to be done. But this is not yet the time to discuss this."

Espargaro added that he had no concerns about the spending power of Aprilia.

"I don't exactly the budget we have, or the budget that Ducati or Honda has," he said.

"I just know Piaggio is a very big group, which has the same or even more money than our rivals.

"They have to decide what to do for next year. I think we are big enough to spend what we want. But this is not in my hands."