Ahead of the Austrian Grand Prix, reports emerged that Lorenzo could leave Honda to make a return to Ducati with Pramac as soon as 2020.

Lorenzo has had a torrid stint with Honda, failing to finish in the top 10 in seven races before sustaining an injury that has left him on the sidelines for four race weekends.

Miller believes the fact that he has yet to earn a new deal with Pramac, and Lorenzo's Honda ongoing struggles, suggests there is validity to the rumours.

"I think there is some truth to the rumours about Lorenzo," Miller said.

"For sure, you have to be looking at something [else], because at the moment he's got nothing, [he] can't ride that Honda.

"It is easy to tuck your tail between your legs and run back."

But Miller added that the rumours do not bother him, because he believes that Pramac and "most of Ducati" want him to stay put. 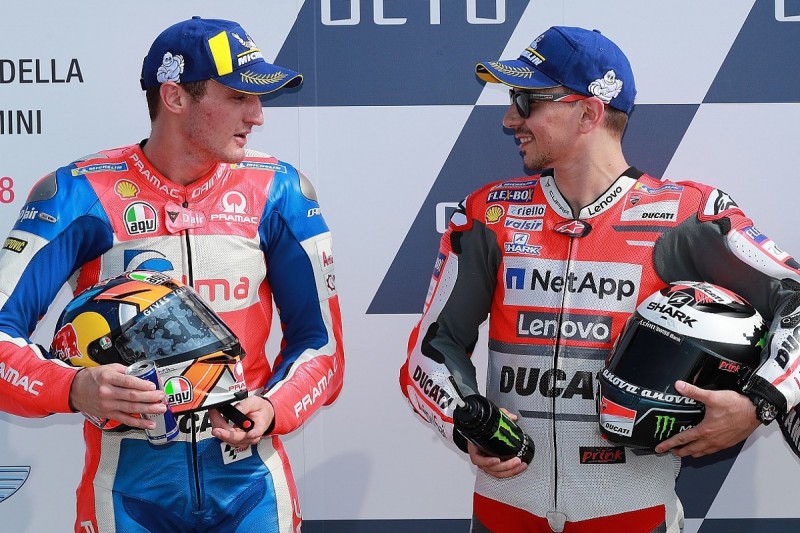 "As I said, Pramac had me on multiple meetings with them.

"I was on FaceTime this morning with Paolo [Campinoti, Pramac CEO] and Paolo is adamant he is keeping me, so I am not too stressed.

"We'll have to wait and see, but I think they are pretty adamant they don't want him [Lorenzo] either."

Miller also insisted that he does not see himself switching to World Superbikes next year.

"I haven't even thought about that to be honest, that hasn't even crossed my mind. I just started going good here [MotoGP], so I don't feel like leaving just yet."

"It [the contract] is coming, I'm not going to World Superbikes as I said.

"I just started going here [in MotoGP] so that didn't even cross my mind."