Suzuki MotoGP rookie Joan Mir says the speed he showed after a jump-start penalty at Austin left him feeling angry that he missed out on a strong finish.

Moto2 graduate Mir was one of two riders who received a ride-through penalty for jumping the start at Austin, alongside Yamaha's Maverick Vinales.

But while Vinales was able to battle his way back into the points, Mir finally finished down in 17th, marking his second consecutive non-score after his retiring in Argentina.

The Suzuki rider finished 48 seconds down on his race-winning team-mate Alex Rins, but could potentially have finished in the top five without the time loss of his ride-through.

"I think I didn't gain any time in the movement," said Mir.

"I'm not able to see it on TV, it's something really small. I think in these cases the penalty is too much. It ruined my race.

"I think the solution could be the Long Lap in these cases. But I don't see clear.

"We had a great pace all the race, this is a shame. Every time I see the pace we have compared to the others, it makes me angrier. But OK, it is what it is. 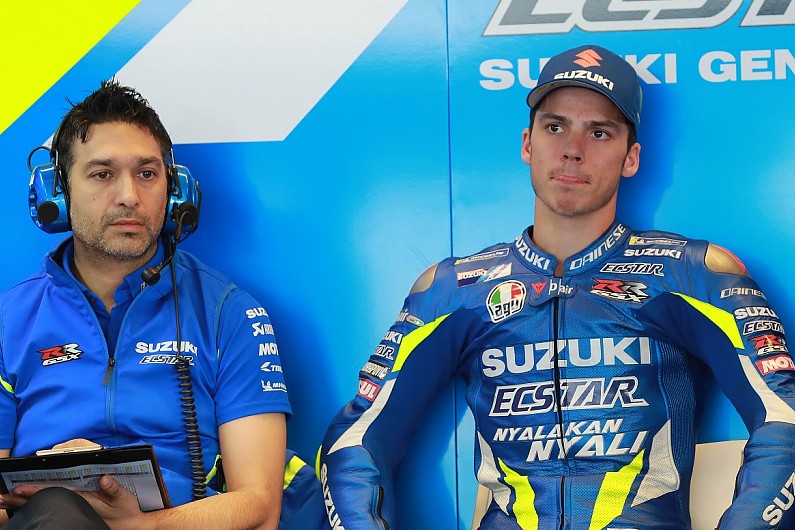 "We have to see what would be the solution in this case, but again it was a shame.

"I'm looking forward, because after two races of really bad luck, we deserve a great result. We will find it in Jerez, I hope."

Cal Crutchlow's controversial Argentina penalty caused jump-start penalties to be discussed in Friday's meeting of the Safety Commission at Austin.

Valentino Rossi said many riders were in agreement that penalised riders should instead have to use the Long Lap, which Vinales mistakenly served before coming in for his ride-through.

But Rossi said changing the rule mid-year would be unfair on Crutchlow.

"For sure the penalty is too high," said Rossi.

"[Serving] the ride-through, you lose 30-35 seconds and the race is over. Maybe we have to think about something smaller.

"We talked about the Long Lap [in the Safety Commission] and a lot people are agreed, but Cal said, 'I already took the bigger penalty, so now if we change the rules, I am disadvantaged'."

Rossi added: "Maybe a good thing is to try and change [the rule] for next year."