The second and final three-day pre-season test in Qatar has served both to wrap up MotoGP's winter testing and as extended practice for the opening round of the season at the same venue on 8 March.

Though testing results are never too reliable an indicator, a closer look at the timing sheets and the rhetoric of the participants creates a tantalising prospect of MotoGP potentially getting its tightest and least predictable campaign in recent years in 2020.

Here are five key themes to look out for ahead of the first race.

Yamaha is a step ahead 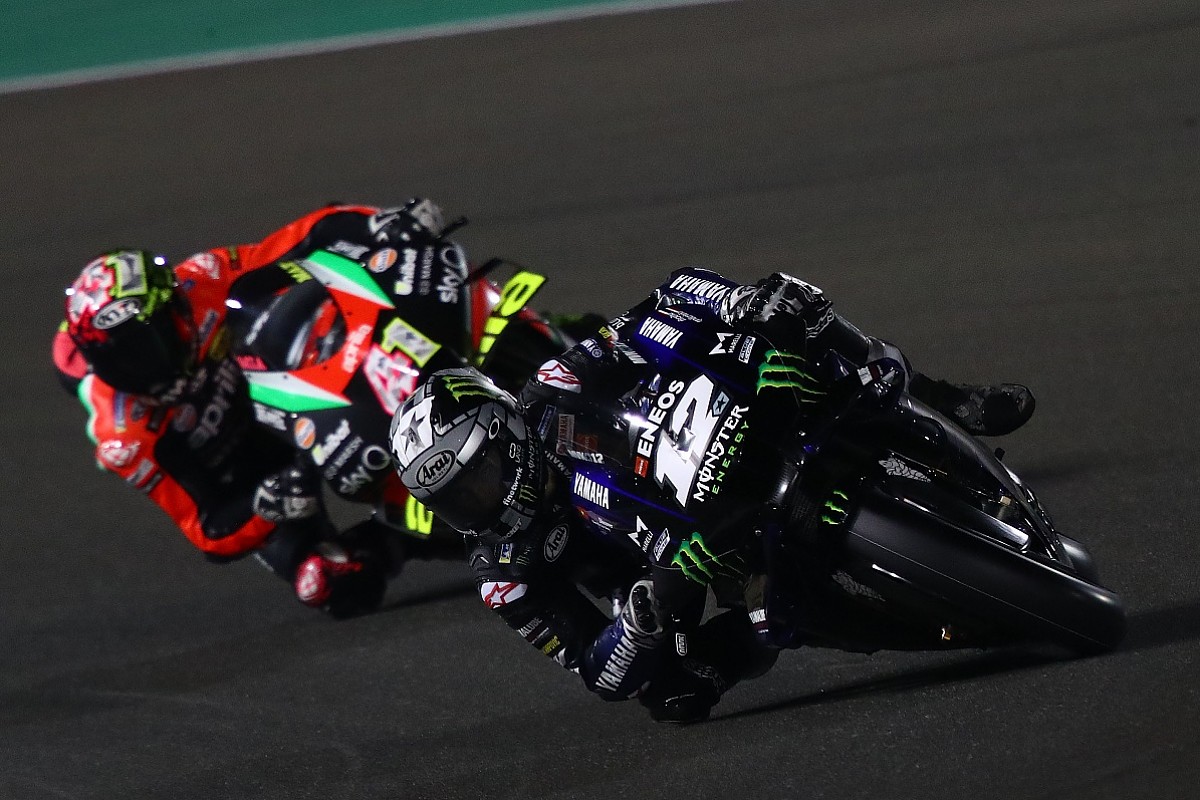 The impression left after the six days of collective testing in 2020 is such that any non-Yamaha winner at Losail in under two weeks' time would come as a surprise.

Both last Sunday's pacesetter Fabio Quartataro on the SRT Yamaha and overall fastest Maverick Vinales targeted - and have demonstrated - consistency this winter, while Quartataro's stablemate Franco Morbidelli too has looked comfortable, despite riding an M1 that is not the latest spec.

On Monday, Vinales and Morbidelli were the only riders in the test to break into the 1m53s , while Quartataro's 1m54.038s Sunday best stood as the third quickest time overall.

But more doubts again surround Valentino Rossi on the second works Yamaha. Not only was he quite far back from team-mate Vinales over one lap - ending up just 12th overall and half a second down on combined times - but he also acknowledged on Monday that he was struggling to manage the drop-off of the rear tyre.

This, an issue "very similar to what happened last year", means the 41-year-old is "not able to keep the pace" in the latter half of a race distance.

There's a clear contrast between Vinales' readiness and Rossi's concern, and the gap will be tough to make up in the opening half of the championship - which, after all, will probably dictate what Il Dottore plans to do in 2021, with Quartararo due to replace him in the works line-up.

Light at the end of the tunnel for Honda 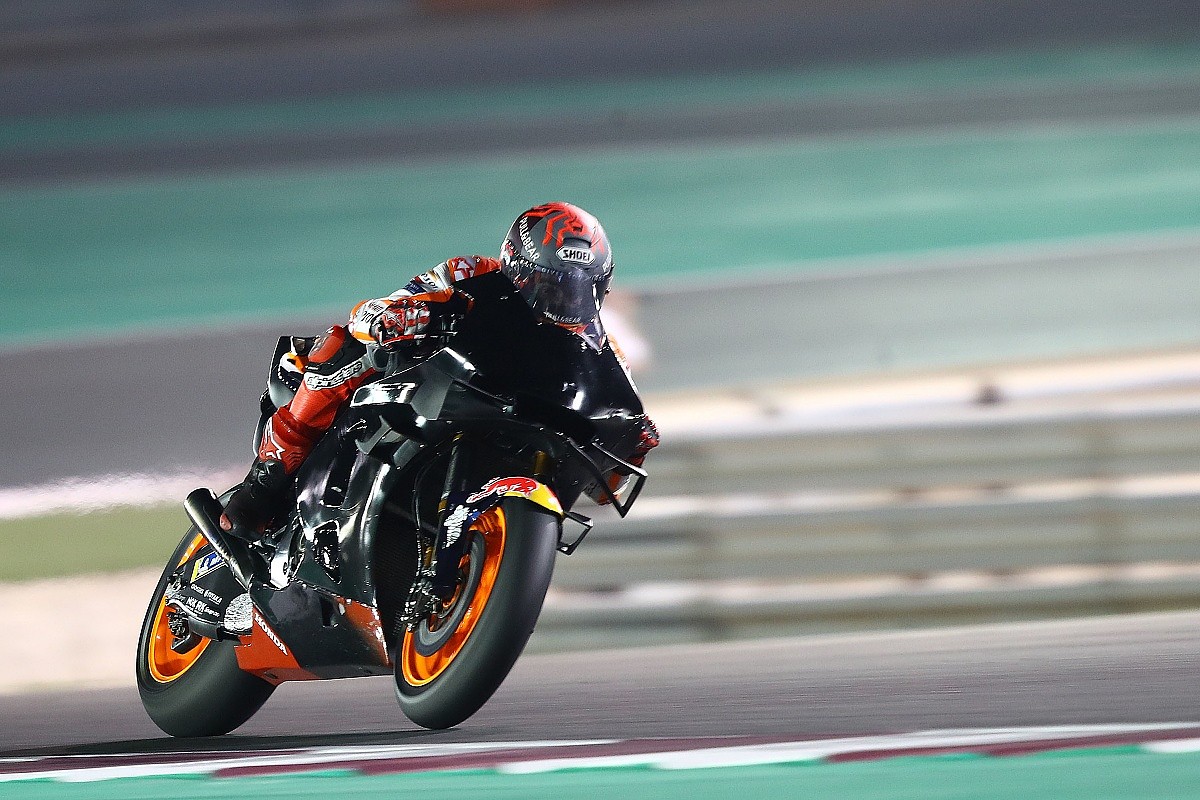 A well-known ace up MotoGP's dominant force Marc Marquez's sleeve is his ability to push the bike to the limit in any circumstance and then stay on that edge, seemingly teetering on the brink of disaster. And now Marquez's employer Honda has found itself in similar territory in 2020, looking completely lost over the winter only to finally find its feet on the last day - in the last two hours - of testing.

Honda's situation had been complicated by Marquez's recovery from off-season surgery proving more difficult than expected, but this wasn't the main issue. That the Hondas were running a second a lap slower than the Yamahas and Suzukis in long runs was a bigger concern.

"We were missing the front feeling," Marquez explained. "The entry of the corner was not good, and then we didn't have the speed of the turning. And then we tried to recover the grip on the exit, and we lost the grip." 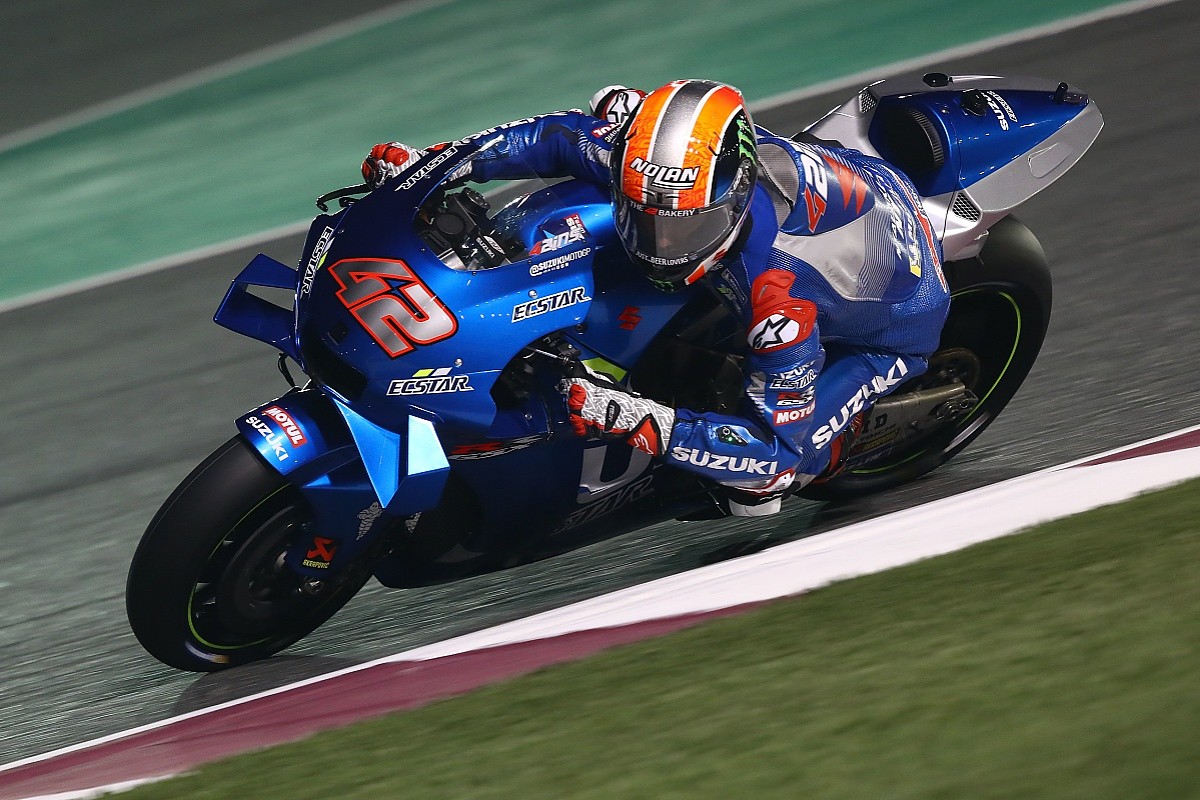 But on Monday the reigning champion was palpably relieved after a series of tests with different-spec bikes.

"I'm very happy because until today [Monday] I was going slowly and the worst thing is that the bike didn't give me any sensations. If we had had to race before this last day I would have finished ninth or 10th. Now I can see myself fighting."

Sky's the limit for Suzuki 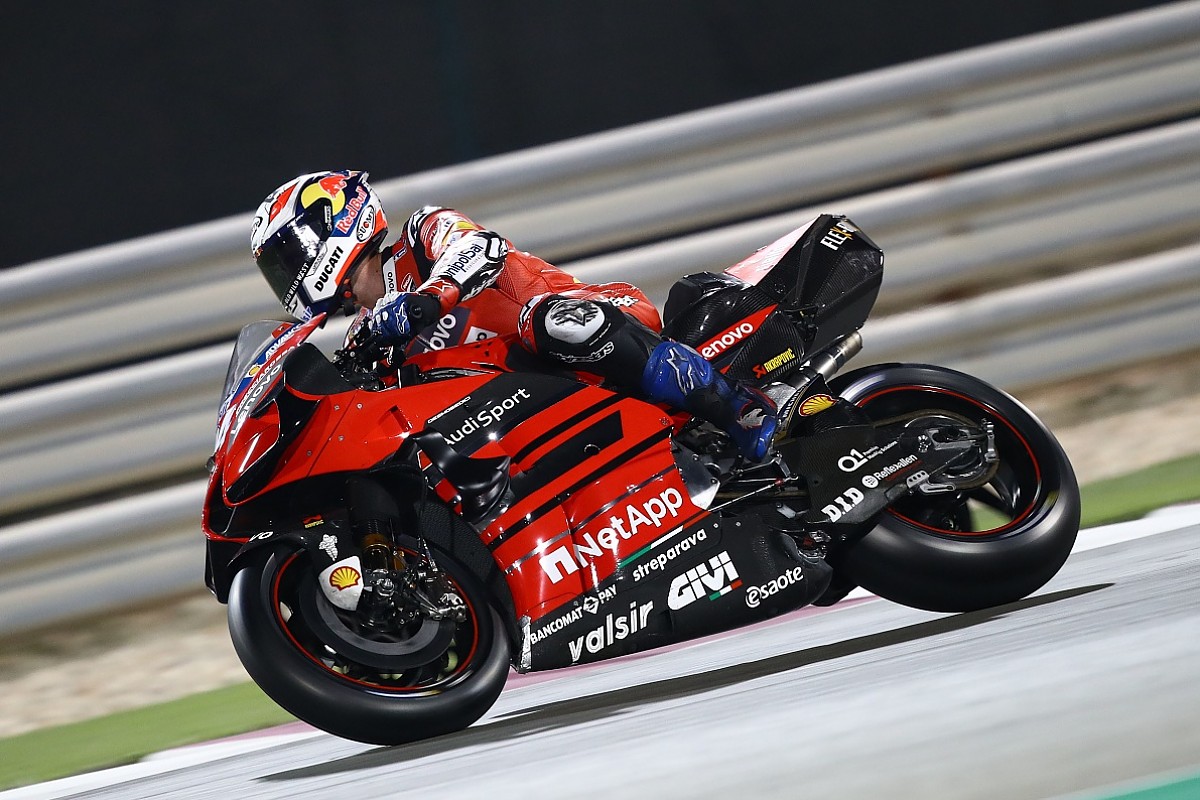 After a 2019 in which the GSX-RR proved capable of winning races, what else can Suzuki be targeting for 2020 other than a genuine lasting push for the title?

Alex Rins's wins at Austin and Silverstone demonstrated his credentials, but team-mate Joan Mir has now made a leap forward and should allow Suzuki to double its presence at the sharp end.

Adding to that is the fact that the GSX-RR, from a tremendously competitive base in 2019 already, now looks a considerably more polished and improved package.

The data is encouraging, both over one lap - in Qatar, Rins set the pace on Saturday and ended the test in fourth, with Mir sixth suggesting the Achilles' heel of last year's bike has been rectified - and over longer runs.

"The new bike is smoother, more stable and has more top speed than the previous one," Rins summarised. 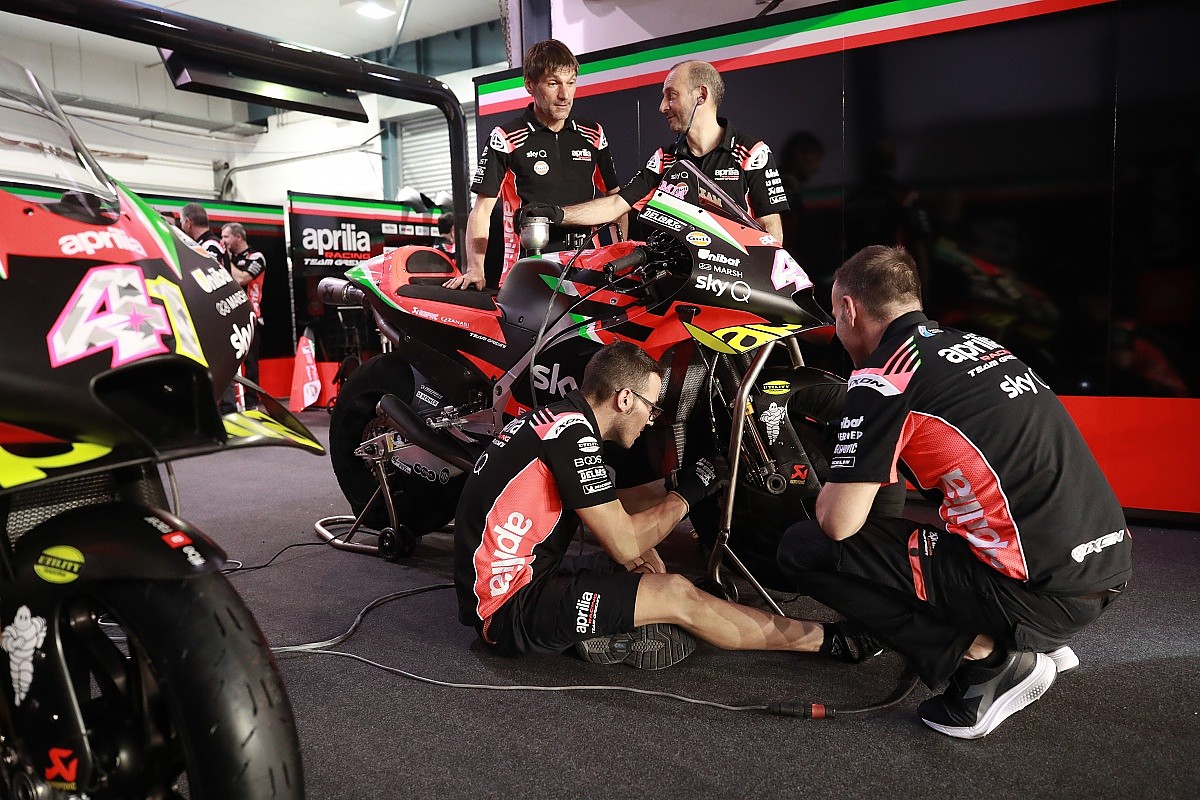 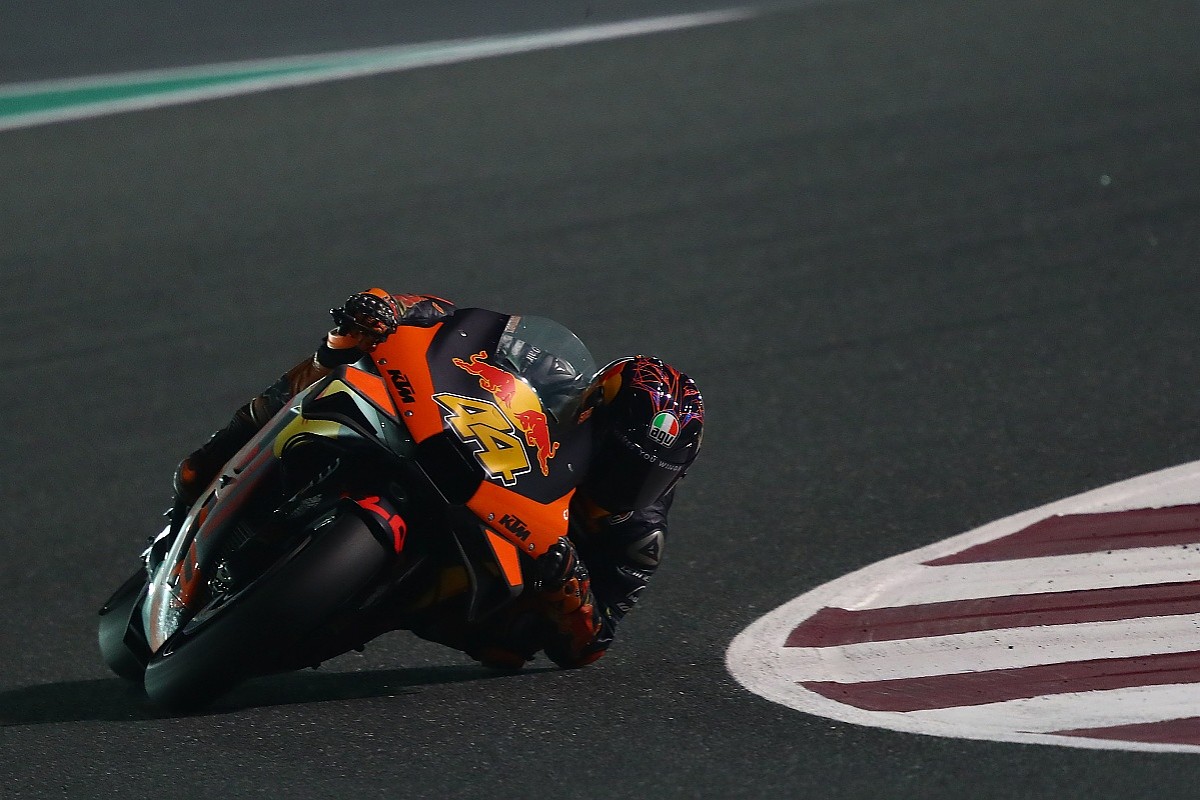 From what we've seen so far, Ducati will have no option but to bet the house on Andrea Dovizioso and hope he keeps it in the mix.

Yamaha's resurgence and Suzuki's progress is set to make the season a much more open affair - but if it's sacrilege to doubt Marquez's credentials, Dovizioso's too are long-proven, after he finished runner-up in each of the past three seasons.

It remains unclear whether in testing the 33-year-old was keeping his cards close to his chest - he finished 10th fastest, but spent much of the final day shadowing team-mate Danilo Petrucci in a tandem race run.

The good news is that the Losail weekend will serve as a good barometer, given Dovizioso is the winner of the past two Qatar GPs.

"It has been quite tough, because with the new tyres we struggle a little bit compared to last year," Dovizioso said.

"But the competitors have become stronger and stronger. Yamaha and Suzuki are really, really strong in pace [and over one] fast lap. So it will be very tough in the race, but in the end after two tests we finished in a better condition."

KTM and Aprilia enter the stage

If there was one undeniably good thing for MotoGP that could be drawn from the pre-season, it's that the gap between the front of the grid and the back is shrinking - with Aprilia and KTM making strides.

While Aprilia's factory in Noale has been rejuvenated by an all-new RS-GP, KTM is making clear strides forward and finally showing off just what the renowned Austrian manufacturer is capable of.

The fact that Aprilia was the last team to debut its new bike is a disadvantage that won't be easy to negate at this level, especially if it's being held back by issues related to a lack of mileage.

"A really busy three days," was Aprilia's Aleix Espargaro's summary of the Qatar test. "Unfortunately we were not able to do many, many laps due to small problems. But as I said in Malaysia it's quite normal."

Espargaro went on to describe it as "the best Aprilia I've ever ridden". Another factor of disruption, though, is that Andrea Iannone's doping case remains unresolved and may not be sorted in time for the start of the season proper.

KTM, meanwhile, remains dumbfounded by new works rider Brad Binder's "amazing" lap that left him ninth fastest. But it's Pol Espargaro (below) who remains the marque's main hope, and is still very optimistic about his 2020 prospects.

"Overall the [test] weekend has been very good," he said. "We feel ready for the weekend after next weekend, for the race, and that is the most important."