His fourth win of the season has put Foggia into championship contention as he moves up to second in the standings after points leader Acosta could do no more than seventh on his Ajo KTM at Misano.

Poleman Fenati grabbed the holeshot and resisted an attack from Avintia’s Niccolo Antonelli through the first sequence of corners to keep the lead on the opening lap.

Fenati quickly put a few tenths between himself and the chasing Antonelli, who immediately retaliated on Foggia’s attempts to take second from him on the second tour.

By lap five Fenati’s lead was up to over six tenths, with Antonelli looking like the only rider able to halt the Max Racing Husqvarna rider’s victory aspirations.

But on lap 10 Antonelli made a mistake into the Rio right-hander at Turn 4 and dropped back to seventh, gifting Fenati an advantage of 1.5s.

As the group behind engaged over the final two podium spots, Fenati was left to cruise away to a lead of close to three seconds as victory looked more assured with each passing lap.

However, disaster struck on lap 14 of 23 when Fenati crashed at the penultimate corner while comfortably leading. 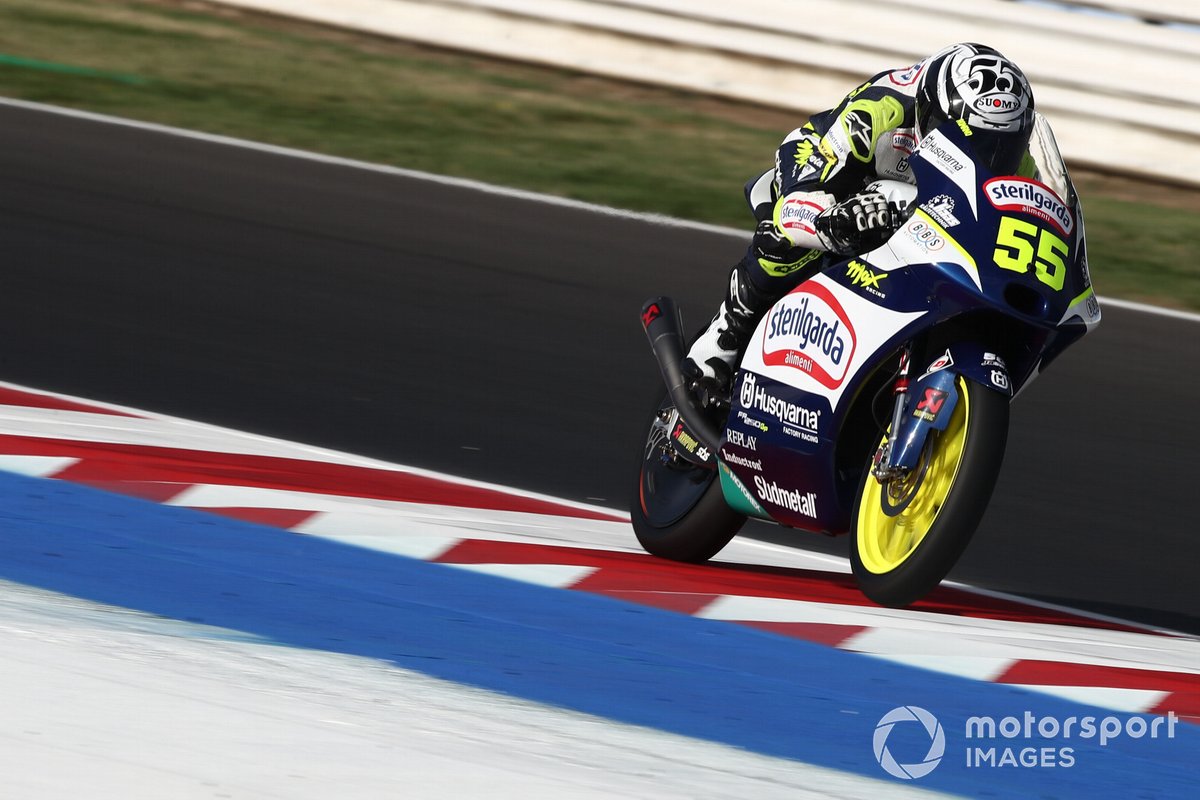 Foggia inherited the lead of the race as a result, the Leopard rider opening out a gap of over five tenths, with Andrea Migno on the Snipers Honda pulling away slightly from the battle for third in second in the closing laps.

But Migno could do nothing to close down Foggia, whose lead swelled to over seven tenths by the penultimate lap, while Migno came under attack from Antonelli into the first corner.

Antonelli made the move stick and set about trying to close down the now eight-tenth lead Foggia held.

By the end of the penultimate tour, Antonelli was able to wipe a couple of tenths out of Foggia’s lead.

But the Leopard rider responded emphatically through the first sector to get his lead back up to eight tenths and came under no threat to take his fourth victory of 2021.

Antonelli held onto second ahead of Migno, while Sergio Garcia took fourth on his Aspar GasGas machine on a day where he could have punished main title rival Acosta.

Jaume Masia completed the top five on his Ajo KTM ahead of Petronas Sprinta’s Darryn Binder, while Acosta salvaged seventh from a tough race to keep his championship lead at a still-healthy 42 points over Foggia and Garcia.

Honda Team Asia rider Yuki Kunii was disqualified from the grand prix for irresponsible riding in FP3 after he caused a collision, with the FIM stewards upholding an appeal from the team on Saturday evening.