Ex-MotoGP racer Michael Laverty has confirmed he will become team owner of a new British squad in Moto3 which will take over from Petronas SRT in 2022.

Last month the Sepang Racing Team announced it would be quitting grand prix racing altogether following the decision by title sponsor Petronas to end its association at the end of the year.

The SRT MotoGP team will morph into a new entity from 2022 helmed by current management and with Andrea Dovizioso as one of its riders on a factory-backed Yamaha.

Ex-MotoGP and Superbike racer, and current BT Sport pundit, Laverty has announced he will take over the assets of the Sepang Moto3 team to form the all-new Vision Track Honda squad to help boost Britain’s presence in grand prix racing.

Speaking about the new team live on BT Sport, Laverty said: “It has been a whirlwind three weeks. Literally three weeks today the idea was floated by IRTA [International Race Teams’ Association], could I put it together in the timeframe?

“In three weeks we’ve managed to create what will be the Vision Track Honda team.

“I couldn’t have done this without the support of Vision Track CEO Simon Marsh.

“We met last season, he was aligned with the fact we [Britain] don’t have a team, a structure, a place for young riders to go from the UK.

“We created that youth academy in British minibikes, then we put them up to British Talent Cup and from 2022 we will have a two-man British team.

“Hopefully we will have British staff alongside them, we’re still working out those deals and key ingredients and personnel.” 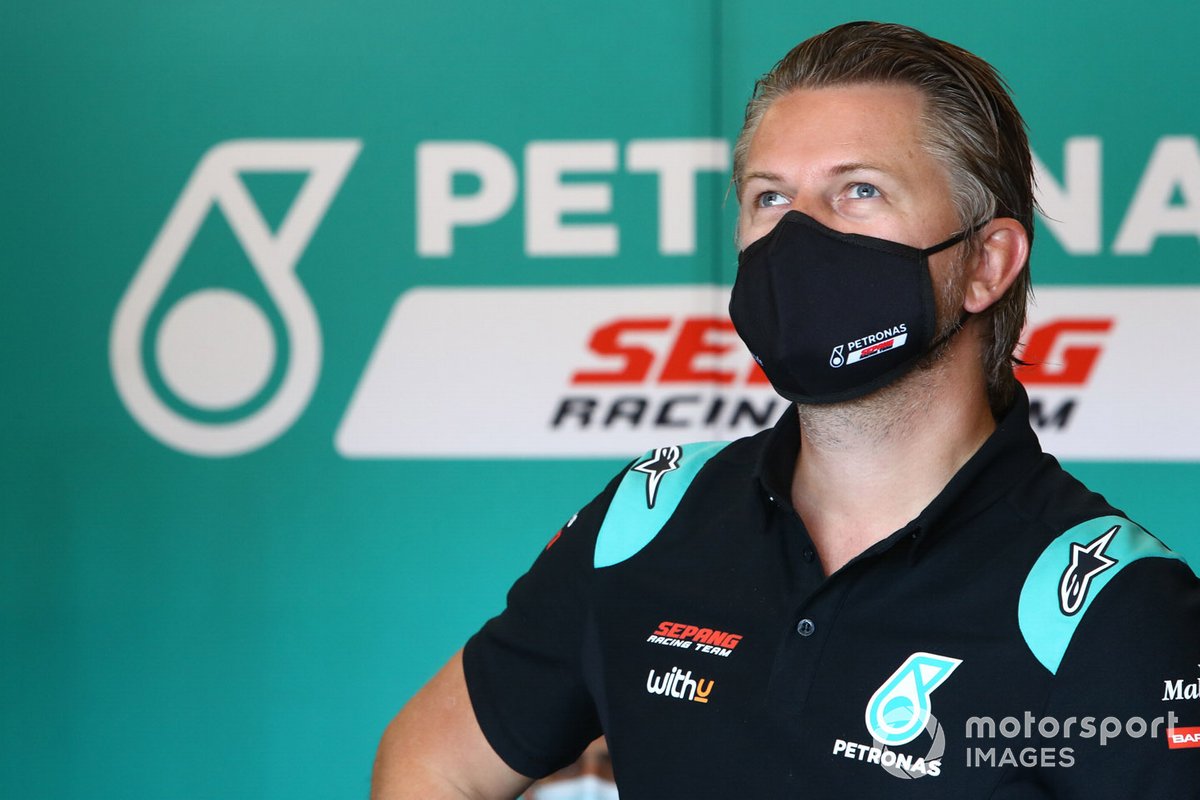 Laverty says he will purchase all of SRT’s assets at the end of the season and admits its demise made this new British Moto3 team possible.

“Honestly, funding is the big thing and that was Vision Track, so Simon committed to the project,” he added.

“I actually sat down with Stiggy [SRT boss Johan Stigefelt], done a deal to acquire all their material.

“Due to their demise, if it wasn’t for that I probably wouldn’t have been to make it happen in such a short timeframe.

“So at the end of the season I’ll purchase all the material, all the bikes, all the equipment, flight cases, the garage.

“I’ll try and keep on as many of the staff as I can.

“There’s a lot of British staff in there that were going to be out of work, so it would be good if we can keep them onboard.

“So essentially we’re rebranding an already successful team. We’ll have to buy a lot of new parts as well. I plan to get a good team coordinator and I’ll duck in and out.”

An announcement on riders for 2022 will be made at a later date, with Laverty revealing letters of intent had only been signed today.

“On riders, that announcement will come later in the weekend,” he said.

“I only signed letters of intent with them this morning, it literally is that late in the day with everything. I had to pull the pin this week.”

This will be the first British-centric team in grand prix racing since the British Talent Team back in 2017, though that project only lasted one campaign.

Since 2017 Dorna has run the British Talent Cup to try and boost the UK talent pool in grand prix racing, but it has so far proven unsuccessful.