Marco Bezzecchi dominated the Moto2 European Grand Prix while fourth-placed Enea Bastianini took the lead in the championship after a crash for Sam Lowes. 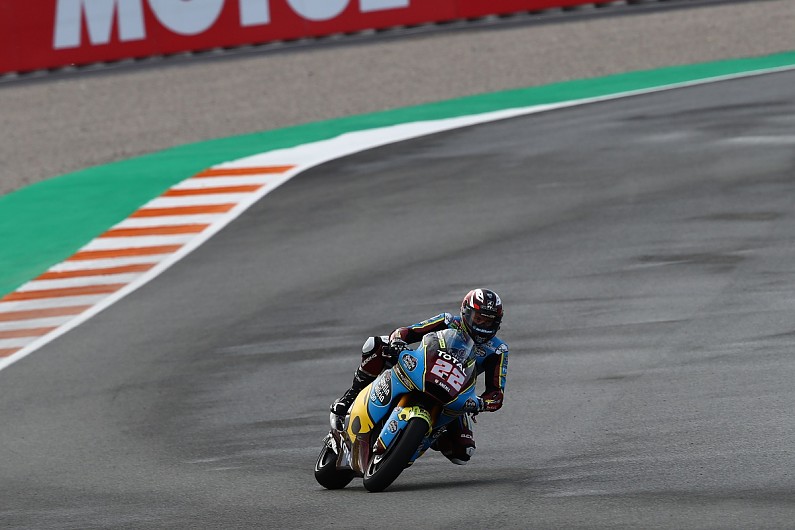