The #63 Corvette that Taylor shared with Antonio Garcia and Nicky Catsburg finished 41 seconds behind the race-winning #51 Ferrari of Alessandro Pier Guidi, James Calado and Come Ledogar after a long chase through the night.

The #51 crew was never headed after Pier Guidi passed Taylor in the 11th hour, but Corvette remained in the hunt on its Le Mans debut with the new-for-2020 C8.R and at one point in the 19th hour was just a shade over 20 seconds behind.

Ferrari had been hit twice by pre-race Balance of Performance changes, targeted at reducing its boost pressure on acceleration and reducing fuel capacity by four litres.

But when asked if it had made a difference, Taylor told Autosport the BoP tweaks had a minimal impact.

“I think for us the weight change wasn’t massive – it definitely was nice and it helped, but that wasn’t going to be a gamechanger,” the 2015 GTE Pro Le Mans winner said.

“We knew what we had going into the race, we had a lot of different options through practice and testing that we tried out set-up-wise and did all the work to see what we wanted to put on the car for the race.

"The weight change didn’t have a huge influence on that.

“But any time when you can get a lighter car it’s going to help on the performance side, so it definitely wasn’t a bad thing.”

Taylor conceded it “always does hurt a little bit when you come that close” to victory, and admitted that the team was surprised by how fast Ferrari had changed its brakes – losing only 40 seconds when the car was brought into the garage in hour 19. 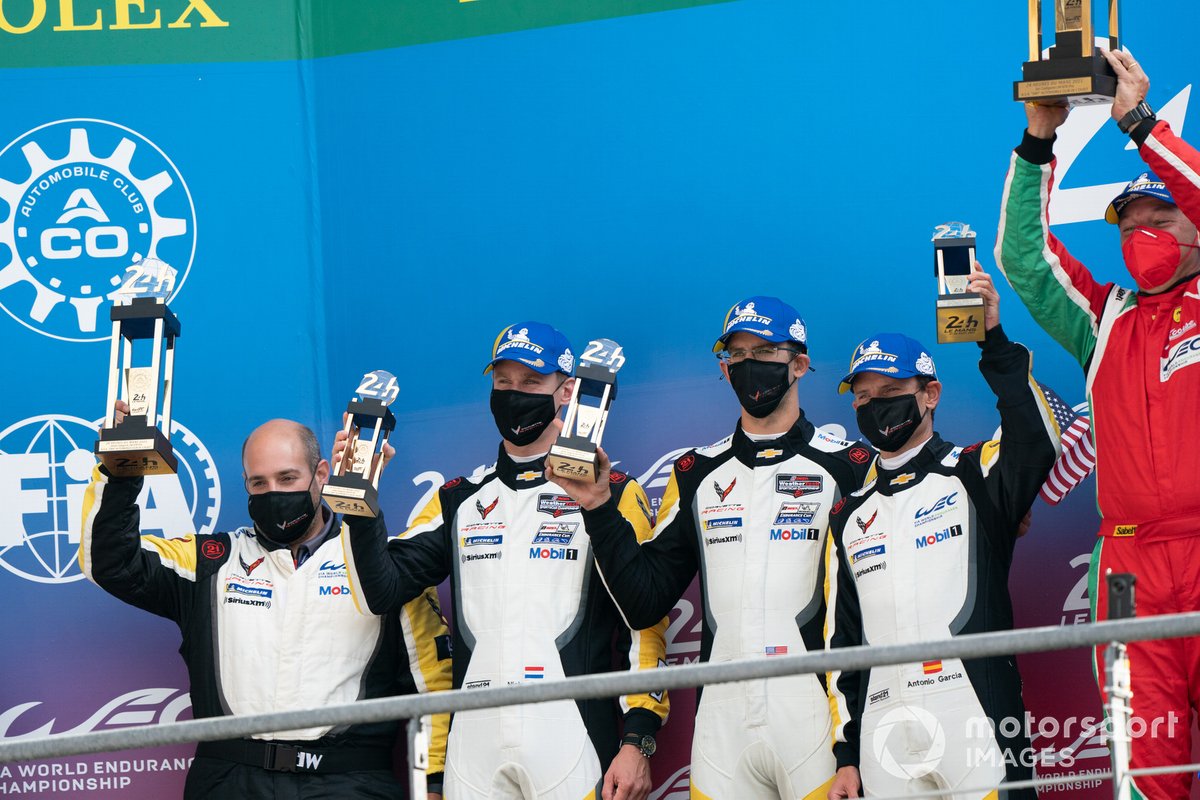 This effectively forced the #63 crew into committing to not changing brakes to remain in the hunt, although Taylor said the team was “pretty confident that we could make it”.

“We kind of thought that when they committed to doing the brake change, we’d be able to jump them,” he said.

“But their change was impressive and it forced our hand to make it to the end on our brakes just because we knew our change would take us a little bit longer and probably would have taken us out of contention.

“We took the risk to go all the way on one set of brakes and thankfully it worked out.

“We went through practice and the test day and got as many hours on the brakes as possible to get wear numbers and understand where we’d be by hour 24 because we didn’t have any experience around here to measure brake wear and brake temps, so I think after the whole week of practice we knew where we wanted to be in the race.

“I think some of the slow zones probably helped us throughout, but the guys were pretty confident that we could make it.”