Kobayashi set the session's benchmark time of 3m26.279s aboard his Toyota GR010 HYBRID in the first half of Wednesday night's one-hour qualifying, going over a second quicker than team-mate Brendon Hartley in the sister #8 car that currently leads the World Endurance Championship points standings.

In the second half of the session, Alpine driver Matthieu Vaxiviere split the two Toyotas with the second-fastest time, lapping eight tenths off Kobayashi's best in the #36 Alpine A480 Gibson.

The pair of Glickenhaus Racing 007 LMH cars finished fourth and fifth in the five-car class, with all LMH entrants progressing to Thursday night's Hyperpole shootout comprised of the six fastest entries in each class.

Test day pace-setter Olivier Pla set the fastest time in the #708 Glickenhaus, which beat the fastest of the LMP2 entries into fourth overall.

In LMP2, Antonio Felix da Costa brought his #26 Jota ORECA 07 Gibson to the top of the timesheets with a 3m29.144s effort, 23 minutes before the end of the session.

The outgoing Formula E champion was four tenths quicker than his successor Nyck de Vries, who set the second time aboard the #26 G-Drive Aurus 01 Gibson.

Louis Deletraz ensured that WRT will be present in the Hyperpole shootout on the Belgian squad's first time at Le Mans, the Swiss managing a best effort of 3m29.441s to go third ahead of Will Stevens in the #65 Panis Racing car. 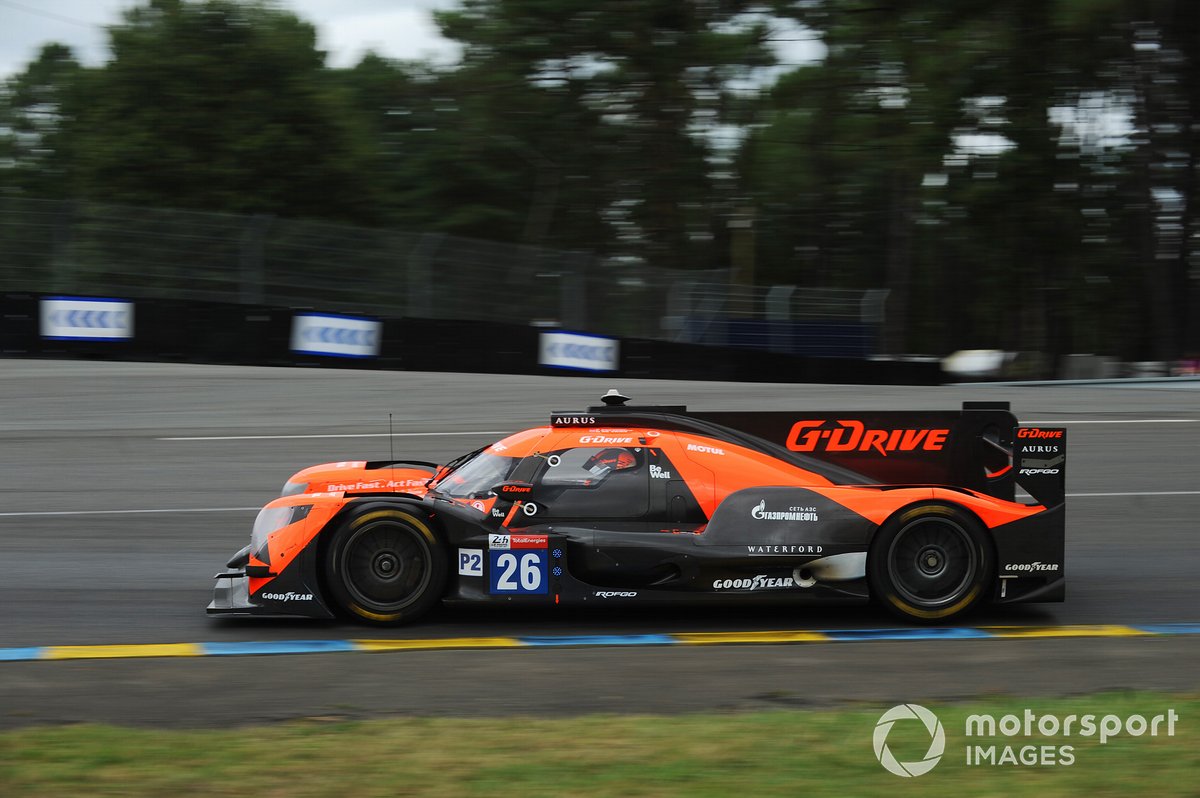 United Autosports managed to get two of its three cars into the Hyperpole session, with its #32 and #23 machines piloted by Nico Jamin and Paul di Resta both progressing at the expense of the WEC points-leading #22 entry of Filipe Albuquerque, Phil Hanson and Fabio Scherer, which only managed the 12th quickest effort.

The Le Mans GT lap record was broken by the top four runners in the GTE Pro class, as Ferrari locked out the top two spots.

Kevin Estre first dipped under the 3.47s barrier with a 3m46.779s lap in the #92 Porsche 911 RSR-19, but that was subsequently beaten by Daniel Serra in the #52 AF Corse Ferrari, whose new benchmark of 3m46.011s remained unbeaten until the end of the session.

The second #51 AF Corse Ferrari in the hands of James Calado launched up to second in the closing stages, with Estre clinging onto third amid a late charge from Nick Tandy's #64 Corvette C8.R.

Tandy's 3m47.074s lap put him into fourth, ahead of the privateer HubAuto Porsche of Dries Vanthoor, with Gianmaria Bruni completing the top six in the #91 works Porsche.

After a closely contested GTE Am qualifying battle, in which the top five runners all lapped faster than the #63 GTE Pro Corvette, the #88 Dempsey Proton Porsche topped the table by virtue of Julian Andlauer's 3m48.620s lap.

The session was interrupted by an early full-course yellow for an off by IDEC Sport LMP2 driver Paul-Loup Chatin at Tertre Rouge, the Frenchman clattering the barriers in his #48 ORECA and losing his rear wing in the process.