Former Rebellion LMP1 driver Thomas Laurent has been drafted in at late notice to join the IDEC Sport LMP2 team for this weekend's Le Mans 24 Hours.

Laurent will join Dwight Merriman and Ryan Dalziel aboard IDEC's #17 ORECA 07 Gibson as a last-minute replacement for Kyle Tilley, who sat out the official test day on Sunday.

It follows American-based Briton Tilley withdrawing from planned appearances in both the NASCAR Cup and Xfinity events that took place last weekend on the Indianapolis road course.

Laurent is now set for his fifth start at Le Mans, having been part of the Jackie Chan DC Racing lineup that finished second overall and first in the LMP2 class in 2017, before stepping up to join Rebellion in the top LMP1 division for both iterations of Le Mans that fell under the 2018-19 World Endurance Championship 'Superseason'.

The 23-year-old finished third at Le Mans in 2018, and scored an inherited victory in the following WEC round at Silverstone when both Toyotas were disqualified for failing the underfloor deflection test in post-race scrutineering.

Laurent, who was contracted as a Toyota LMP1 reserve driver during the original timeframe of the 2019-20 WEC before the pandemic-induced hiatus prompted a return to the regular calendar year from 2021, has not raced since the conclusion of last season spent back in LMP2 with the Signatech Alpine team.

The Frenchman was left on the sidelines for 2021 following the squad's first winless season since joining the WEC in 2015, as Alpine graduated to the Hypercar class with a grandfathered ORECA LMP1 (previously the Rebellion R-13). 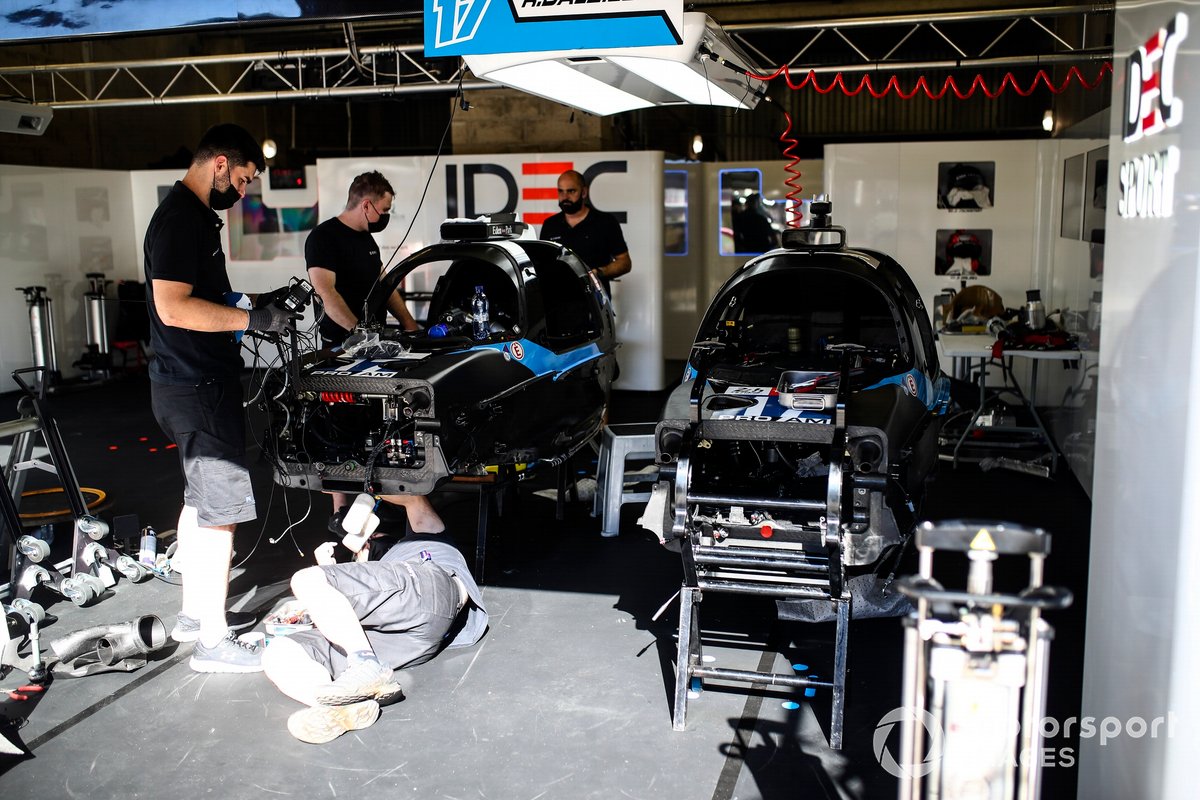 Chatin set the pace in the LMP2 class during the test day with a best time of 3m31.105s, narrowly eclipsing the Panis Racing ORECA of Will Stevens that was second-fastest.

Ex-Champ Car racer Dalziel set the fastest time in the #17 car during the morning session, before an accident when American Merriman was at the wheel caused the car to miss the faster afternoon session while repairs to the tub were carried out.