The Japanese manufacturer had served notice of its intent to appeal within the one-hour timescale allowed after the TS050 HYBRIDs were disqualified from first and second positions on Sunday night.

But Autosport learned that Toyota will not be pursuing a challenge to the exclusion, in a decision confirmed by the FIA later on Tuesday morning.

Toyota has also issued a statement with an apology to its drivers from company president Akio Toyoda.

The statement read: "I would like to apologise to the six drivers that we could not make a car with which they can win even though they drove all out.

"On the other hand, I would also like to thank our drivers for their trust in our cars and for pushing to the limit, as this meant we could learn about improvements which can be made.

"We will make our cars even stronger for the next race [in October] so that the drivers can drive all out again at Fuji Speedway and fight for another one-two victory to strengthen our challenge for the world championship." 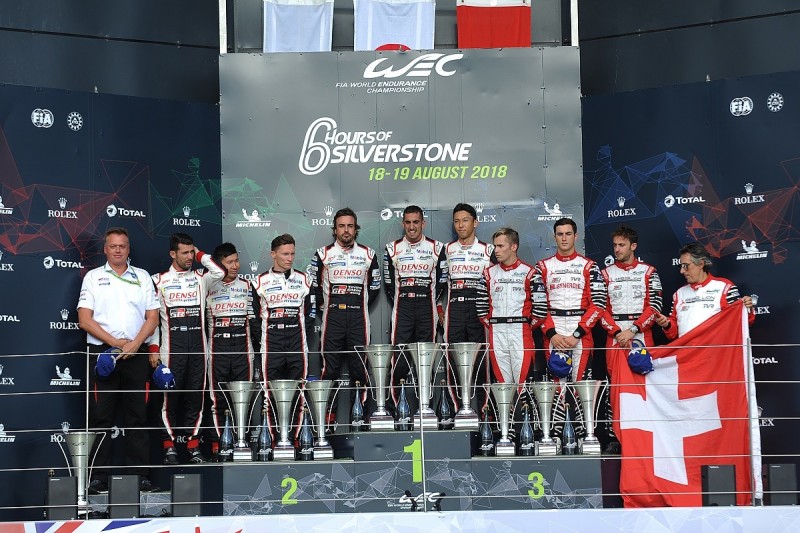 The two Toyotas claimed a third one-two victory of the 2018/19 WEC superseason, but were thrown out after the front section of the underfloor skid block or plank on each car failed the deflection test.

The rules allow for a maximum movement of 5mm, but the planks on both TS050s exceeded this.

The plank on the winning car - shared by Fernando Alonso, Sebastien Buemi and Kazuki Nakajima - deflected by 6mm on the right side and 8mm on the left side when placed under a 2500 Newton-metre load.

The second-placed Toyota of Kamui Kobayashi, Mike Conway and Jose Maria Lopez showed a deflection of 9mm on both sides.

The Toyota team claimed in scrutineering that the only explanation for the twin failures of the deflection test could be drivers running over the kerbs and going off the track during the race and causing damage to the planks' internal stays.

This was rejected by the event stewards, who said in their report that the design of the car should be able to withstand "the normal rigours of a six-hour endurance race".

Toyota pointed out that the design and construction of the plank dated back to the beginning of the 2017 season and that it had successfully passed the deflection test on previous occasions, most recently at the 2018/19 WEC opener at Spa in May.