The increase in power afforded to the Hypercar class at this weekend's Le Mans 24 Hours gives a lap time gain of more than a second and a half.

Toyota and Glickenhaus have both stated that the extra 20kW or 27bhp they are running is worth in the region of 1.6s a lap around the 8.47-mile Circuit de la Sarthe at Le Mans.

Luca Ciancetti, technical director of the Podium organisation that has developed the Glickenhaus-Pipo 007 LMH, agreed with Toyota's simulations.

The Toyota and Glickenhaus Le Mans Hypercars and Alpine's grandfathered LMP1 car have been allowed to run at the higher of two horsepower figures laid down in the rules.

It was originally planned for the cars to run at a 500kW (670bhp) maximum at Le Mans rather than the 520kW (697bhp) allowed to the cars at other rounds of the World Endurance Championship.

The shift to the higher figure was made in the run-up to the Le Mans test day last weekend in order to maintain a separation in lap time between the cars in the Hypercar class and the LMP2 machinery in the secondary prototype division.

The increase in pace has already played out at Le Mans this year.

The time-topping Glickenhaus and both Toyotas all lapped below the 3m30s target race lap time for the new cars in Sunday's Le Mans test day.

That was despite a 'green' track and surface temperatures in that peaked in excess of 40deg C during the official pre-event test.

Vasselon suggested that the best lap times would have been below 3m30s even if the cars had been running at the lower power figure. 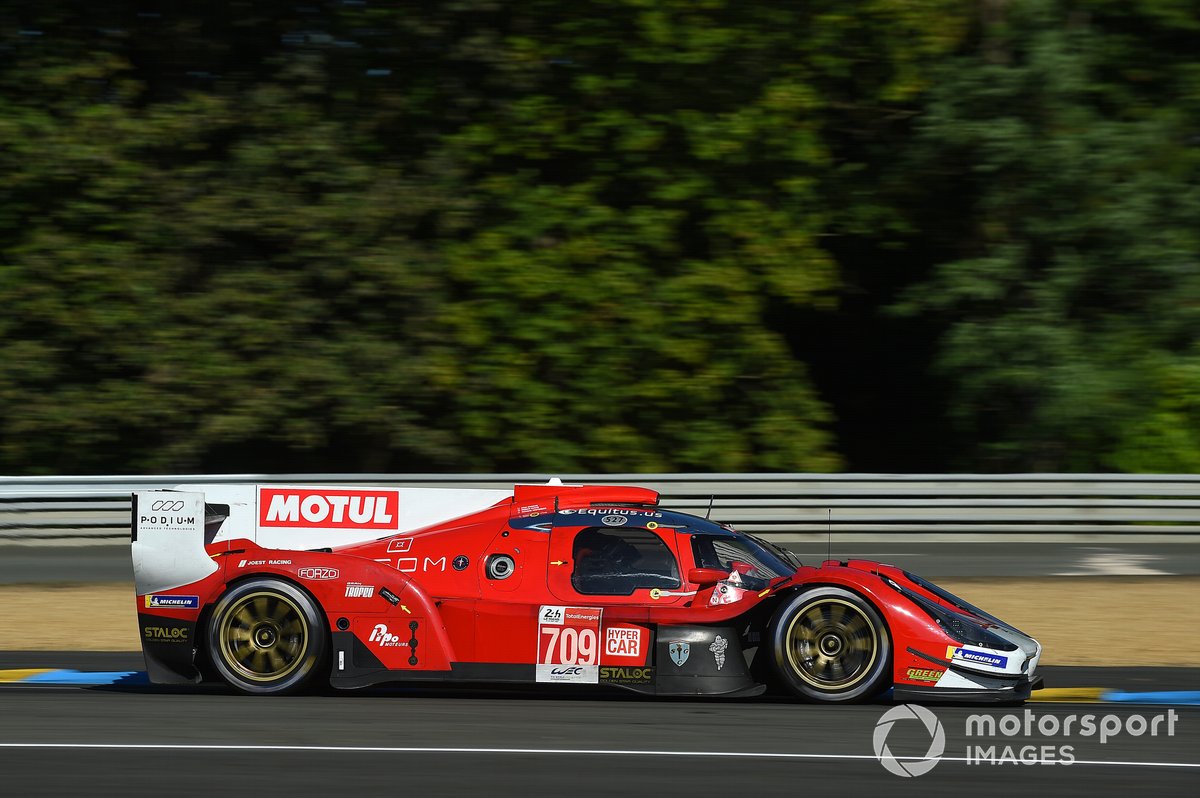 "With the grip increase later in the week we would have been below 3m30s with 500kW," he said.

"We can say on performance we are exactly on the plan for the series."

Vasselon's comments intimate that the fastest times in practice and qualifying on Wednesday and Thursday this week will be some way below the 3m30s mark.

It should be remembered that this figure was always envisaged as an average lap time in the race rather than the one-lap pace for the new cars.

The Toyota has been allowed maximum power of 515kW at Le Mans this week, as laid down by the Balance of Performance table.

Its power was revised downward by 5kW for the Portimao 8 Hours WEC round in June when Glickenhaus joined the championship.

It appears that the Toyota GR010 HYBRID would have run at 495kW at Le Mans had there been no upshift in the power.

Vasselon said that the increase in power will not have an effect on the fuel mileage of the car and that the GR010s will still be able to do the 12-lap stints envisaged for the LMH class.

"I would say theoretically it is a bit more difficult, but we can do 12 laps."

There has so far been no change in the BoP from last weekend's Le Mans test day.

That means any revision to the BoP ahead of the race is likely to come on the 'rest' day at Le Mans on Friday.