Ferrari GT technical director Ferdinando Cannizzo says the timing of a Balance of Performance tweak handed down to the Italian marque at the Le Mans 24 Hours was “really surprising”.

Ferrari GTE Pro drivers Daniel Serra and James Calado finished first and second in qualifying practice on Wednesday, with the fastest Porsche – the #92 factory entry of Kevin Estre – 0.768 seconds down in third.

The changes impacting Ferraris in both the GTE Pro and GTE Am classes were required to take place with immediate effect, leaving Cannizzo unhappy that the information was only relayed to the team “two minutes before a session, so it cost us 30 minutes of the session to adjust the cars”.

Speaking to Autosport, Cannizzo said: “Having a BoP adjustment is something that could happen. It’s up to the FIA, ACO to decide whether the car is balanced or not. What surprised us is the way that it came.

“If they believe that the car is more balanced this way, we have no problem, but the way that the BoP adjustment came, yes, this was really surprising to us.” 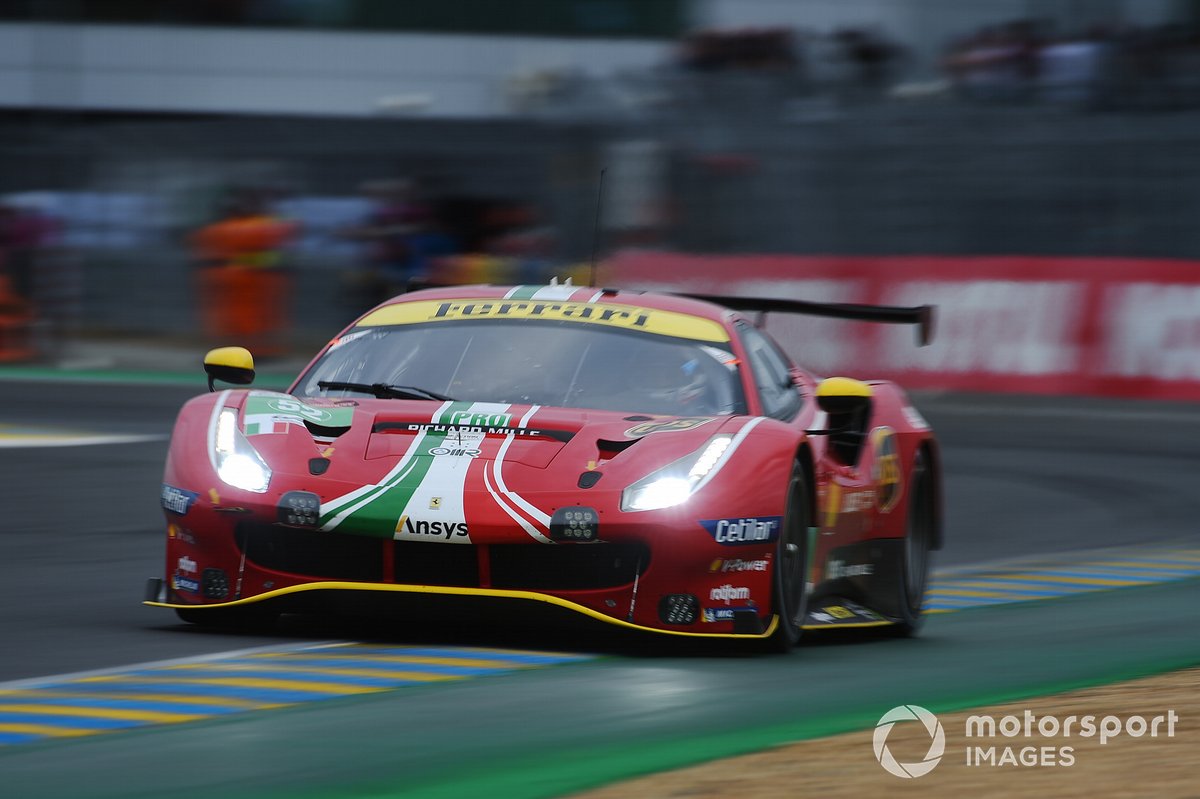 Serra finished second in the Hyperpole session, 0.181s behind the privateer Porsche of HubAuto’s Dries Vanthoor, while Gianmaria Bruni finished last of the cars to set a time in fifth after Estre crashed on his first flyer at Indianapolis.

In GTE Am meanwhile, Porsche locked out the top three positions, while the fastest Ferrari of Cetilar’s Antonio Fuoco ended up 1.4s down in fourth.

Cannizzo said that the HubAuto car’s pace had been “a bit of a question mark”.

“We are not happy about what happened yesterday, on both classes to be honest,” he said.

“While we were not shy at all in showing our performance and this was clear in quali and hyperpole, on the other side we saw some competitors a little bit shy on showing the ultimate potential.

“I think having a privateer car on the pole is a bit of a question mark, the same as when competitors improve in sector one and sector two and then pit not to have the cars showing the performance.

“I hope this will not amount that the ultimate performance will be shown only in the race, because it will be not fair at all.

“But we are confident that we can fight during the race for this Le Mans.”

On Friday the ACO made another BoP tweak, further reducing the Ferrari's fuel capacity from 93 to 90 litres in GTE Pro, and from 90 to 87 litres in GTE Am.

Corvette's C8.R also received a 7kg weight break, slimming down from 1276 to 1269kg. Its fuel capacity was also slightly reduced from 99 to 98 litres.