The #8 Toyota of Sebastien Buemi set the fastest time in Free Practice 2 ahead of this weekend’s Le Mans 24 Hours, while WeatherTech's privateer Porsche topped GTE Pro.

The two-hour FP2 session was run in darkness throughout, with all drivers required to complete at least five laps at night ahead of Saturday’s race.

Jose Maria Lopez set the early pace in the #7 Toyota GR010 HYBRID he shares with Mike Conway and Kamui Kobayashi with a time of 3m29.810s, while Kazuki Nakajima worked down to 3m30.705s in the sister #8 machine.

Soon after taking over the #8 car he shares with Nakajima and Brendon Hartley, Buemi improved to a 3m30.176s and then lowered it to 3m29.351s, over four tenths up on the sister car.

Meanwhile, Conway locked up and went off into the gravel at Mulsanne on his first dark flying lap in the #7 Toyota, but made it back to the pits. Kobayashi closed to within 0.387s of Buemi in the closing stages, but was unable to wrest away the top spot.

After a red flag to recover Daniel Serra's #52 GTE Pro Ferrari, which came to a halt after suffering a puncture, there was a fierce competition for best-of-the-rest spot between Glickenhaus and Alpine.

That jumped him ahead of Nicolas Lapierre's 3m30.744s in the Alpine-Gibson A480, with Ryan Briscoe bringing up the rear in the five-car Hypercar field with the #709 Glickenhaus. 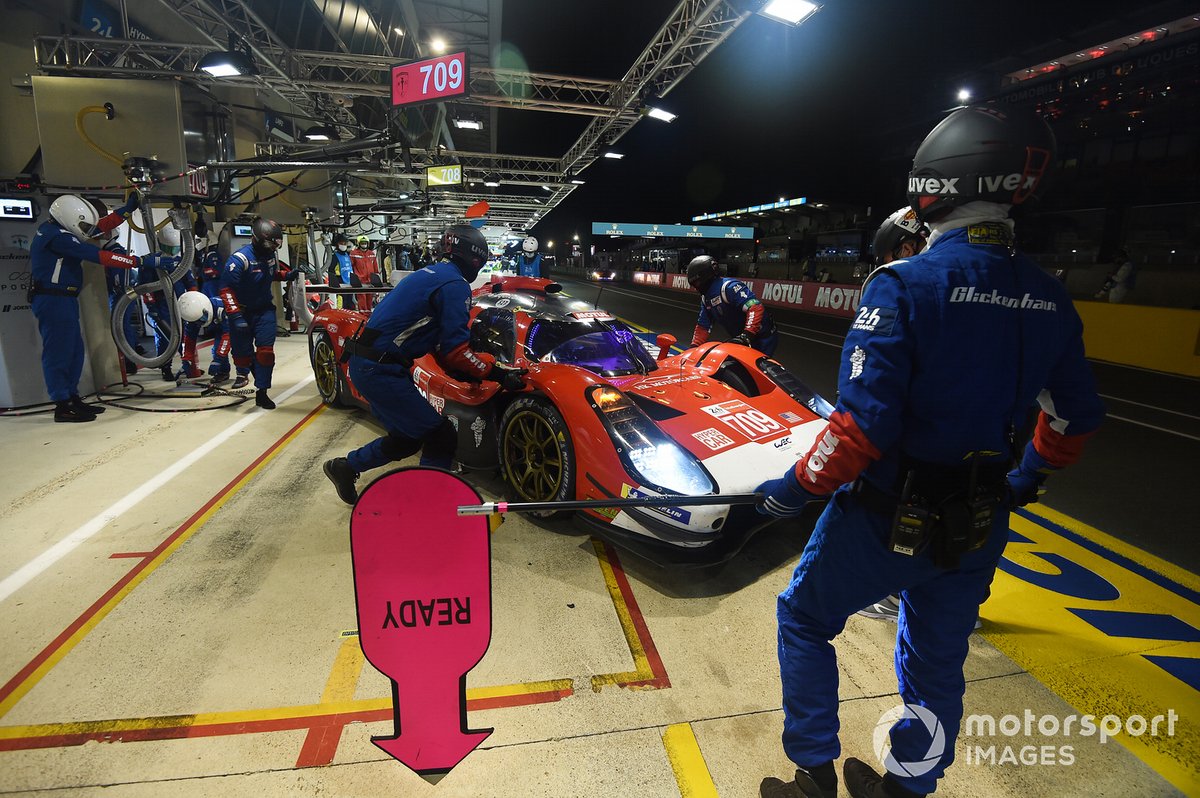 Having missed out on Hyperpole, United Autosport's World Endurance Championship points-leading #22 car placed third, ahead of G-Drive’s #26 Aurus-badged ORECA and the #21 Dragonspeed USA car in Ben Hanley’s hands. However, the Briton ran into the gravel at Indianapolis on the very next lap.

The only incident of note besides that was the PR1/Mathiasen Motorsports #24 car, which stopped on track in Patrick Kelly’s hands, causing a slow zone while it was towed away.

Serra hit trouble just before the halfway point of the session when the Brazilian suffered a huge lockup at Mulsanne Corner and had to crawl along as the tyre blew, wrecking the car's front-right bodywork.The car was recovered back to the pits on a tow truck.

After the red flag, Laurens Vanthoor grabbed the top spot in the Proton-run WeatherTech Racing Porsche with an impressive lap of 3m49.018s, putting the 2018 Le Mans GTE Pro class winner to the top spot by nine tenths of a second.

Behind Makowiecki and Serra, the #52 machine staying in the garage for the rest of the session, Neel Jani was fourth fastest in the #92 works Porsche on 3m50.589s, ahead of the #51 Ferrari driven by James Calado, Alessandro Pier Guidi and Come Ledogar. 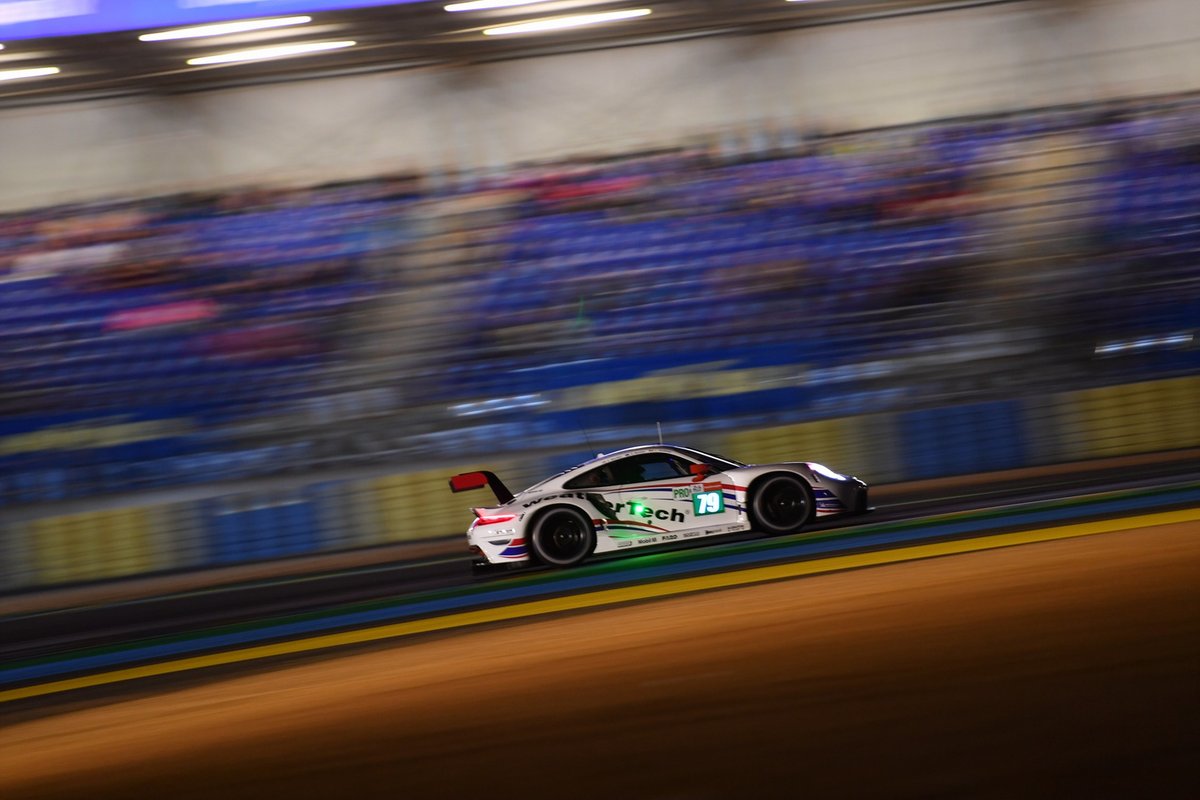 In GTE Am, fastest qualifier Julien Andlauer again set the pace in his #88 Dempsey-Proton Porsche, the Frenchman's 3m51.452s effort beating Riccardo Pera’s early 3m52.206s that had kept the #56 Team Project 1 Porsche at the head of the times for the majority of the session.

The #39 Spirit of Race Ferrari and #98 Northwest AMR Aston Martin were fourth and fifth.

The next session is Free Practice 3 at 2pm local time on Thursday.