Sebastien Buemi says the area of impact his #8 Toyota car took in the Le Mans 24 Hours start clash with the #708 Glickenhaus helped avoid critical damage as his squad recovered to finish runner-up.

Defending Le Mans champions Buemi, Brendon Hartley and Kazuki Nakajima in the #8 Toyota suffered a nightmare start when Buemi was hit from behind by Pla in the #708 Glickenhaus under braking at the Dunlop chicane on the first racing lap after the safety car pitted following a wet start.

While Buemi felt he was “quite lucky” to avoid major damage in the collision, his start got worse when he needed to stop on the track to complete a power cycle before later sliding off at Arnage in the wet conditions.

Having dropped to “dead last” on the opening lap, the #8 Toyota was able to recover up to second place and despite briefly leading the race Buemi’s car would have to settle for the runner-up spot two laps down.

Buemi has explained he was initially cautious at the race start due to the wet weather, with conditions playing a role in Pla hitting him.

“We didn’t experience any rain for the whole week and then right at the start there is this massive rain [storm],” Buemi said.

“It was the same for everyone and at the start you try to be quite cautious because you are going for a 24-hour race, especially if it is wet, I took it easy that was pretty clear.

“He locked up the tyres and he ended up hitting me. But we were, somehow, quite lucky because he hit us right in the rear-left wheel so luckily we didn’t have any damage.

“The only issue is that you have to restart, you have 60 cars coming, in the wet, so you have poor visibility. 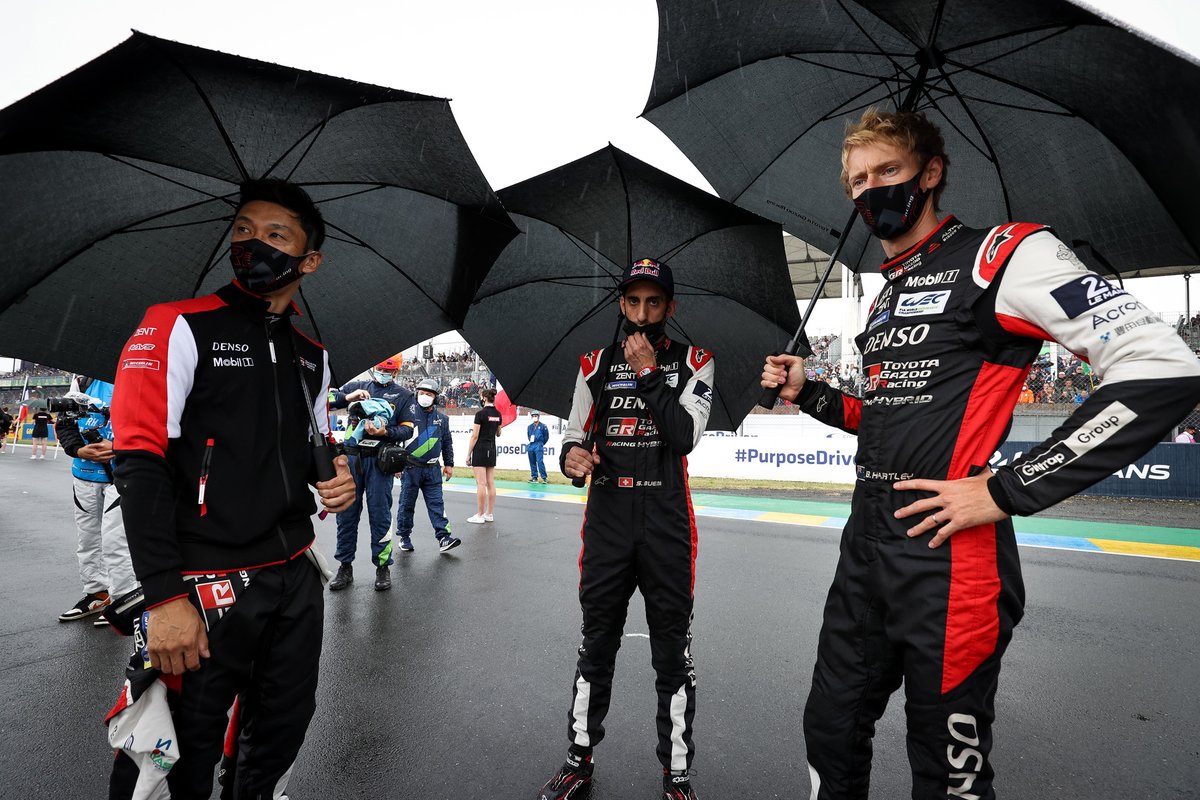 “Then we had to do a power cycle, stop the car, completely reset the car in the middle of the straight with GTs passing everywhere.

“So obviously that was not great and then I went straight on at Arnage as my tyres were completely cold so I had to reverse. I think we were dead last basically!

“Somehow to finish second after that is quite good, we had even been leading the race at some points, so it was pretty impressive.”

Buemi led the plaudits for the winning #7 Toyota having seen the car endure a series of near-misses with victory at Le Mans and felt his car lost pace compared to the trio of Jose Maria Lopez, Mike Conway and Kamui Kobayashi at a critical point of the race during the night stints.

“We were very fast but then at some point in the night I don’t know what happened, we just got slower and slower and the sister car got a bit faster and then we had a few mechanical issues at the end of the race.