Will Power's determined effort to maintain his cool has never been more sorely tried than at the races where the Australian has started further down than expected, or when circumstances have conspired against him.

At both Barber Motorsports Park and Road America, the Australian had seemed to be set for a Fast Six slot when he got caught out by too much understeer on the Firestone alternate tires and his Q1 laps left him only 19th and 15th on the grid, respectively.

Then there were lowly grid slots at Mid-Ohio, when he was sent out of pitlane in front of a rival and was penalised for blocking Helio Castroneves’ flying lap, and at Toronto, when Kyle Kirkwood spun and crashed ahead of him, bringing out a red flag.

Yet Power's strategist at Team Penske, the team manager Ron Ruzewski, says that Power’s on-screen demeanour in consistently playing down his adversities has not been just for show.

“OK, he lost it a little bit after qualifying at Toronto, and that’s understandable – there was literally nothing he could do about that red flag during his hot lap, and he was easily going to be P1 in his group with that lap.

“But that was probably the only time when I saw him get angry. Oh, and probably Mid-Ohio when he was penalised two fast laps for blocking Helio [Castroneves]. That was on us.

“But he got mad because he’s still human, he still has a huge passion and he’s still hugely quick, and he wants to show that. The thing is, he quickly calms down now because he knows how freakin’ competitive this series is. 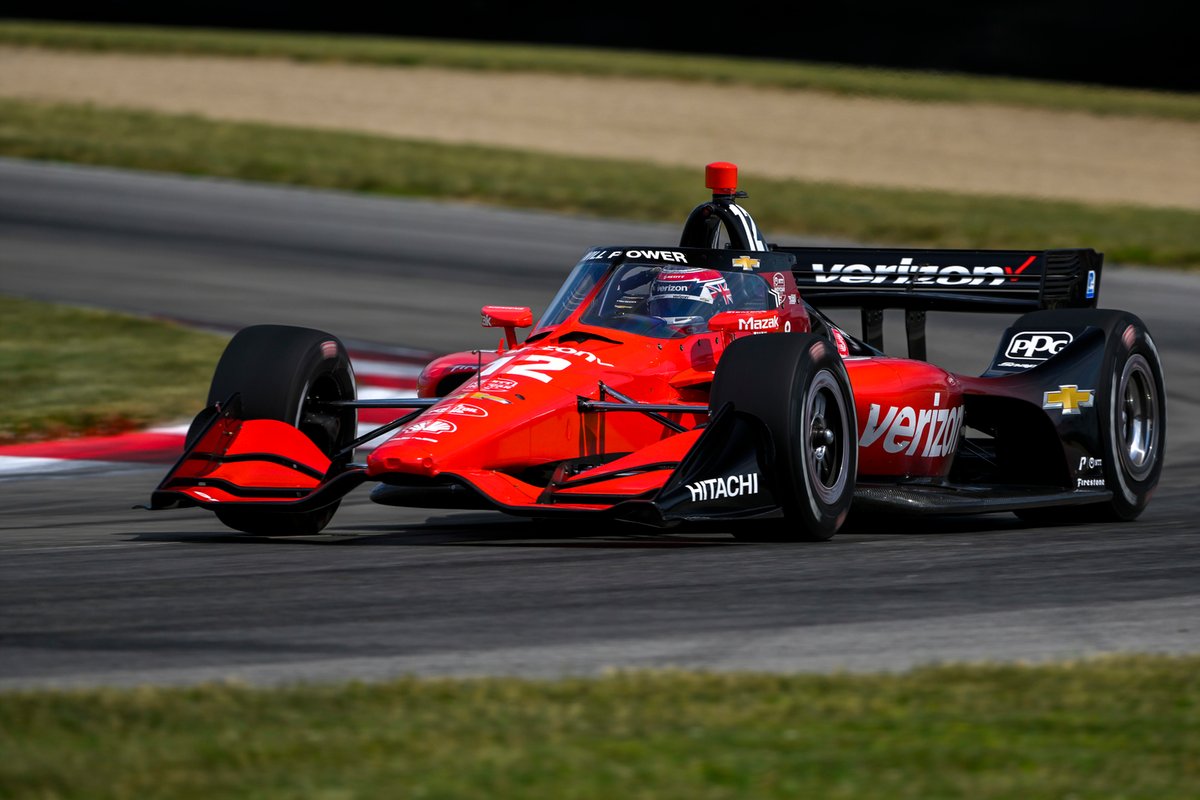 Power has rebounded well when setbacks have hit him, such as at Mid-Ohio where he finished third after losing two times to blocking in qualifying

“He knows that he needs everything to be right – the team, the car, himself – to succeed in this series. He knows he’s still at the very top of his game, his speed is still great.

“That Indy road course pole, his Iowa poles… they show that he’s right there. And his racecraft is probably better than it’s ever been, and in part that’s because of his mental approach. When qualifying hasn’t gone well, he’s just dug even deeper on race day.”

Power currently leads the championship with one win and nine other top-four finishes, which leaves him a mere six points ahead of Scott Dixon. But Ruzewski, who watched Power finish as runner-up in the championship on four occasions, says he hasn’t had to restrain his driver on race days and focus on gathering points.

“I’ve always reminded people that you can win five or six races and not win a championship, particularly when we were up against Dario [Franchitti, four-time champion],” he said.

“But 10 or 11 years ago, when Will was fighting Dario, there were fewer players, fewer drivers that were going to be a threat [for the title] by the final round.

“These days the field, in terms of drivers and teams, is so good and so close, and the ‘big’ points hauls are distributed between so many people, that if you finish in the top five every week, you’re going to win the championship by a landslide.

Insight: Why the 2022 IndyCar title fight is Penske vs Ganassi yet again

“It’s that kind of consistency that we’re aiming for. Will’s average finish so far is 6.4 and if he was 5.0 he’d have a big lead right now. So are there places where we wish we’d let him off the leash and not focus on the big picture? I don’t think so. 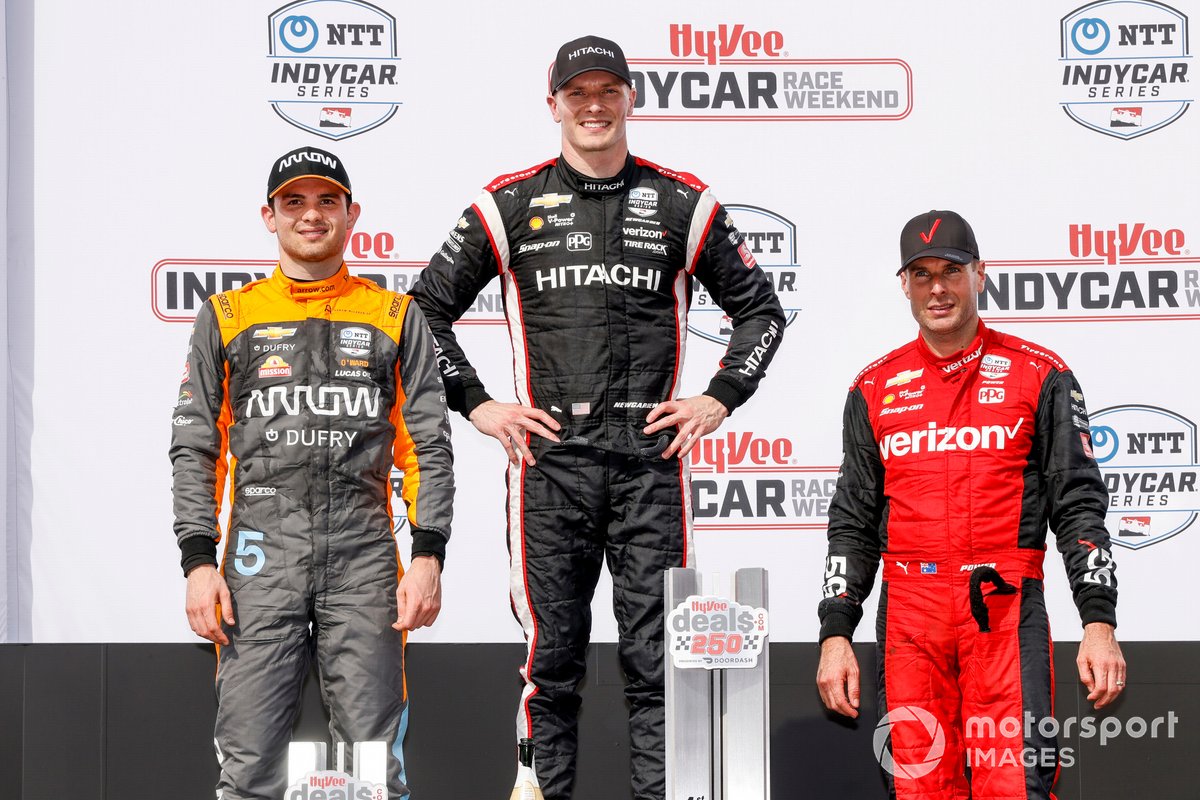 Power has been a regular podium finisher this year, racking up the top finishes to lead the points into the final three races

“The Indy road course [second race]… that podium wasn’t just a rabbit out of a hat. We qualified on the second row so we had reasonably fast cars, but he got in that Turn 1 mess, and then keeping away from a wild manoeuvre from another driver sent Will to near the back… Getting back from that to finish third was about all of us working together – the strategy, the driver, and the pit crew being fantastic, like it has been all year.

“Road America – OK there was a lost opportunity, no doubt, and we got hit by another car. In Toronto we had a much better car than a 15th place represents. Indy was what it was, and in Nashville we had at least a podium car until it was crippled by someone hitting us up the back.

“So I think what has held us back has been mostly circumstances, as opposed to us not going for it because we were thinking about championship implications.”

Ruzewski was keen to emphasise the interaction and effort made by all three strands of the IndyCar team, so that Power, Josef Newgarden and Scott McLaughlin are all in contention for the 2022 title with three rounds to go.

“The work ethic between our drivers and their engineers can’t be understated,” he said.

“The combined efforts between those guys and the whole team have been paying off this year, so I hope we can take full advantage of that and get the championship nailed down.” 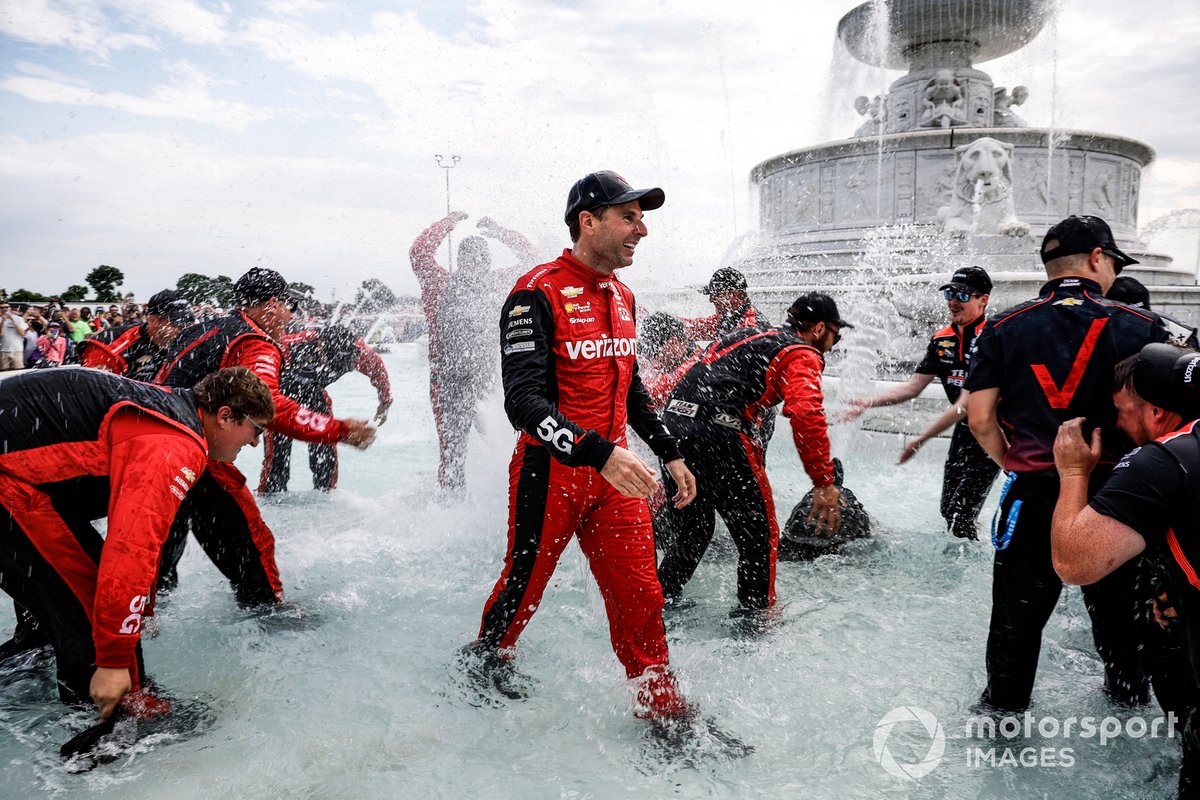