McLaren's progress towards a 2019 IndyCar entry with double Formula 1 world champion Fernando Alonso remains "a really fluid situation", according to one of its potential partner teams

With under a month until the end of the 2018 IndyCar Series season, the date and venue of Alonso's first road course test - and first run anywhere in the current car - is yet to be ascertained, according to McLaren, its '17 Indianapolis 500 partner Andretti Autosport and IndyCar.

Andretti Autosport team owner Michael Andretti told Autosport that the Alonso test plan is "not yet decided", while IndyCar's president of competitions and operations Jay Frye confirmed he had received "no notification of an Alonso test".

One complication regarding any future collaboration between McLaren and Honda-powered Andretti Autosport is that Honda Performance Development president Art St Cyr claims HPD has been "operating near maximum capacity" supplying 12 full-time IndyCar entries this year.

McLaren may therefore have to run Chevrolet engines should it enter the series for anything more than another one-off Indy 500 entry. 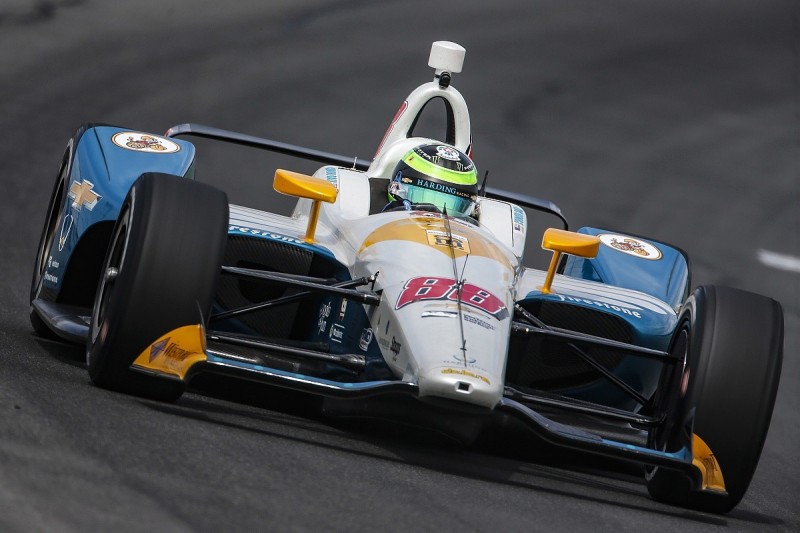 A tie-up with Chevy could possibly involve taking over the Harding Racing programme (pictured above), which is known to be struggling financially, or partnering with Ed Carpenter Racing.

But team owner/driver Ed Carpenter said he is not even thinking about a McLaren tie-up until the situation becomes clearer, and is focused on re-signing current team-mates Spencer Pigot and Jordan King.

"Personally I think they're still trying to decide what they want to do and how to do it, so until they figure out their side, it's hard to know what will happen.

"I'm more focused on finishing out our season and getting deals done with our guys, than any potential new projects that are full of speculation and unknowns."

Autosport understands there is a still a provisional plan in place for Alonso to test Harding's Dallara-Chevrolet at Barber Motorsports Park on September 5 but that, despite the apparent conflict of interest between engine manufacturers, it would be an Andretti Autosport-run test.

McLaren's communications director Tim Bampton insisted there had been no firm decision and there would be "no running commentary" on the IndyCar process.

"Our stance remains what we've said the past couple of months, which is that we're going to continue to evaluate IndyCar but our prime focus is on Formula 1," he said.

"There's been a lot of noise about IndyCar but we don't want to further contribute to that; when we've got something to say, we'll say it. The team still needs to make a decision.

"If we were to enter IndyCar, it wouldn't be just to give Fernando something to do. It would be a long-term commitment because we believe in the series and because the US market is an important one for the McLaren Group as a whole. 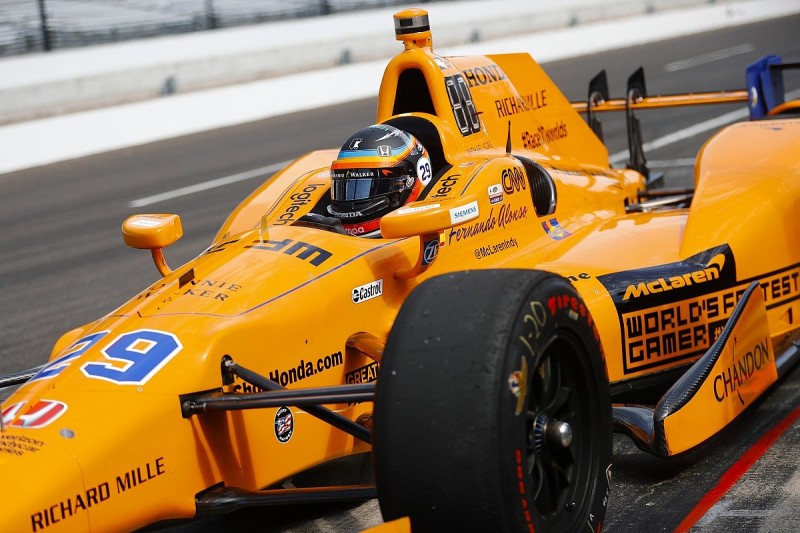 "I know the situation is frustrating for people, for fans, but there are many permutations.

"First and most important is: do we do IndyCar at all? Then, do we do just the Indy 500 next year and delay a full-time campaign until 2020? Do we come in full-time next year?

"Is it just Fernando that we enter, or is it Fernando plus one?"

McLaren is known to have approached both Will Power and Scott Dixon as possible 2019 team-mates for Alonso, but they have signed multi-year agreements with respective current employers Penske and Ganassi.

Alonso is already committed to the Toyota LMP1 team up to the end of the 2018/19 World Endurance Championship superseason at next year's Le Mans 24 Hours.

But the WEC calendar does not have any clashes with the 2019 IndyCar schedule that is set to be finalised and released soon.