This year's Texas round was the last in its current contract with IndyCar.

Venue president Eddie Gossage is eager for the race to move forward one week from its current date, although that slot is currently occupied by the Roger Penske-promoted Detroit double-header.

One series insider told Autosport that should the post-Indy 500 date not be available, Texas is likely to seek a new agreement contingent upon a lower hosting fee.

"We're at the end of our multi-year sanction agreement and are currently in discussions about another," said Gossage.

"Outside of Indy, we've been continuously hosting IndyCar races longer than any other venue. We've run 30 over the last 22 seasons.

"Like in all of our previous sanction agreements with IndyCar, we're looking to make a business deal that makes sense. I suspect we will reach common ground."

Explaining Sonoma's exit from the calendar, circuit president Steve Page told Autosport he had proposed reduced terms for a renewal to IndyCar "that they apparently could not accept".

Its traditional season finale slot will be taken by Laguna Seca, which is 150 miles away from Sonoma.

A 'radius clause' - which would prevent IndyCar from holding another race within a certain distance of Texas - will also be a major point of discussion in contract renewal negotiations.

While Formula 1 grand prix host venue Austin has been cited as an obvious venue for a race, Autosport has learned that the potential for a San Antonio street event - first broached by the Indy Racing League more than a decade ago - has returned to IndyCar's list of potential sites.

Oklahoma is another venue that has been investigated and would fall within Texas's current non-compete radius.

Mark Miles, CEO of IndyCar's parent company Hulman and Co, told Autosport compromises would be required by both parties to extend a deal. 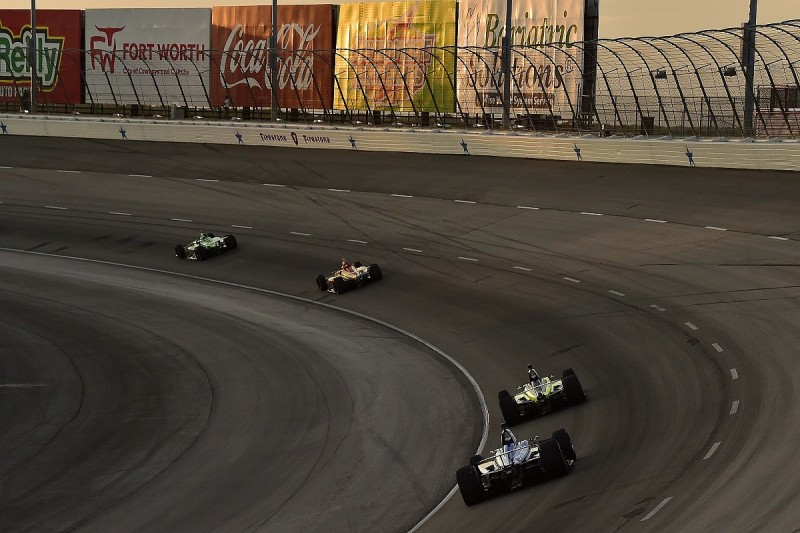 "We want to see whether we can continue with Texas Motor Speedway, and that's a two-way discussion," he said.

"It shouldn't be a case of either side saying, 'Here's the price, take it or leave it'.

"But our perspective is that we'd like to keep Texas Motor Speedway on the schedule and we're not inflexible over these matters.

"We're ready to sit down and talk, because we certainly have no plans to get rid of TMS and do something else."

Phoenix's exit from the schedule has left a space for at least one more oval.

Richmond has emerged as one of the favourites to take its place, but Mile stress it was "absolutely not true" a deal had already been completed.