Jimmie Johnson feels he's "still in a big hole" as he continues to adapt to IndyCar, but hopes the unfamiliar Nashville circuit will level the playing field in his favour.

The next IndyCar round takes place in the Tennessee capital on an all-new venue for the series, where the Music City Grand Prix will cross the Korean Veterans Memorial Bridge and take the field past the Nissan Stadium.

Seven-time NASCAR Cup champion Johnson has so far had to contend with learning circuits that the majority of the IndyCar field is familiar with, but the addition of Nashville to the calendar means he has the same time to prepare as his contemporaries.

Although the drivers will have experience on simulators of the circuit, Chip Ganassi Racing's Johnson was asked if all his rivals’ unfamiliarity there would help to level the playing field for him.

“I do feel like it could be helpful for me,” he replied. “No one’s going to have a leg up on laps or experience of the track.

“I still am in a big hole trying to get experience in an IndyCar, though, so that’s something I’ll need to overcome.

"But I’ve studied up on the track, we have some virtual things to look at – how it might flow, what the roads might look like, renderings, a lot of pictures. 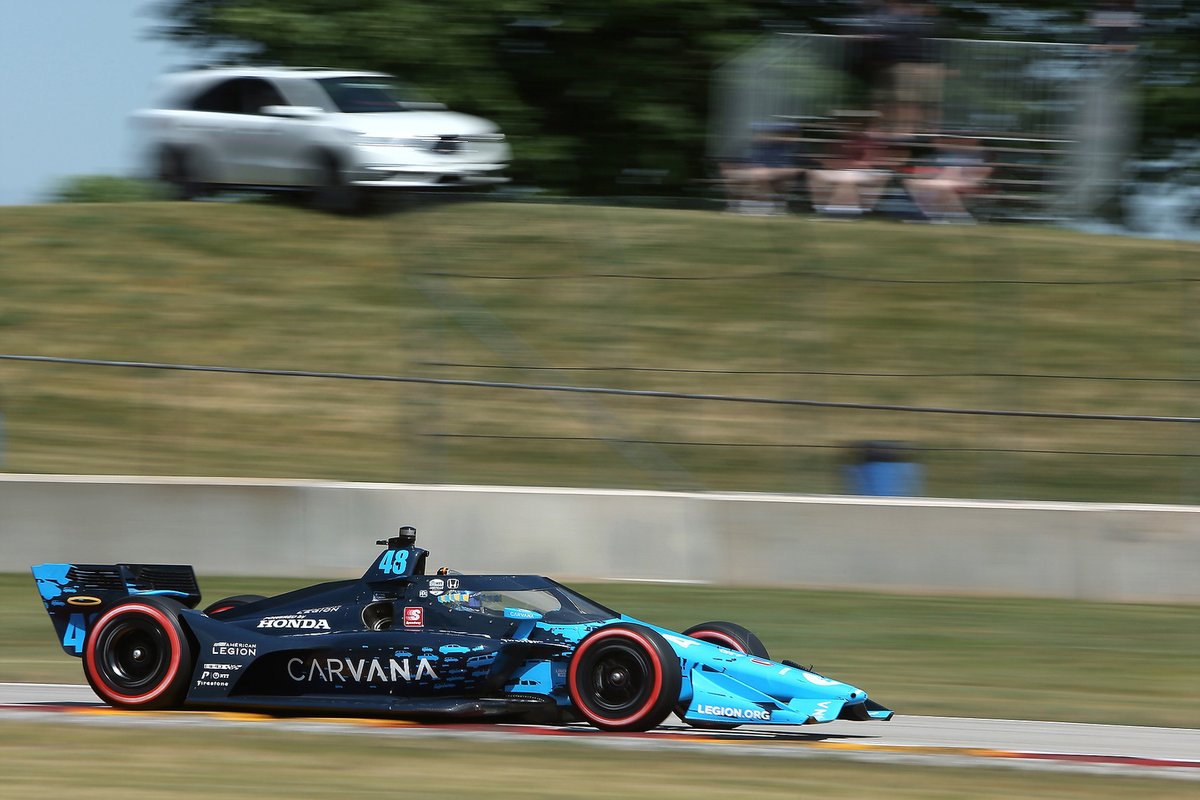 “During the SRX race [at Nashville Fairgrounds 10 days ago], my engineer went down there and literally drove around the track and took video and photos and sent them to me so I could get a better understanding of the track.

“And on the 5th [August] I’ll be down there and able to do a track walk and see it firsthand. There’s a lot of excitement in the IndyCar paddock about this course.”

Johnson has endured a difficult start to life in IndyCar, sustaining a number of spins as he adapts to the differing demands of a single-seater race car, but enjoyed a stronger showing at Mid-Ohio - keeping it clean to finish ahead of Felix Rosenqvist and Ryan Hunter-Reay, who both collided on the opening lap.

Despite his preparation ahead of Nashville, Johnson admitted that he’d learned from his experience at Detroit’s Belle Isle that simulators can only reveal so much about the nature of a track.

“The thing about Detroit that was so tricky is that the track was about three seconds off from where the team expected it to be,” he explained.

“We already know the tracks evolve a lot but to have it three seconds even further off than anticipated, through a wrinkle of experience. I feel like the simulator hurt me in a sense because I was used to a higher level of grip.

“But as we got to Day 2 and Race 2, the grip did start to match the simulator and things started to make sense. So it’s a tool and I’ve got to remember that and use it appropriately.”