Jack Harvey paid tribute to the Meyer Shank team and credits it with 'elevating' his IndyCar performances, following the news he will leave the outfit as Helio Castroneves joins full-time.

Harvey switched to the American open-wheel ladder system on the back of his fifth-placed finish in 2013's GP3 season, finishing runner-up twice with the Schmidt Peterson Motorsports team in Indy Lights.

The 2012 British Formula 3 champion was then unable to find a budget to stake his claim for an IndyCar seat, but made a one-off appearance in 2017's Indianapolis 500 in an Andretti Autosport entry run by Michael Shank, adding two more races to his schedule with Schmidt Peterson.

Shank's team, which gained the support of Jim Meyer, entered into a technical partnership with Schmidt Peterson for part-time entries in 2018 and 2019 with Harvey at the wheel, which then became a full-time drive in 2020 as Andretti picked up SPM's role in the deal.

Although Harvey has been with the team throughout its growth, the deal placing Indy 500 winner Castroneves in the #60 car was announced with the news that the British driver would be released from the team at the end of the season.

Harvey, in a statement on social media, explained that he was proud of the team's growth throughout his time there, and felt that Michael Shank's guidance had helped him become a more complete racer.

Harvey also paid tribute to former SiriusXM CEO Meyer, who added his support to the team in 2017.

"It’s a certainty in life that things will change and I am incredibly thankful for my time at Meyer Shank Racing," Harvey wrote. "There is no doubt, I would not be where I am today without their support. 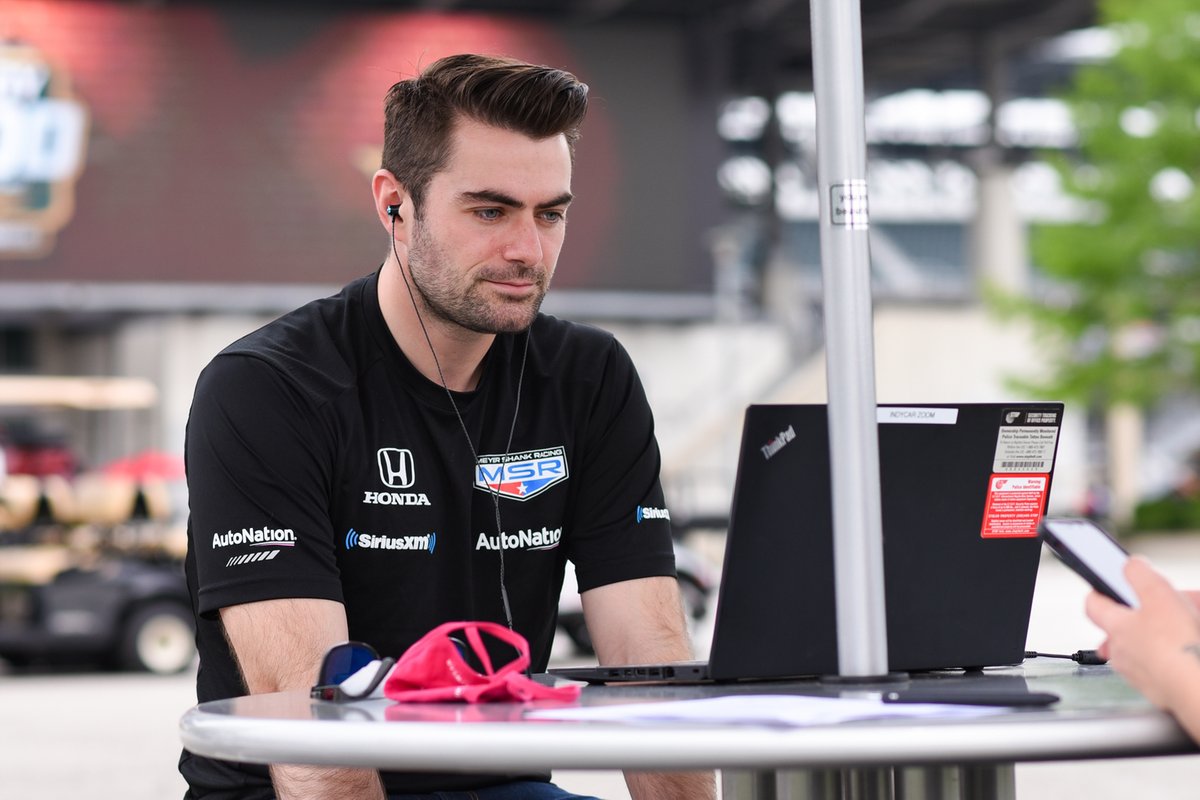 "I will never stop being proud of the work we’ve done together in building this team from 'the little team that could could’ into a weekly contender and, ultimately, an Indianapolis 500 winner.

"The progress made by the team over the past five years is a testament to the commitment and class of people within the organisation.

"Mike Shank is a true racer and I could not have asked for a better mentor to help me in navigating the waters of IndyCar early in my career. We’ve learned together, supported each other, celebrated together, and the progress I’ve made has been elevated by his guidance.

"I’m a true believer that everything happens for a reason and a chance encounter with Jim Meyer at a dinner party led to one of the most authentic relationships I have in motorsports.

"Jim’s impact was felt from the moment he joined the team and you’d be challenged to find a person more passionate about racing in the paddock.

"Jim’s commitment to improving the team, growing our partnerships and his never-ending support made even the toughest days seem better. You knew something great was just around the corner because Jim believed it."

Harvey added that he would always support the endeavours of the MSR team, and explained that his future plans will be announced shortly.

"Adam Rovazzini and the entire crew at Meyer Shank Racing are the true legends of this team," he said. "Their friendship, effort, work and sacrifice are what drove the progress of this young group.

"I’m incredibly thankful for everything they’ve done for me and I’ll always be cheering for them.

"We’re often faced with difficult decisions in our lives and this one was no exception, but there are many opportunities on the road ahead and I’m eager to share my long-term plans soon."