The Frenchman who suffered pelvic and hip fractures after the 118G shunt in May, will also retain the seat for the final two road course races.

Team owner Dale Coyne had originally wanted Bourdais to rest up until off-season testing began, but the speed of his recovery meant he was able to test at Mid-Ohio after the IndyCar race there and he was recently given the all-clear to return to racing.

The St. Petersburg winner, who now has 36 wins to his name, said: "You have no idea how excited I am to be getting back in the car this weekend and for the remainder of the season.

"It's been a long 14 weeks and I've worked very hard to get to this point.

"Following the crash, I had one goal in mind and that was to be back for Sonoma [the final race], and here I am getting back in the car with three races to go.

"It's a bit unbelievable but I can't wait to try out that new surface at Gateway this weekend."

Bourdais' return to the cockpit means fellow ex-F1 driver Esteban Gutierrez steps down from the seat after making seven starts in the #18 Honda-powered entry. 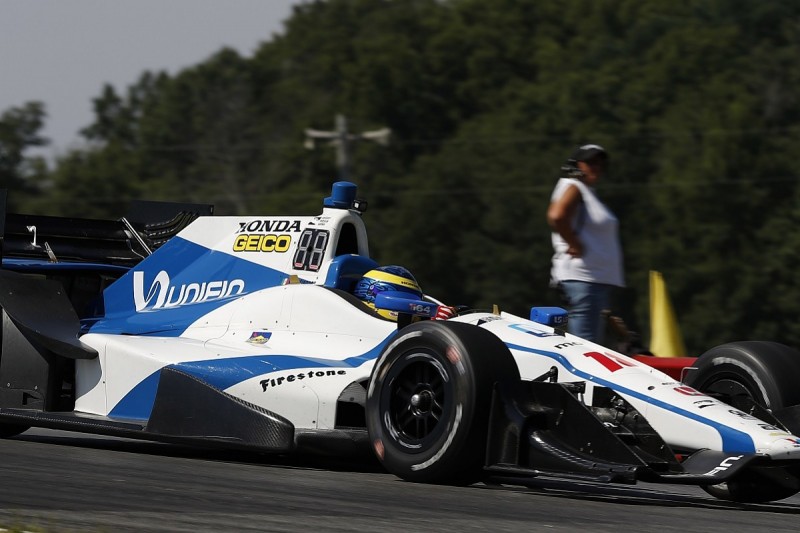 "It's been a very interesting few months for me getting to race in the IndyCar Series on the street circuits, road courses and especially ovals," said Gutierrez.

"I want to thank the team and Dale Coyne for giving me this opportunity to gain this experience in view of a full-time programmw next year.

"My goal was to learn as much as possible in order to be ready for 2018 where a new car will be introduced.

"This experience with the team will pay dividends next season."

Coyne added: "It's great to have Sebastien back, but I want to thank Esteban for the amazing job he did filling in for him these last few months.

"It wasn't easy for him coming in and having never driven an Indycar, but he did a fantastic job especially on the ovals.

"For someone who had never driven on an oval track before Iowa in July, he impressed a lot of people including myself.

"Hopefully we get to work with him again in the future."