Ganassi has struggled in 2018, with its first podium of the season not achieved until round five on the Indianapolis road course last weekend.

That result came after Dixon reacted to a dismal qualifying position of 18th with an unconventional strategy aided by a late caution caused by Penske's Josef Newgarden.

The team scaled back to a two-car line-up this year, with Ed Jones partnering Dixon, while also tackling what Dixon called the "big change" of the new aerokits.

"In the off-season, I think we've gone down a bit of a road that we shouldn't have, and it's affecting how the car feels," Dixon explained.

"It's very hard to feel what it's going to do, and it's not very consistent, and thirdly, the heat really affects us, so we need to get on top of that.

"I guess [the new aerokit] is a big change. It's one of the biggest changes we've seen in probably a five- or six-year cycle, so that might be a bit of our issue too.

"We're kind of stuck in our ways a little too much. 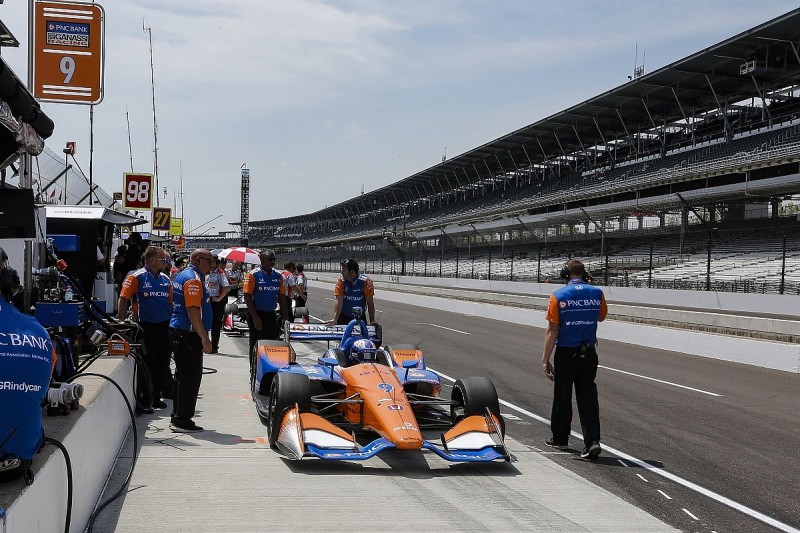 "We have a very good engineering group, but it's stayed the same for quite a long time, so we maybe don't think outside the box as often as we should.

"We definitely did that a lot [at Indianapolis], which I think should help us throughout the season."

The four-time IndyCar champion is now fourth in the points but admitted a team of Ganassi's pedigree should not have been as lost as it was coming into the race.

Asked how much change was made on the cars from Friday to Saturday at the two-day Indianapolis event in a bid to recover, Dixon said: "Man, that's a long list.

"Dampers, springs, geometry, cambers, It was pretty much everything.

"A team like ours shouldn't be as lost as we were, and I think maybe with the [Indianapolis] test [in late March] in those really cold conditions, we tried to react to that too much.

"Over a two-day event, it doesn't really give you much time to sit on it and think about it, and we made a lot of knee-jerk reactions. We should know better.

"But yeah, it played out well, and we ended up finding a bit more pace out of the car, and the result was decent."