Scott McLaughlin and Pietro Fittipaldi agree their efforts at this weekend’s IndyCar double-header at Texas Motor Speedway will be somewhat simplified by parc ferme rules.

Aside from five minutes of two-stage pit-speed limiter practice on Saturday and five minutes of install laps on Sunday, the 24-car field will be granted just one-hour of practice (75 minutes for rookies) before qualifying gets underway.

Between qualifying and Race 1 on Saturday, the cars will be impounded, meaning that all teams and drivers will be setting their times on the heavier race downforce.

This, according to Team Penske's Scott McLaughlin and Pietro Fittipaldi of Dale Coyne Racing, will simplify their task ahead of their first race on the 1.5-mile Texas Motor Speedway.

“Obviously we will be qualifying pretty much on race condition stuff and I think we start the race on our qualifying tyres,” said McLaughlin, who ran his first oval Rookie Orientation Program at TMS last February, and has since taken part in a pre-season group test at the venue.

“It does take one less complication out of it for me to learn.”

The three-time and reigning Supercars champion did concede it would have been useful to try trimming out for a more typical oval qualifying session, ahead of his Indianapolis 500 debut, but believes the amount of practice time available at IMS next month will aid his cause.

“For sure it would probably be nice to have an idea of what I want before I head to Indy in terms of qualifying trim,” he said, “but we've got the full month to build up to it.

“The [Texas rules] does make it a lot more simple for someone like myself – even I guess for Pietro who is coming in not a full-timer right now – just to get used to the car.” 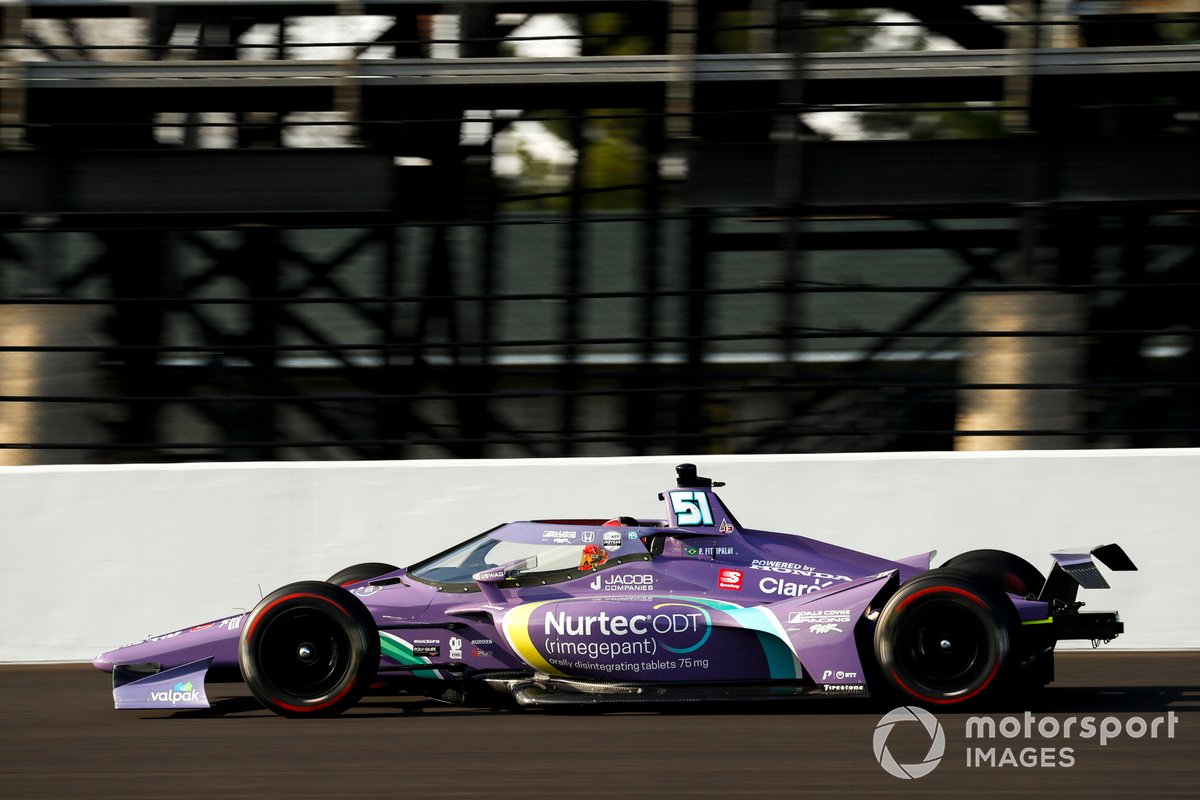 Fittipaldi, who had three oval races among his six IndyCar starts in 2018, agreed with McLaughlin regarding consistent downforce levels making things “a bit more simple.”

He continued: “You have one practice. If you were allowed to change the downforce levels and you don't have that much experience, to do qualifying downforce in practice, then change to race [downforce]… I don't think you have enough time to get enough laps.

"You would be kind of going into qualifying or the race without much experience on the downforce.

“For me it's better that way, just to keep that variable out of it. I'll be able to learn more like this without going into really any unknowns.”

However, neither driver is underestimating the task ahead of them.

“To race single-seaters on an oval, it's very different, especially now with the aeroscreen,” said Fittipaldi, who will skip the Le Mans 24 Hours to contest the clashing Gateway oval race.

“The car has a bit of a different balance than what I was used to from before.

"Following cars is always very difficult to get used to as well, gaining that experience not only in Texas but as well for Indianapolis."