Daly will race #88 instead of his usual #18 for his Pocono debut.

He will compete under the 'BC Forever' banner in honour of Clauson, who was targeting competing in 200 races this season before he was killed while racing in his 166th event of 2016 - the Belleville Nationals midget classic in Kansas.

Clauson finished 23rd in this year's Indianapolis 500 with DCR, pictured above.

"It means a lot to our whole team to be driving the #88 BC Forever entry this weekend," Daly said.

"Everyone enjoyed working with Bryan throughout the month of May.

"It's going to be a great way to pay tribute, and obviously a little extra motivation to park it in victory lane for Bryan." 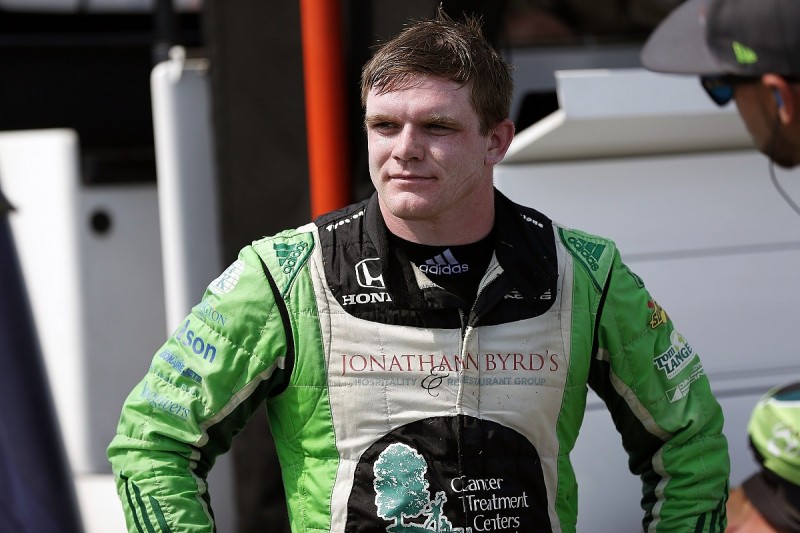 Daly's DCR team-mate Pippa Mann will make a scheduled return to action for her first IndyCar race since May's Indy 500, at the track where she equalled her best ever series result by finishing 13th last season.

She will run a special 'BC Still Chasing 200' logo on her race helmet in honour of Clauson and his 'Circular Insanity' tour.

"The past week has been incredibly tough for everyone in the racing family, and I'm among those who have been feeling the loss of a friend and a team-mate," Mann said.

"When I heard Dale had decided I would drive the #19 car this weekend it meant so much to me, because it gives me the opportunity to be one of the drivers helping Bryan reach his 200 starts this year.

"He told me in May that he always wanted to run this race, so I hope between Conor and I, Bryan sees this as us making those starts for him."