Montoya will drive full-time in the IMSA Sportscar Championship next season as part of Penske's all-new Acura DPi programme after switching to an Indianapolis-only IndyCar schedule last year.

The ex-Formula 1 driver had recently said he was keen to make a sixth Indy 500 appearance, but Penske confirmed he will only run a one-off entry for Helio Castroneves now he has also joined the IMSA programme.

"We are only going to run four cars next year [at Indy], which would be the three regulars, then we'd add Helio as a fourth car," said Penske.

"Last year, of course, we had four drivers and the deal I made with Juan was to run him in 2017."

Penske said that he would not stand in the way of Montoya looking for an alternative drive for the Indy 500.

"If he wants to run for another team, that would be his decision," he said.

"There would be nothing that we would say no to. It would be his decision completely." 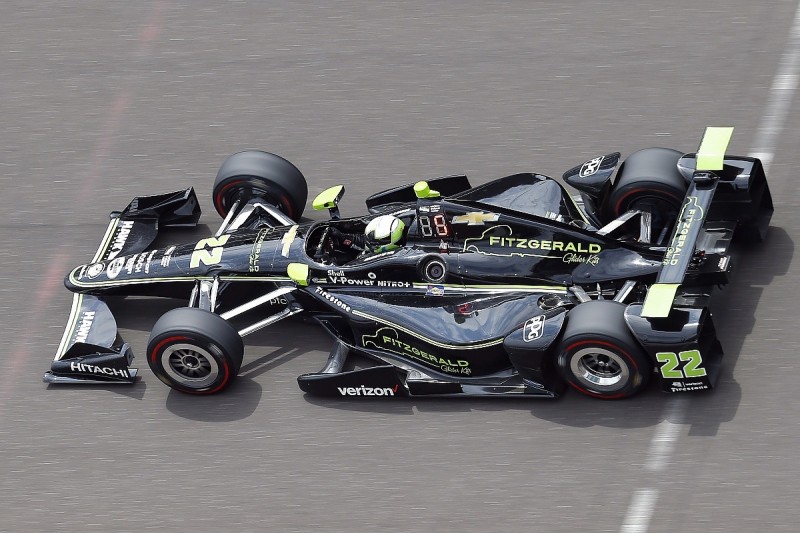 Penske also confirmed that he would not be replacing Castroneves in the IndyCar team and that it will run three cars full-time in 2018 for Josef Newgarden, Simon Pagenaud and Will Power.

"The good news is there's quite a bit to be able to transition [to IMSA from the IndyCar team]," he said.

"We looked across the whole Indy team, and we picked a group of individuals that would have been capable of running a fourth car, and they transitioned over [to IMSA].

"To me, it makes sense to run three [in IndyCar], the biggest race in the world obviously we'll have four real winners, people who have won the race, certainly with Helio.

"We would have run the fourth car if we had not had the sportscar programme."

Castroneves needs to move on

Castroneves says he will have to move on from IndyCar, having been initially reluctant to leave and wanting to make the decision difficult for Penske.

When asked how he will feel when the new IndyCar season starts, he said: "Listen, life goes on.

"You've just got to turn the page and keep going in the next chapter of life, and that's the way I see it.

"I'm excited that I have an opportunity to go back to the Indy 500.

"That's definitely something that I feel that not only myself but Roger, [Penske president Tim] Cindric and the entire organisation wants to do."

Is this the best single-seater ladder in the world?