Will Power expects Team Penske to maintain its edge in IndyCar this season, suggesting it could even claim an unprecedented top four lockout in the standings

The 2014 champion, who last year finished runner-up in the points race for the fourth time, said that he expects all four Penske drivers to be in contention for the title.

"I still think our team is the best, and opposition-wise, it really depends on how much progress Honda has made with its engine this off-season," said Power.

"If they've only matched Chevy's progress, it's going to be hard for anyone to contend with Penske over a whole season.

Penske has retained its top three drivers from last year - Power, champion Simon Pagenaud and Helio Castroneves - while Juan Pablo Montoya has been replaced by Josef Newgarden, who was best of the rest in 2016 with Ed Carpenter Racing.

While Penske continues to lead the Chevrolet charge, Power believes Chip Ganassi Racing's switch to Honda will give a clear picture of how IndyCar's two manufacturers stack up.

"It's an interesting situation for Ganassi - Honda has some good stuff and their kit is light, but it's probably too draggy on the road and street courses and short ovals," he said. 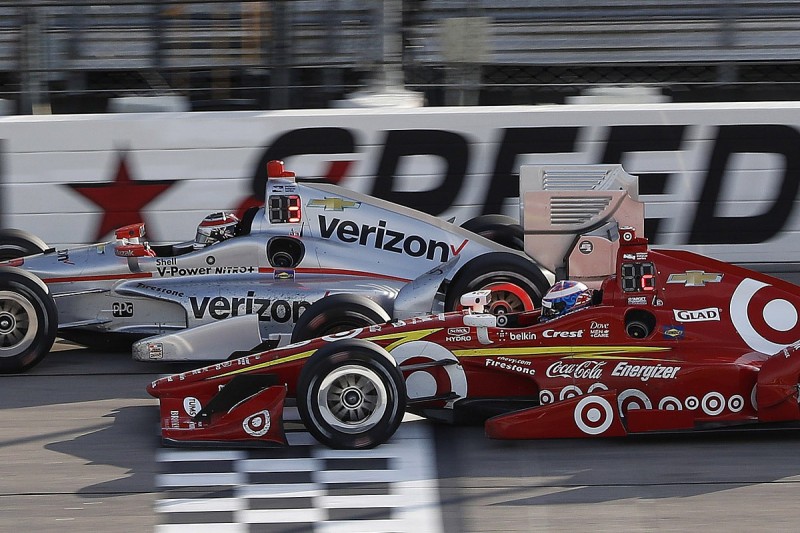 "Having a team like Ganassi running Honda will be the first time we've had a true indication of where Honda are, relative to Chevy.

"Everyone knows that Ganassi is one of those teams that's great at adapting quickly to a new situation, like having a new engine and aero.

"But the margins are as tight as they are in IndyCar, and we're not allowed much testing this off-season.

"So I reckon there might be days when it's tough for them to even be the best Hondas.

"So, yeah, I'd say we should still have the advantage over Ganassi."

However, Power is aware that Honda could pose its biggest threat in the most important race of the year: the Indianapolis 500.

"Honda turned up last year with very good horsepower there, and there are a couple of characteristics of the track that make it good for them," he said.

"For our #12 team, I'd say we need to find a bit more in ever single aspect of the car there."