© 2021 Motorsport Network. All rights reserved.
TV Buy tickets Store
Previous / Why the latest F1 expat to try IndyCar can be a hit Next / The Captain's Indy legend calls it a day
IndyCar / News 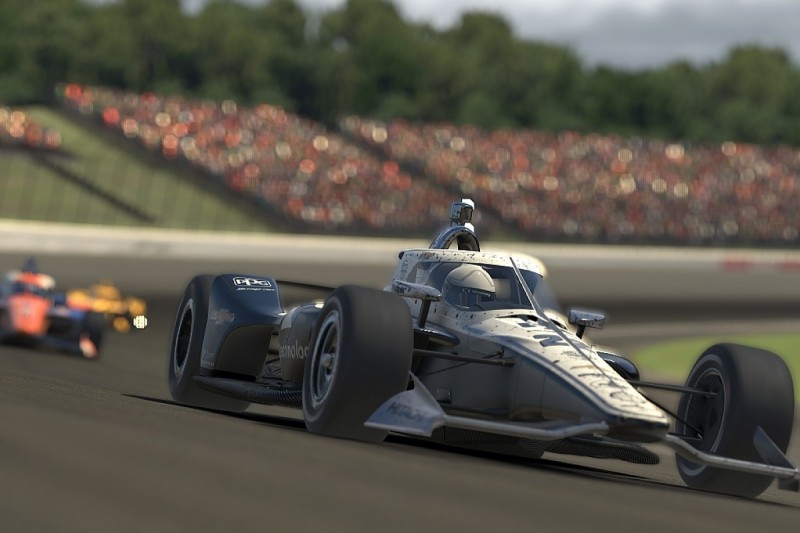 Pagenaud took the lead after leaders Power and McLaughlin collided with the lapped Oliver Askew, spinning McLaughlin into the wall and ripping off Power's right-front wing.

The French driver had previously overhauled a number of drivers in the second pitstop phase, including four-time IndyCar champion Scott Dixon, who had been in the ascendancy throughout the race.

Dixon closed up on the #22 Penske driver and took a look down the inside at Turn 1 on the final lap, but Pagenaud held on by 0.342sec to score his second consecutive iRacing win.

Arrow McLaren SP's Robert Wickens had taken pole position and led away from Power, but Jack Harvey and Askew began to put the two under threat.

As they hassled Wickens (pictured below) and Power, the two leaders rubbed against each other and lost momentum, Power dropping to fourth, and Wickens to 11th.

A fifth-lap yellow flag prompted the first pause in running after the fifth Penske entry of Challenge debutant Helio Castroneves saved a slide but was then collected by two backmarkers. 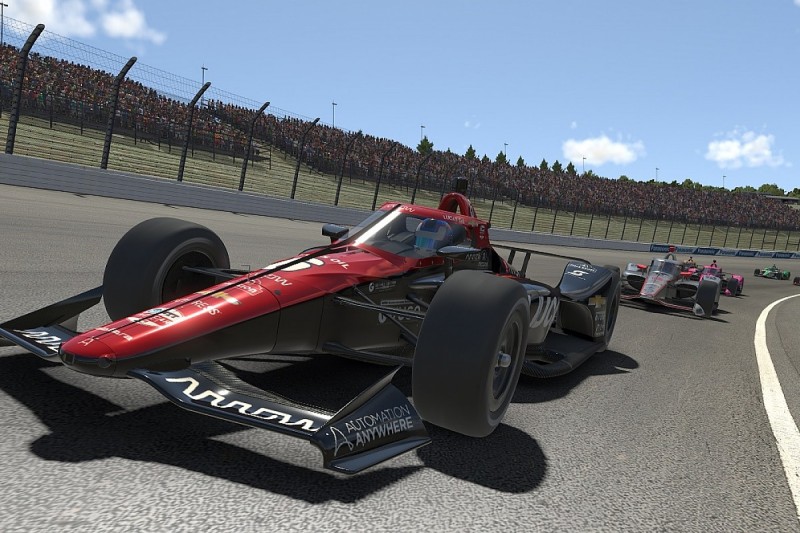 At the restart, Power moved past Marcus Ericsson - who also lost a spot to Chip Ganassi Racing teammate Dixon - before moving into the lead ahead of both Askew and Harvey.

As Power moved one second ahead of his pursuers, Dixon passed Harvey for second, leaving the MSR driver to fend off the increasingly threatening McLaughlin, the double Supercars champion sweeping past into third ahead of the first pitstop phases.

Dixon then made it around McLaughlin and swiftly began to trade the lead with Power, before Dixon started edging away - leaving Power to drop back into the clutches of teammates McLaughlin and Pagenaud.

Power had hit back and returned to the lead after his second drop - as team-mates McLaughlin and Pagenaud also enjoyed good fortune to get ahead of Dixon.

But Power and McLaughlin's fight for the lead boiled over with Askew caught in the crossfire, letting Pagenaud and Dixon through, but Power maintained his top-four finishing record with another podium, ahead of Ericsson, Wickens, and Harvey.

Round 1 winner Karam was first of the early stoppers home in seventh, ahead of Veach, Santino Ferrucci, and the ever improving Graham Rahal.

Reigning and two-time NASCAR Cup champion Kyle Busch was a very respectable 13th on his virtual IndyCar debut - despite running a stick-shift simulator - while the unfortunate McLaughlin was classified 24th.

The Captain's Indy legend calls it a day