The Texas IndyCar double-header would have welcomed closer racing without the artificial grip additive applied to the outside of the circuit, says Graham Rahal.

The grip additive known as PJ1 has been applied to the Texas Motor Speedway for its NASCAR Cup races, with the intent of allowing cars to take different lines around the oval course thanks to the improved traction higher up the banking.

Given it has been designed to work with the NASCAR tyres supplied by Goodyear, the PJ1 surface did not yield the same effect for the Firestone tyres used in IndyCar and largely forced drivers into taking a single lane throughout the races.

This reduced the opportunities to pass, most notably when eventual Pato O'Ward spent the early laps of the second race in which he would go on to claim his maiden IndyCar victory unable to pass Will Power as the Australian stuck rigidly to the inside line.

Rahal, who finished third in that race, explained that the PJ1 surface was "like ice" and estimated that it yielded a drop of around "20 to 25%" in grip for the Firestone tyre.

"It's just slippery," Rahal explained. "We can't really touch it. Obviously didn't reapply it for the weekend, [but it] doesn't really matter.

"It's an artificial grip, I guess, for the [NASCAR] Cup cars they use to make it a little racier for them. It just didn't work with us."

"I know IndyCar tried their best to do the tyre dragging and everything else, not necessarily apply rubber, but peel that PJ1 off and get it out.

"As you can see, it is so dark, stains the surface so terribly. When you walk on it, you can feel it. It's like ice - roughly from Firestone numbers [it has] 20 to 25% less grip the minute you touch the dark stuff." 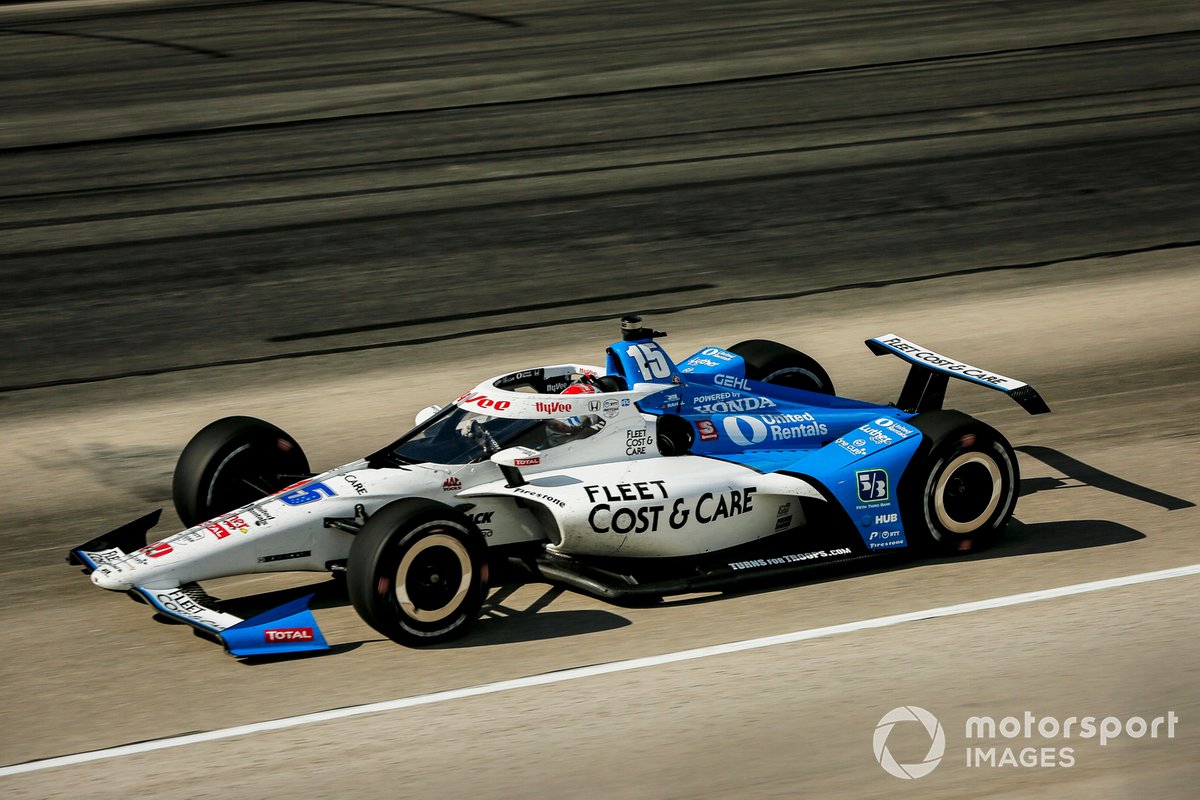 Rahal added that the surface got better throughout the weekend but, with a reduced amount of track time owing to poor weather conditions in the area over the weekend, felt that IndyCar needed more time to rubber the surface in.

The Rahal Letterman Lanigan driver also suggested that wearing away the surface would ensure that the Texas circuit could benefit from closer racing and allow drivers to take more than one lane into each corner.

"I think it got better as guys accidentally ran half a groove too high," he said.

"But still it would take a lot of running I think to get that to really peel up.

"The positive of what we saw today was there was a lot of lifting, even some braking into turn one, downshifting, all that sort of stuff.

"If over time they don't reapply that PJ1, they let it slowly wear off, I think this place can become a two-plus-lane track again. Going to take a while to get there, take people that are brave enough to try it, or try it by accident.