Construction has begun on IndyCar's new street course in Nashville, and local star Josef Newgarden is excited to race in front of his home fans on a truly unique layout

The inaugural Music City Grand Prix will be held on 6-8 August as the 12th race in a 17-round in the 2021 IndyCar Series season, and will take place on a brand new 2.17-mile layout (below) that includes the Korean Veterans Memorial Bridge (above).

Track designer Tony Cotman of NZR Consulting commented: "We've seen their products around the world, and it has become more and more of a leader but from a US perspective, using this barrier and panel system will be a first. We feel we've got the absolute best available safety system - we're quite bullish about that.

"Any time IndyCar runs near water there is always rescue to consider in case anything should happen. But the bridge is relatively wide; we'll run a 12-metre track width in each direction."

Some 650 of the Geobrugg barriers and fence panels will be used on the bridge, and much of the production of the concrete barriers along with the debris fences will be done onsite, with installation taking place three weeks before the event. 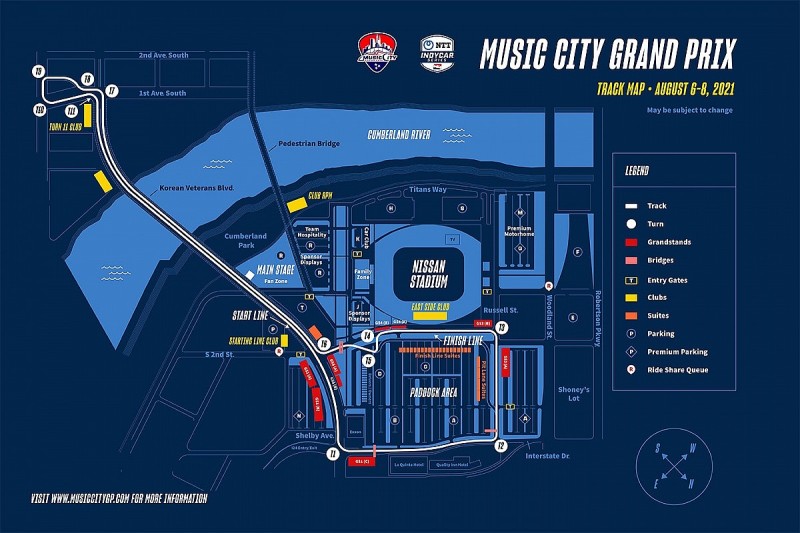 Jochen Braunwarth, Geobrugg's director of motorsport solutions, said: "It's the first street circuit installation of the most current FIA safety standard in the US. We will be overseeing the production, training and quality control standards of the barriers and will perform the required training for the assembly of the debris fence panels."

Team Penske's two-time IndyCar champion Josef Newgarden, who was born in Hendersonville - less than 20 miles north of Nashville - has moved back home from North Carolina this winter and already knows that winning at his local track would feel extra special.

"It's weird but already, before we've even turned a wheel there, I can tell this race will feel different to me than any other event," Newgarden told Autosport. "Even when I lived in Indianapolis as a younger driver and got to compete at Indy while living there, it didn't feel like a hometown race for me because I'm not from Indianapolis.

"But Nashville is different. Actually, it's quite surreal because I remember growing up in the suburbs and dreaming of driving go-karts and maybe driving race cars one day, but never would I have imagined a street course event pretty much on my doorstep. Maybe an oval event at the [Nashville] Speedway, but never a street course event coming to downtown Nashville. So for it to be a reality right now is amazing.

"And I'm very excited, to be honest - excited for the event, for IndyCar, and for myself. I do believe it can be a huge hit. I don't think I'll know until we're actually there in August whether it being a local event will add pressure and maybe it will be a bit more nerve-wracking.

"I guess I'll feel like Formula 1 drivers do when they race in their home grand prix: there'll be that bit more media attention, a bit more promotion, lots of questions about my memories of living here, and so on. All the stuff that adds a little bit of extra tension." 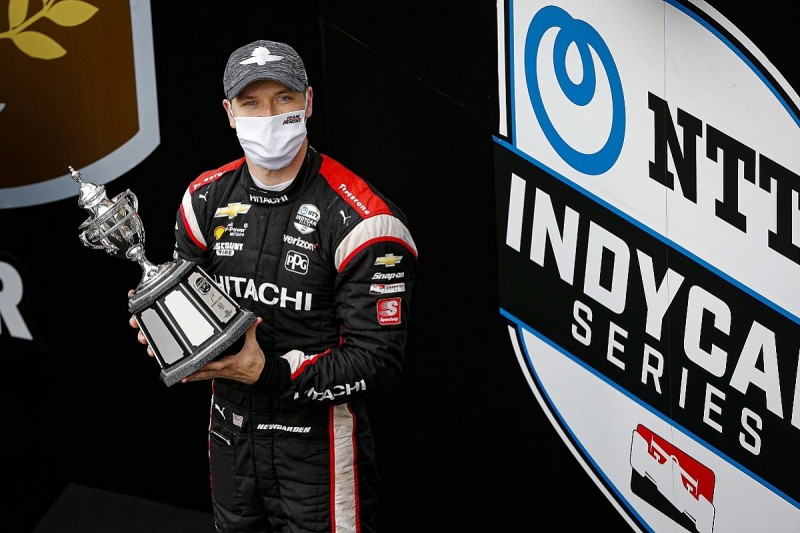 Like most observers, the 2017 and 2019 IndyCar champion has been impressed with the layout, and he appreciates IndyCar races being held at visually distinctive tracks.

"It's super cool, isn't it?" he said. "To be able to race across that bridge, and with that beautiful backdrop of the city, I tell you, the helicopter shots are going to look absolutely incredible - one of the best shots of the year."