Dale Coyne and Rick Ware hope to confirm Romain Grosjean's primary backers by the end of the month, and say the ex-Formula 1 driver will be a hit in IndyCar

Although Grosjean was confirmed as driver of the #51 Dale Coyne Racing with RWR-Honda for all road and street course races on Wednesday, the team's primary sponsor has not yet been revealed.

Coyne's new full-time partner Rick Ware said that the team is "probably a week or two away from that announcement" because he and Coyne had been waiting for Grosjean to commit to IndyCar.

"You can imagine trying to sell a sponsor at this level without being able to say who the driver is," explained Ware, who will also be a co-entrant on Coyne's planned part-time third car.

"First and foremost from the business standpoint, we needed to make sure we had Romain on. Now we're going to put together the pieces of the puzzle."

Both Coyne and Ware said that potential sponsors won't be put off by hiring a non-American as company directors just want to see their brands made prominent by a driver's pace and results - something they are convinced Grosjean will deliver.

INSIGHT: Why Grosjean is taking the plunge in IndyCar

"I think it's about talent," said Coyne, who has won races with the late Justin Wilson and Mike Conway, both from the UK, Colombian Carlos Huertas, and most recently Frenchman Sebastien Bourdais.

"Romain coming here kind of reminds me when Nigel Mansell came here. He wasn't American but he lit the world on fire over here.

"People want to see results. They want to have a driver they can cheer for, somebody who is a good spokesman for them, a driver that has results. Numbers don't lie.

"If you can finish towards the top, I think it gets you what you need." 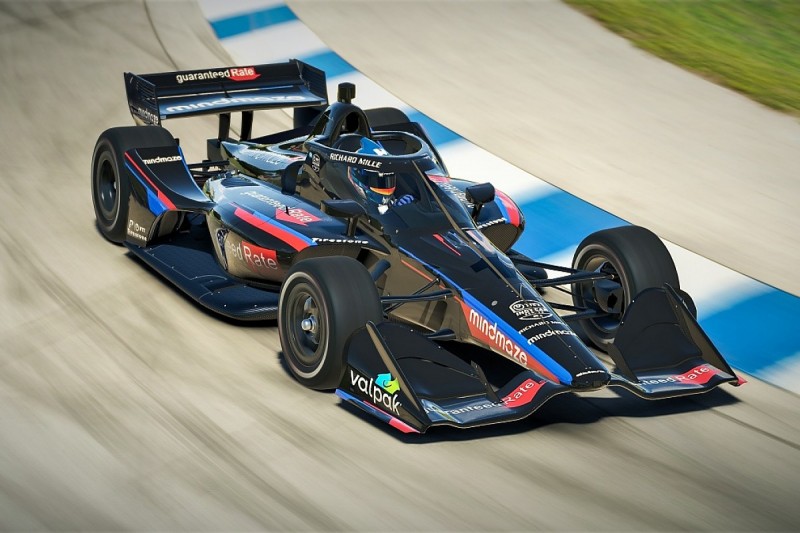 Ware added: "It still takes dollars to make all this happen.

"Romain is in a unique category. Nigel is probably a perfect example of that kind of person who came over and raced.

"Using Nigel as an example, he was technically a foreigner, but he was sponsored by Kmart and at the end of the day Kmart got a lot of coverage.

"Things are a little bit different now. Again, you're talking about with television, the value of social media, the things kind of behind the scenes.

"Social media is so important; that's where we're going to get the by-product of having a true professional.

Grosjean who, becomes the third French full-timer in the series in 2021, along with Bourdais of AJ Foyt Racing and Team Penske's Simon Pagenaud, says he hopes his participation will see IndyCar coverage increase in French-language media.

"I hope so," said Grosjean. "I think the channel that does Formula 1 does IndyCar in France, as well. It's pay TV - that's always going to limit your viewers. But they are doing most of motorsports.

"Obviously Simon, after the Indianapolis 500 [win in 2019] was a big thing. One of the top four races in the world. That was big.

"We can get people involve; I think with the social media, the YouTube channel, some of the tools we have we can reach out to a big audience. I think we should have some good viewings.

"I'm hopeful that we can make IndyCar even more known in Europe. It's a very American-based series, but I'm sure if we are competitive people will follow."