IndyCar rookie David Malukas said he was anxious not to do anything stupid as he hunted down Penske drivers Josef Newgarden and Scott McLaughlin on his way to a maiden podium.

The Dale Coyne Racing with HMD driver had just pitted from the lead on lap 211 when rain halted the Gateway race three laps later, putting him fifth for the delayed race restart but with fresher tyres and no fuel worries compared with Power and Pato O’Ward ahead.

He jumped Power on the restart, then fell back behind before passing him for good on lap 230. 14 more laps of the 1.25-mile oval saw him pass O’Ward as they cleared some backmarkers, setting up his hunt of Penske duo Newgarden and McLaughlin, passing the latter on the last lap and coming within half a second of winner Newgarden.

Malukas explained that the much denser night air meant the cars were carrying more speed through the turns which meant that he was hitting the rev-limiter in sixth gear on the straights, so he couldn’t draft past McLaughlin but instead had to make the move in a turn.

At the start of the final lap, McLaughlin blocked the inside line approaching Turn 1, so Malukas flicked to the outside and carried enough momentum so that he emerged ahead onto the back straight.

“It worked very well,” said Malukas. “I had that bit of clean air on the front right wing, I was able to get a run.

“Because the track was so much quicker with it being so much later, I hit the limiter in sixth gear. I couldn't get a tow or suck on him. We had to go two-wide in Turn 1 and Turn 2. Scary going wide there. Definitely getting some loose ends.

“Through the race I was doing the high line. I didn't do it in the last stint till two [laps] to go. The tyres were getting old, that's when I wasn't doing the high line because I didn't think it would be able to hold. That was my mistake because the Dale Coyne Racing car was very good and handled it like a breeze.

“It was a bit unfortunate I did it so late. But I guess rookie season, rookie stuff. I'm going to put it in the back of my brain and remember it for next time.” 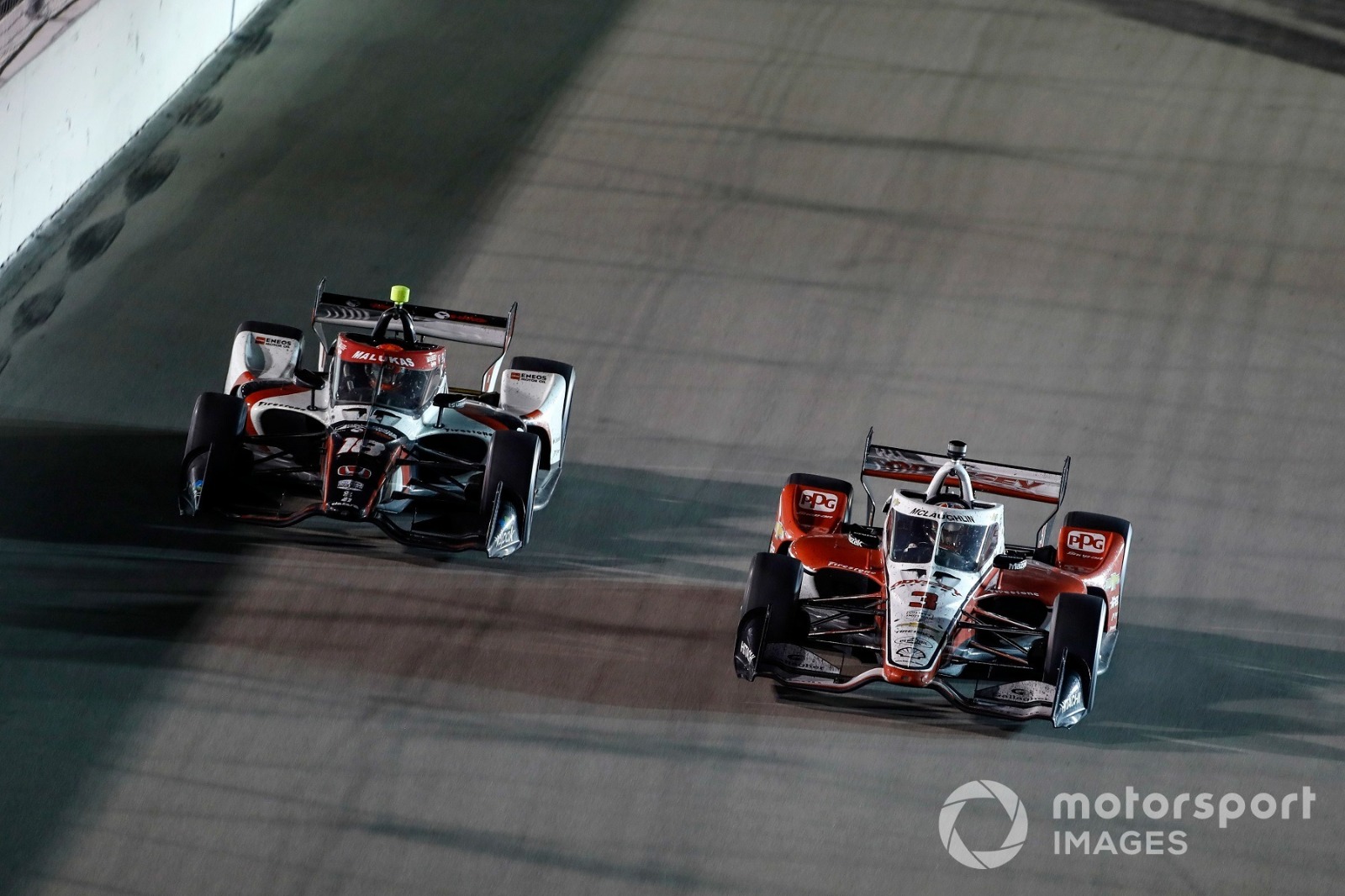 Asked if he could have passed Newgarden with one more lap, Malukas replied: “Maybe, maybe not, I don't know. It's tough: he had lapped traffic. That's the only reason why I could get to McLaughlin and Newgarden.

“Yeah, maybe a bit of a chance. Definitely would have done some stupid thing to get really close to him. It's not like they were slow, they were really quick. It would have been interesting.”

Malukas admitted he felt some awe at getting to fight with Penske cars.

“To me, as a kid, I used to always watch. I could only dream of it. Every time through practice, every time they passed me, I always let them by. It's definitely special to me.

Second place at Gateway has moved Malukas to 11 points behind Christian Lundgaard with two races to go in the fight for top IndyCar rookie honours.