The two-time Indianapolis 500 winner will line up at the back of the 21-car field on Sunday after failing to make gains with the softer compound of Firestone tyres in his first qualifying group.

By contrast, his Penske team-mates Simon Pagenaud and Will Power locked out the front row, with the third car of Helio Castroneves seventh.

"It's kind of weird," said Montoya. "There is no speed in the car.

"It was really good in the morning and I thought we had a decent chance of making the top six, but I put the reds [softer tyres] on and the grip never came.

"Normally the reds come in really good and they go away really fast - for me they came in OK but they just stayed there.

"I could run the same laptimes over and over again. It's not normal.

"I felt we were where we needed to be for qualifying, but we put the reds on and I was thinking, 'what the hell happened?'

Montoya has nine Honda-powered cars between himself and the next-slowest Chevrolet runner, ex-F1 driver Max Chilton in 11th.

"Three Hondas in the top 12, I'm not sure it's true that we have a more even playing field," said James Hinchcliffe, who will start eighth as the second-fastest Honda driver.

Graham Rahal was the fastest Honda runner in sixth, but he said it was hard to pin down where it is losing out to Chevrolet.

"It seems like we're struggling for a bit of horsepower, and everybody is ringing its neck but you're taking risks that are kind of crazy just to get close," said Rahal.

"It feels pretty good to be the fastest Honda - it's become that sort of battle, sadly.

"Is there maybe a little bit that we're lacking? Yes, but I'm not sure it's aerodynamically [as was the case in 2015]. 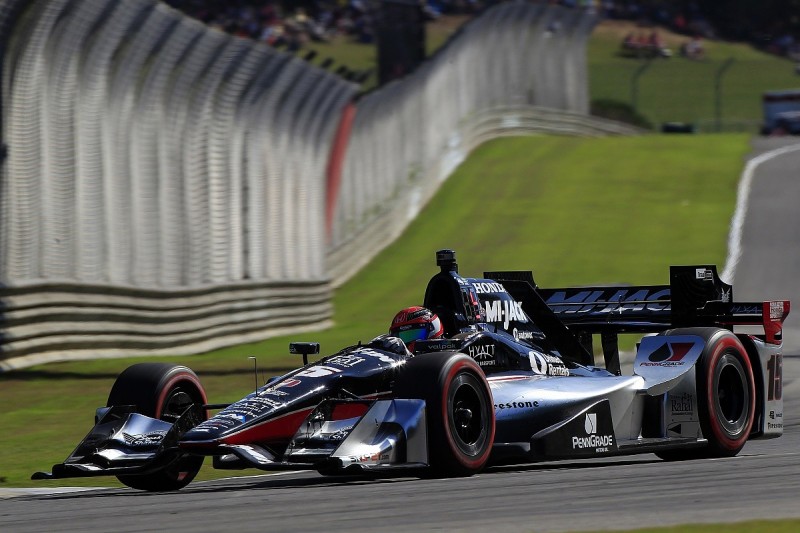