Penske will decide Juan Pablo Montoya's IndyCar future within the next week, with Josef Newgarden and Indianapolis 500 winner Alexander Rossi leading contenders if it chooses to replace the Colombian

The chances of Newgarden - fourth behind Penske's Simon Pagenaud, Will Power and Helio Castroneves in this year's championship - making the switch increased on Thursday when his 2016 team Ed Carpenter Racing announced his departure.

"He is somebody we are considering," Cindric told Autosport.

"It wasn't until [Thursday] that he was in a position to have any kind of real discussion about where his head is and what he wants to do.

"We have given it time and will look at that and a few other scenarios and hopefully by the end of next week have some direction for what we are going to do."

Former Manor Formula 1 driver Rossi also starred in 2016 with his rookie Indy 500 win for Andretti Autosport, finishing between experienced team-mates Carlos Munoz and Ryan Hunter-Reay in 11th in the standings.

"When you look at what he has accomplished this year relative to his team-mates, he has been through a learning year but has some experience," Cindric said.

"To win the Indianapolis 500, whether it's on fuel mileage or otherwise, has shown he can do the job.

"He is still trying to get his head around the street courses here and really how challenging they are relative to what you have in Europe and the smooth tracks and FIA kerbing.

"But certainly without a doubt he is a driver that can win in this series." 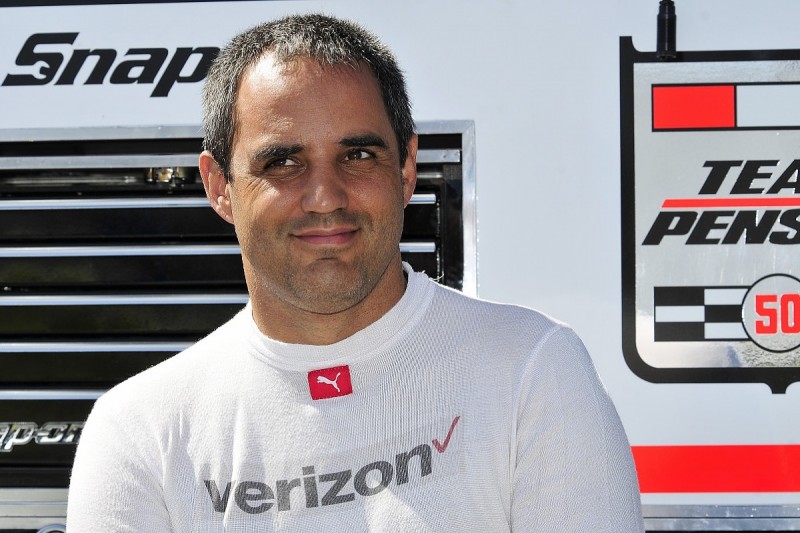 "He's done a great job for our team and we enjoy having him as part of it," Cindric said of Montoya.

"He is always in contention. We sat down and talked to him and said we have to wait until the end of the season to see where it all shakes out and that is where we are now."

Montoya only missed out on the 2015 title to Scott Dixon on a tiebreak and then won the '16 season-opener in St Petersburg.

But he had a poor year thereafter, slipping to eighth in the championship.

"Juan has always shown speed and when you look at the number of cars he passes he's always among the most but for whatever reason he couldn't get any traction in the championship," said Cindric.

"That set the tone for a little while the mid-part of the season. He started to get some results toward the end.

"After the season he had last year, who would have thought he would have been fighting to stay in the top 10 at the end of this season?"