Romain Grosjean says his first IndyCar test on an oval was "different from anything I've done before" in his preparation for his appearance at Gateway next month.

Grosjean is set to make his oval race debut in the Gateway round of the IndyCar calendar on 21 August, having foregone Texas Motor Speedway’s double-header and the Indianapolis 500.

The French driver will be part of a three-car Dale Coyne Racing entry next month, and turned 166 laps to finish the day eighth fastest - albeit after surviving a spin without hitting anything.

“I kept it in one piece on the track, which is good!” the ex-Formula 1 driver told Autosport. “Obviously I have a lot to learn, because it’s different from anything I’ve done before, that’s for sure.

“Everyone who thinks oval racing is easy is quite wrong. It is complicated and there’s a lot you can do with the car.

"I was one of the first ones to think, ‘At ovals you just turn left and it’s flat [on the throttle] through the corner.’ But obviously at Gateway it’s not flat in the corner. There’s a lot you need to do.

Grosjean explained that he was surprised by the setup demands of driving on an oval, and had to get used to the distinct configuration of the car in oval trim.

He also explained that even tiny tweaks in setup can yield a different feeling behind the wheel, and noted that "confidence" was key in extracting as much speed from the car as possible. 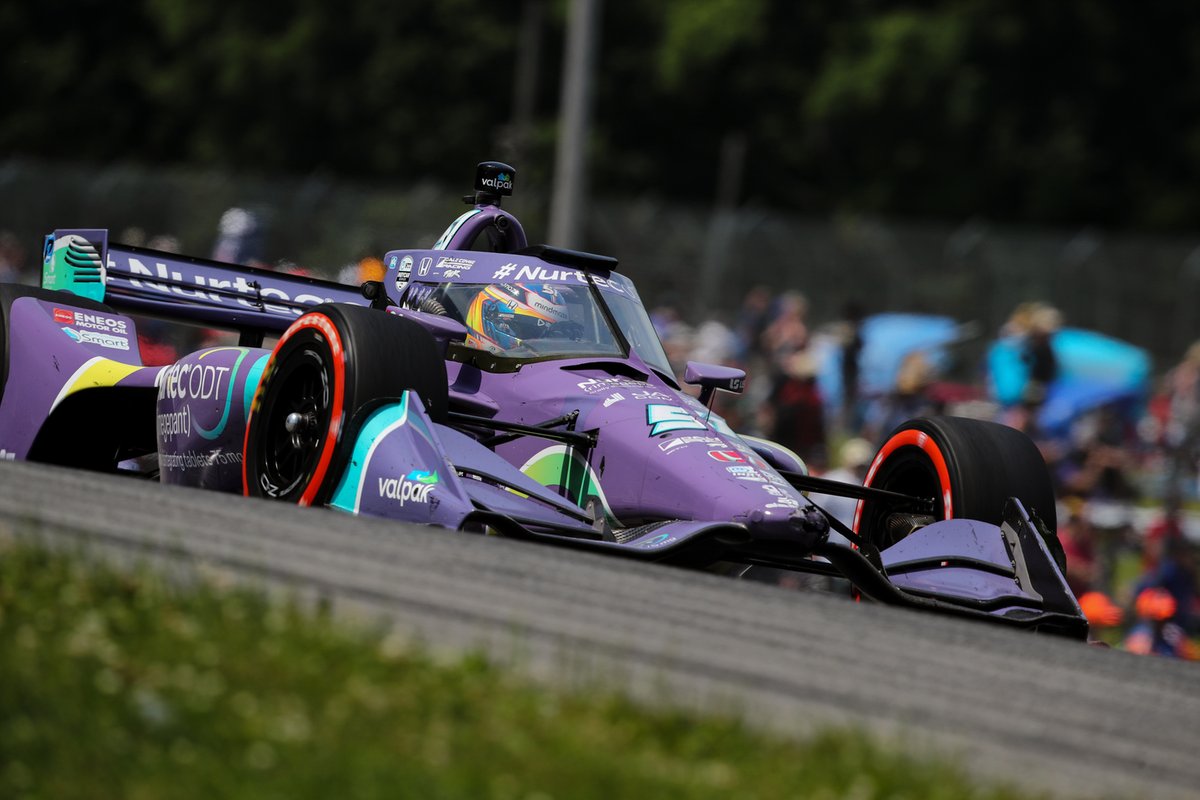 “But it’s very interesting in how the setup should be. They all say the car should be driving itself, and you think, ‘What are you talking about?!’ – I’ve never done that in my life!

"But by the end of the day, yeah, I was very happy with what the car was doing, in a long run and in traffic.

“I was just trying to get my feel on ovals. On ovals, you can really feel a setup change every time you go out.

"You can be 1.5mph off and you think, ‘okay, there’s no way a small change on the car can find that time,’ and that’s because you need confidence and everything that goes with it.”

Grosjean admitted that getting into the habit of looking around the turns was not yet second nature, and had set up his car to pull right on the straights with the steering wheel straight for the turns.

He was keen to emphasise that he is not heading into his first oval race with major expectations, and needs to understand how to race in a pack on an oval course.

“No, this was one test day and the race is always going to be something else,” said the 35-year-old. “I need to learn about racing in a pack on ovals. Conditions are going to change.

“So I wouldn’t say I come in with confidence but I come in prepared and knowing what the car needs to be able to do for me to go fast.”