Power was the last driver to make a qualifying run and will start alongside JR Hildebrand, who held the top spot for most of the session.

Hildebrand recovered from hitting the barrier at Turn 2 during practice earlier in the day, the Ed Carpenter Racing team only needing to replace the rear wing despite the heavy crash.

Further down the order rookie Ed Jones starts from eighth in one of his best qualifying performances of the year. 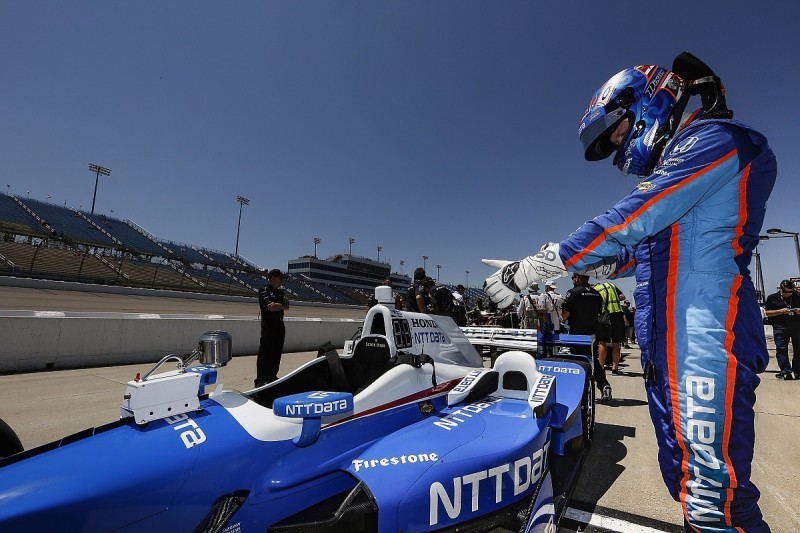 Championship leader Scott Dixon will start down in 17th, after being one of the first drivers to run - along with reigning champion Simon Pagenaud.

The pair found the track to be slippery at the start of the session, with the advantage leaning towards those who ran later in qualifying.

Pagenaud starts slightly higher up, despite having been the first driver to run, in 11th place, alongside Alexander Rossi.

Penske's fourth driver Josef Newgarden could only manage 16th due to a similar running order disadvantage, and will share row eight with Ryan Hunter-Reay.

Carlos Munoz will start from the back having not completed his run due to spinning at Turn 2, in a near carbon-copy of what happened to Hildebrand in practice.